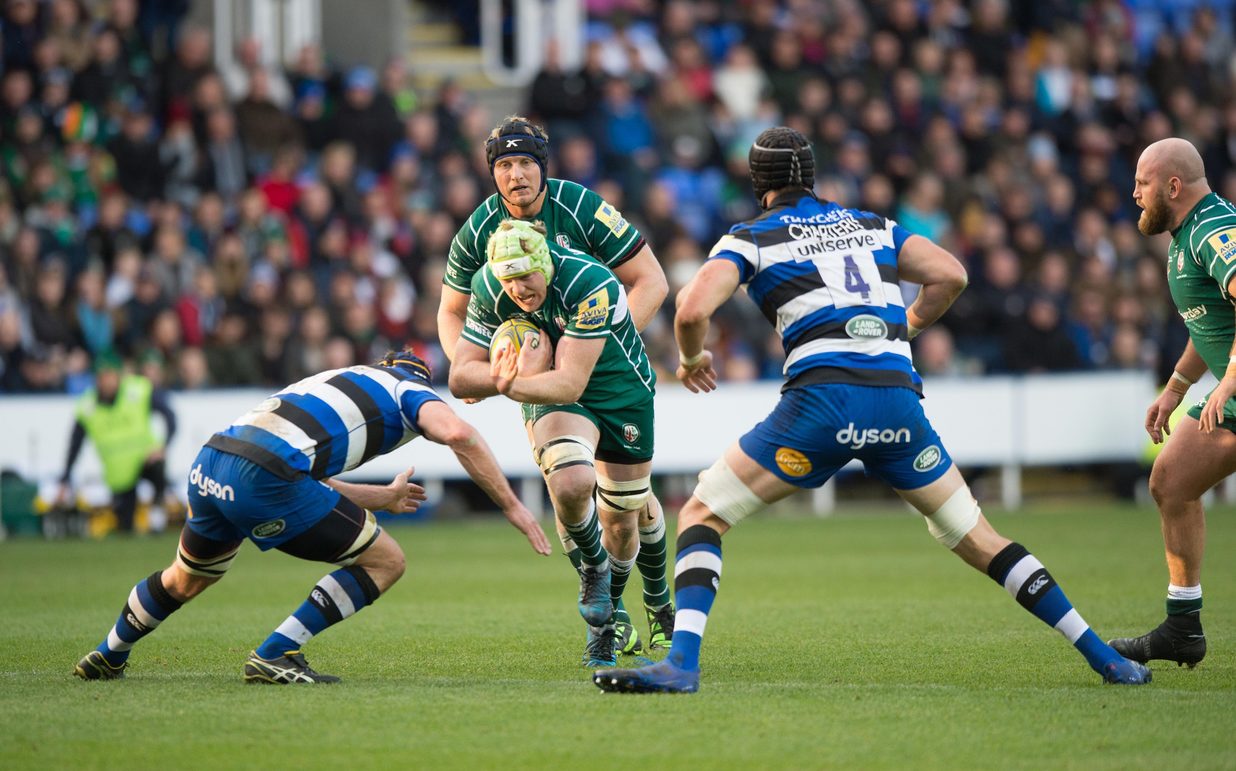 The back row was part of the side that ran out 44-7 winners in the reverse fixture back in October and the 25-year-old believes back to back victories over the Challenge Cup holders would be the perfect tonic going into next week’s Aviva Premiership trip to Worcester Warriors.

“Our focus is on one game at a time, but looking at the bigger picture, a good performance on Saturday would give us real confidence going into the Worcester game,” said the Irishman.

“We’ve shown in recent weeks that we are very competitive against both Bath and Wasps and on another day we could have come away with two wins.

“The most encouraging thing is that our performances have been of a good standard and if we can get a result, then I feel that we could build some momentum which is key at this stage of the season.”

Captained by Italian international Sergio Parisse, Stade Français lifted the European Rugby Challenge Cup last season by virtue of a 25-17 victory over Gloucester at BT Murrayfield. The holders have so far not defended their title in the manner they might have wished, losing their opening two games against Russian outfit Krasny Yar and Irish but were back to winning ways against Krasny Yar last weekend.

“Stade are a quality outfit and we’ll need to be at our very best for the full 80 minutes if we are to record back to back victories against them,” said Gilsenan.

“They have a rich tradition in Europe and they will undoubtedly be itching to get their Challenge Cup campaign back on track. If we play like we did against them in Paris, then we will do well.”

Once perennial challengers for European Rugby’s top prize having been Heineken Cup finalists in 2001 and 2005, Stade are a tantalising prospect for Irish according to Gilsenan.

“Both teams are steeped in history and tradition and it promises to be a really entertaining spectacle for the supporters,” said the Exiles forward.

“Ever since the draw was made in the summer, we’ve been looking forward to going toe to toe with Stade both home and away.”

You can read the full interview in this Saturday’s official match day programme, The Exile, as London Irish take on Stade Français Paris in the European Rugby Challenge Cup at the Madejski Stadium (kick-off 3pm).

With under 13s just £1 throughout the stadium and adult tickets from £18 it will be a great value day out for the whole family. Buy your tickets now through www.lidirect.co.uk or by calling 0118 968 1016 (Monday to Friday 9am to 5pm, Saturday 9am to noon).