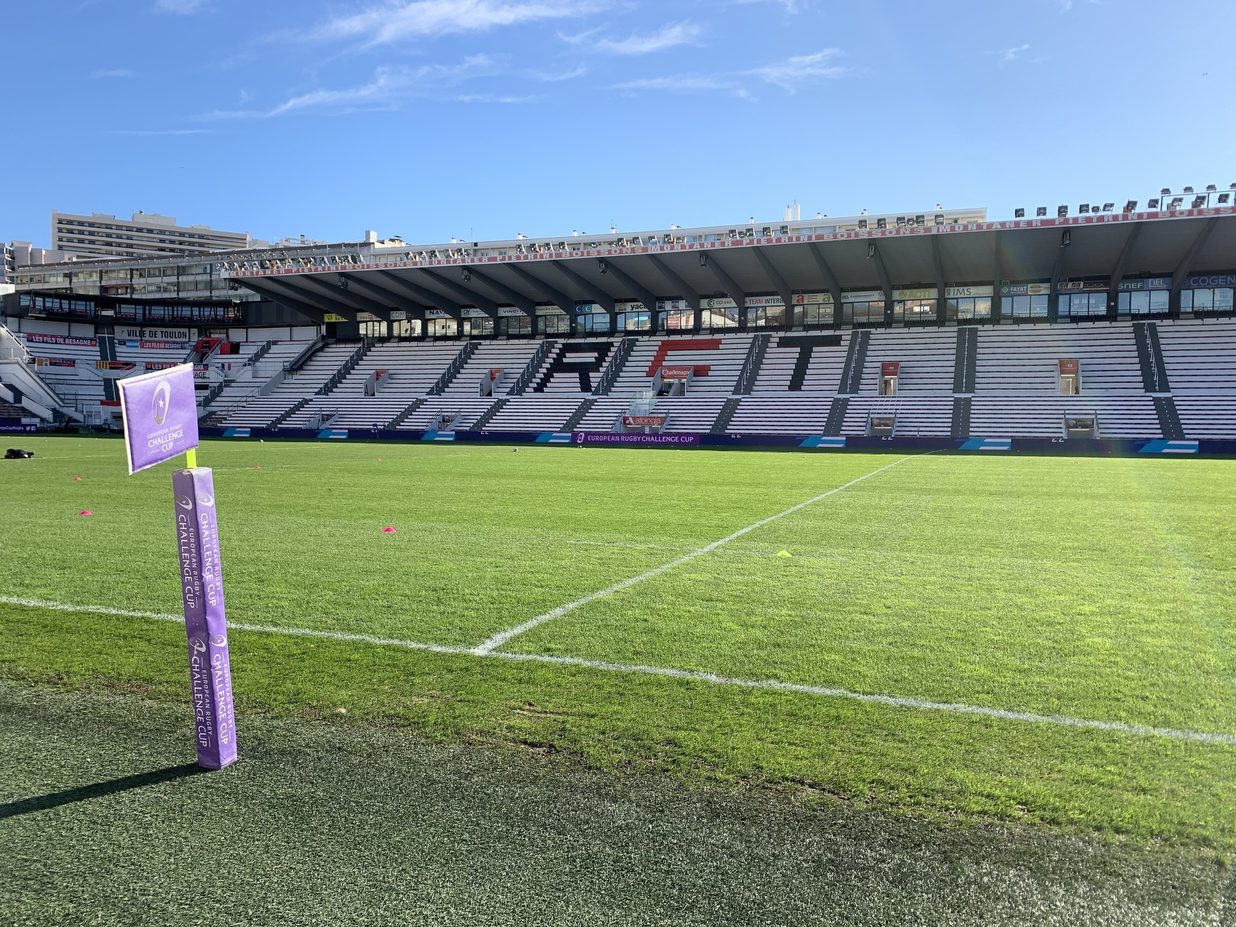 In an eventful match, including a red card for each side, Toulon secured a 37-17 victory over London Irish at the Stade Mayol in Round 3 of the European Challenge Cup.

The hosts got off to the perfect start, with only two minutes on the clock. The French side found a gap in the Exiles’ defence to score under the posts through Baptiste Serin. Anthony Belleau added the conversion, giving them a 7-0 lead.

Strong carries from Barney Maddison, Scott Steele and Steve Mafi kept the hosts on their toes, a sign of the visitor’s attacking intent.

Some quick thinking from Toulon, with 17 minutes gone, ensured a simple penalty in front of the Exiles’ posts and Belleau added three points to the scoreboard.

Irish fought back through Steve Mafi, the Tonga international crashing over the try line from two metres out. Stephen Myler kept his focus from the noisy crowd, slotting home the conversion and cutting the deficit to 10-7.

Just before the half hour mark, prop Pat Cilliers was shown a yellow card. A rolling maul was brought down illegally, and Cilliers was told to spend 10 minutes in the sin bin.

Just two minutes later, Toulon made the extra man count. Scrum-half Baptiste Serin picked the ball from the base of a scrum to score in the corner. The conversion missed and the hosts led 15-7.

The 14 men kept fighting and were rewarded with a penalty in kicking range. Myler stepped up and knocked it through the posts to leave the score at 15-10 as the sides headed off for half-time.

Irish’s defence was holding strong, with Phil Cokanasiga stopping a Toulon break, cleverly ripping the ball from an attacker in a threatening position.

However, on 55 minutes, the home side did find their way over the line. Winger Ramiro Moyano chased a well-timed kick over the top to dive on it and add five points.

With the crowd well behind the hosts, they went over for their fourth try, exploiting a gap in the Exiles’ defence to score under the posts. After the conversion was added, Toulon led 27-10.

On 68 minutes, Irish saw an opportunity to get back into the match when Theo Dachary was show a red card for a high tackle off the ball.

However, just two minutes later, Irish had a red card of their own. TJ Ioane shown the same card for his high tackle. From the resulting penalty, Belleau added three points to extend the host’s lead to 30-10.

Irish showed their grit and determination to continue fighting on 76 minutes. Ben Meehan’s delayed pass allowed for Tom Fowlie to glide over and score. Myler added the extras and the score was 30-17.

It was the hosts that would have the last say and, with the clock in red, a clever cross field kick allowed for the Top 14 side to extend their lead and post a final score of 37-17.