Competition for places spurs on Ellis 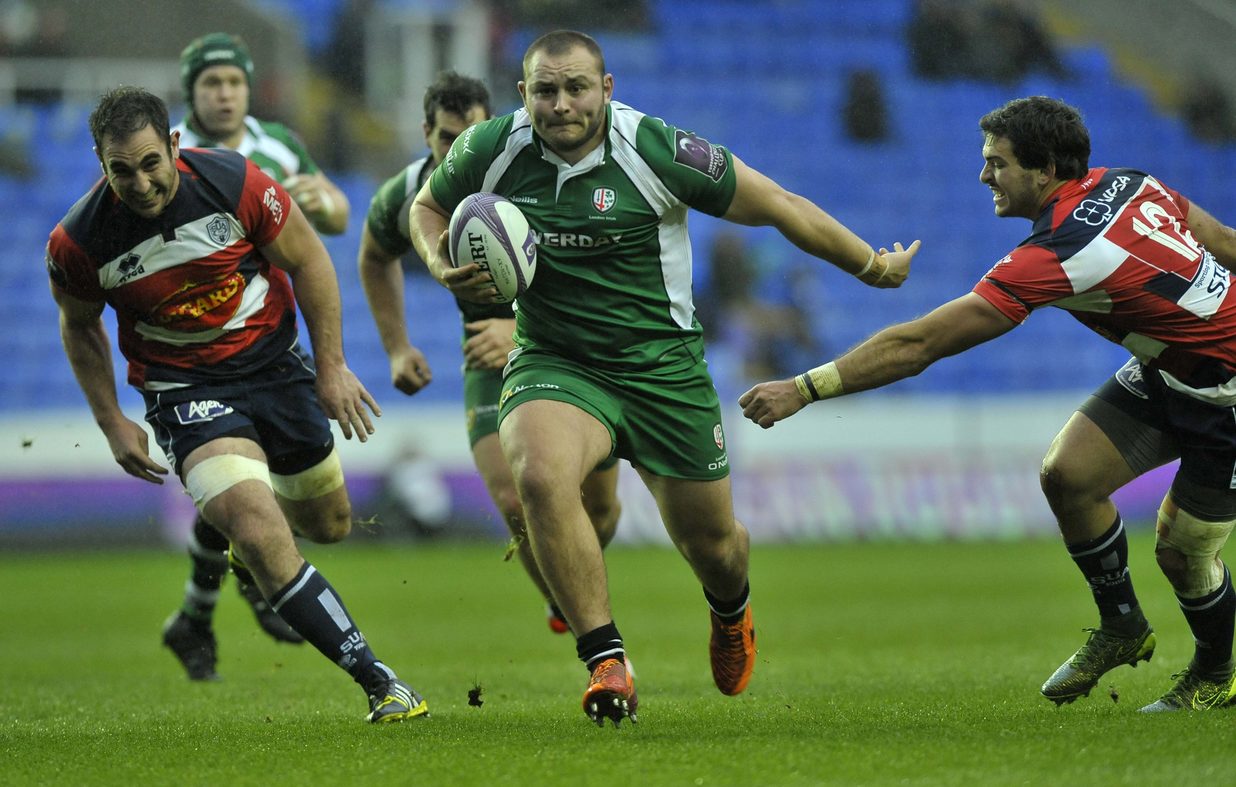 London Irish Hooker Gerard Ellis says that the competition for places this year is bigger than ever, talking to the Club’s website after Saturday’s European Challenge Cup victory against Edinburgh at Madejski Stadium.

Ellis started in the side that beat Edinburgh in the Challenge Cup as the Exiles took control of the pool. He said that the competition has never been so high in his time at the Club: “Competition has been much higher than it has been in any other season I’ve been here. It’s great because competition strives you to become a better player and it really pushes you on.”

The former Llandovery College student is one of four hookers in the squad and says that having that sort of competition for selection benefits the team: “We’ve got four really good hookers and it’s probably the most contested position, so when you get the opportunity you just have to put your hand up and hope that you’ve done enough at the weekend to merit a run of games.

“In training we all help each other out, giving each other tips. The competition is definitely what the squad needs and going forward it’s only ever going to be more so. We’ve got the Academy players like Johnny Williams, Theo Brophy-Clews and Ollie Curry getting a couple of run outs too which is good to see.”

The Irish defence was resilient on Saturday, restricting Edinburgh to just two penalties and Ellis was pleased to see the work the players are putting in on the training field pay off, saying: “It was nice to get a game that portrayed what we do on the training pitch every week. We’re out there every week putting in tackles and working hard on our defence. It’s something Grant has really worked hard on, bringing a mind-set of always going forward and always trying to make those dominant tackles and I think this weekend was a big step forward for us.”

One of the Exiles tries came from a good bit of defensive play and Ellis believes it was the defence that helped them to the win and top of the pool. “We won a lot of gain lines and it just shows that when you’re putting a team backwards in defence and they kick you the ball it’s what we can do with it.  Andrew Fenby’s first try came from a good defensive block. They kicked it and we scored from the first phase, so it shows that defensive can be the best form of attack.”

Looking ahead to London Irish’s next game away to Edinburgh at Murrayfield, Ellis knows the Scottish outfit will be a different prospect on home soil. He continued saying “We’re under no illusions that they rested a few players last weekend,  you can only beat what’s put in front of you but we’re fully expecting them put their big players back out. Scotland is a tough place to go and play, Murrayfield in particular, it’s a bit of a fortress for them and they play a good style of rugby up there.

“It’s going to be a bit of a step up from last weekend but hopefully we can get some work done on the training ground this week and just continue as before.”

Back to back fixtures against the same opposition can be a positive as Ellis alludes to saying, “you know what’s coming and you’re better prepared. The boys are looking forward to it, we just want to get up there and work hard to get a result to put us in a great position in the pool.”