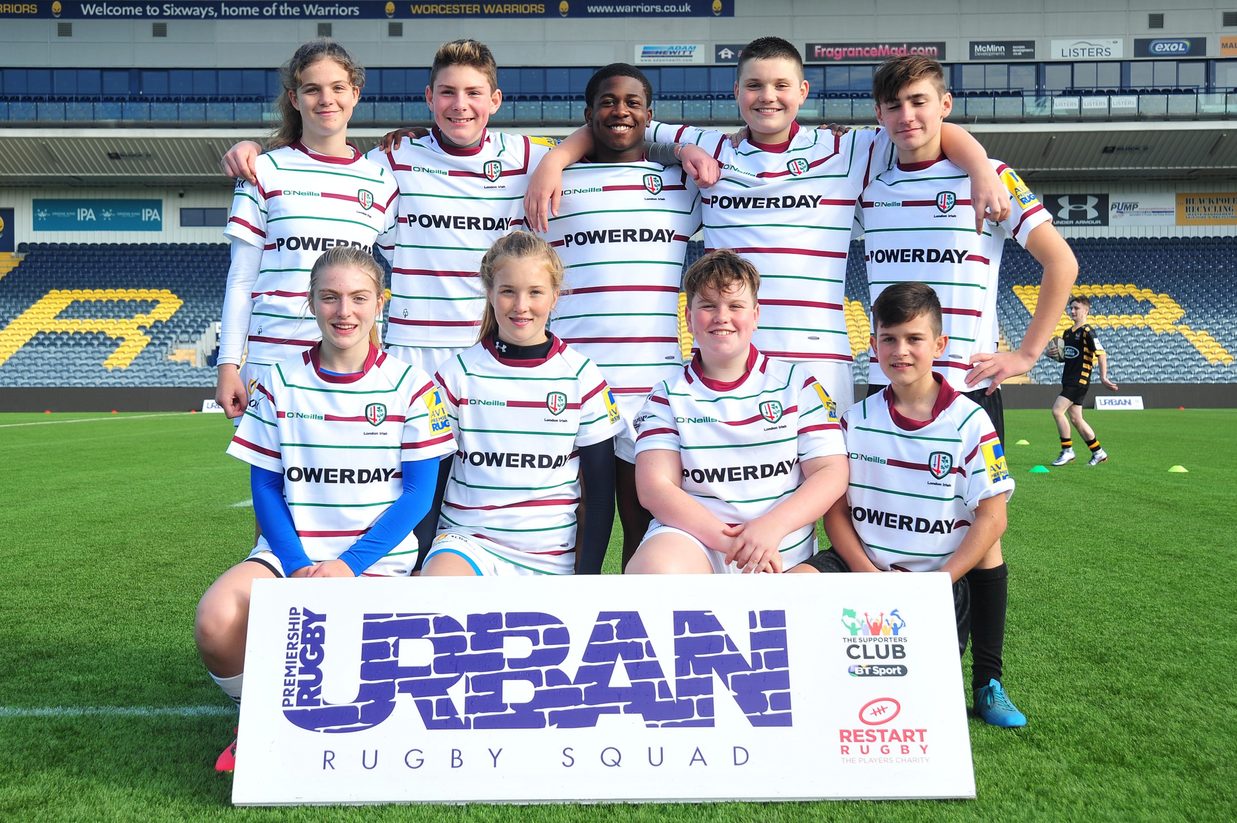 Over 150 youngsters turned out at Worcester’ home ground to compete for the Urban Rugby Squad National Festival trophy and the young Exiles made it all the way to the semi-finals before losing out to eventual winners Northampton Saints.

Representatives from every Premiership club, as well as Championship side Irish – including boys and girls from diverse backgrounds, many of whom had never played rugby before – turned out in a fine day's action at Sixways.

The Urban Rugby Squad is a ground-breaking initiative run by Premiership Rugby and its clubs, helping 1,000 young people aged 14-16 from disadvantaged communities across England.

In its first year, the scheme helped 778 young people and delivered 136 personal development workshops on topics such as anger management and sexual health.

And Lawrence – who also coaches with Richmond Ladies – was ecstatic with the way his side had come together on the day.

“I am really proud, we have a couple of guys in there who know each other, but to have never played together before they have done really well,” Lawrence said.

“We played some really nice stuff and it is great to see them enjoying themselves.

“It is hugely important to get as many people as possible into the game. It is a game for everyone – you can see that when you watch it on the television.

“Getting kids from all backgrounds together and bringing them to an event where they can all enjoy themselves is fantastic.”

With tickets to see the Premiership Rugby final at Twickenham on offer, there was some spectacular running rugby on display as 13 sides aimed to seal a trip to the top-flight showpiece.

Though there could be only one winner, Lawrence was extremely happy with the way his side performed during a once-in-a-lifetime experience.

He said: “Coming and playing at a Premiership side’s stadium is a huge draw and adds to the players’ experience.

“It makes them give it that little bit extra because they can imagine themselves in five, six, seven years’ time running out onto the pitch themselves.

“If we have kids coming from non-rugby backgrounds who then go home to their friends and family and tell them how good a time they had, it will make them more inclined to join a club.”

For more information about Premiership Rugby’s Urban Rugby Squad, run in partnership with BT Sport’s The Supporters Club, the broadcaster’s initiative that aims to build a better world through sport, and Restart Rugby, the Official Charity of The Rugby Players’ Association (RPA), please visit http://www.premiershiprugby.com/urban-rugby-squad/ and the join the conversation #RugbyChangingLives