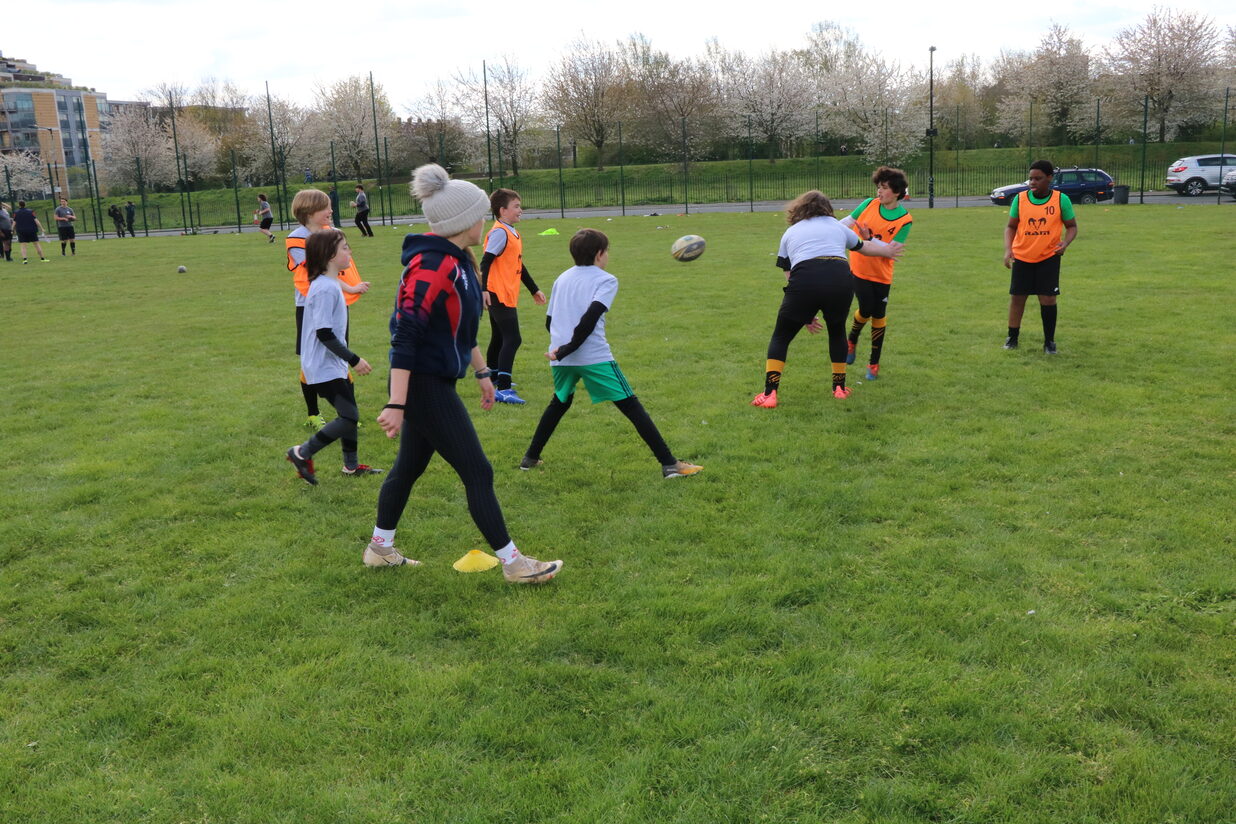 London Irish’s community team have been busy out and about in the local community since the COVID-19 restrictions have been lifted in recent weeks.

Over 250 children participated at four sold out camps throughout the Easter holidays - Southwark, Cheam and Daneshill, as well as an inaugural England Touch camp - to great success.

Mat Heeks, Head of Community, said: “It was amazing to be back on the grass and delivering projects to the kids again.

“There was a real enthusiasm from them all after the long break we’ve all encountered - and great fun was had by them all.”

Mat’s views were replicated by the parents of some of the children too.

“Both boys really enjoyed the two days training camp - they were very pleased with their London Irish t-shirts” and “It was really good to see one of these camps held more in inner city London than further out, making it easier for people to get to by public transport” were two of the pieces of feedback we received in the wake of the camps concluding.

Details regarding future camps will be available soon via the club’s media platforms.