Coleman: We focus only on what we can bring 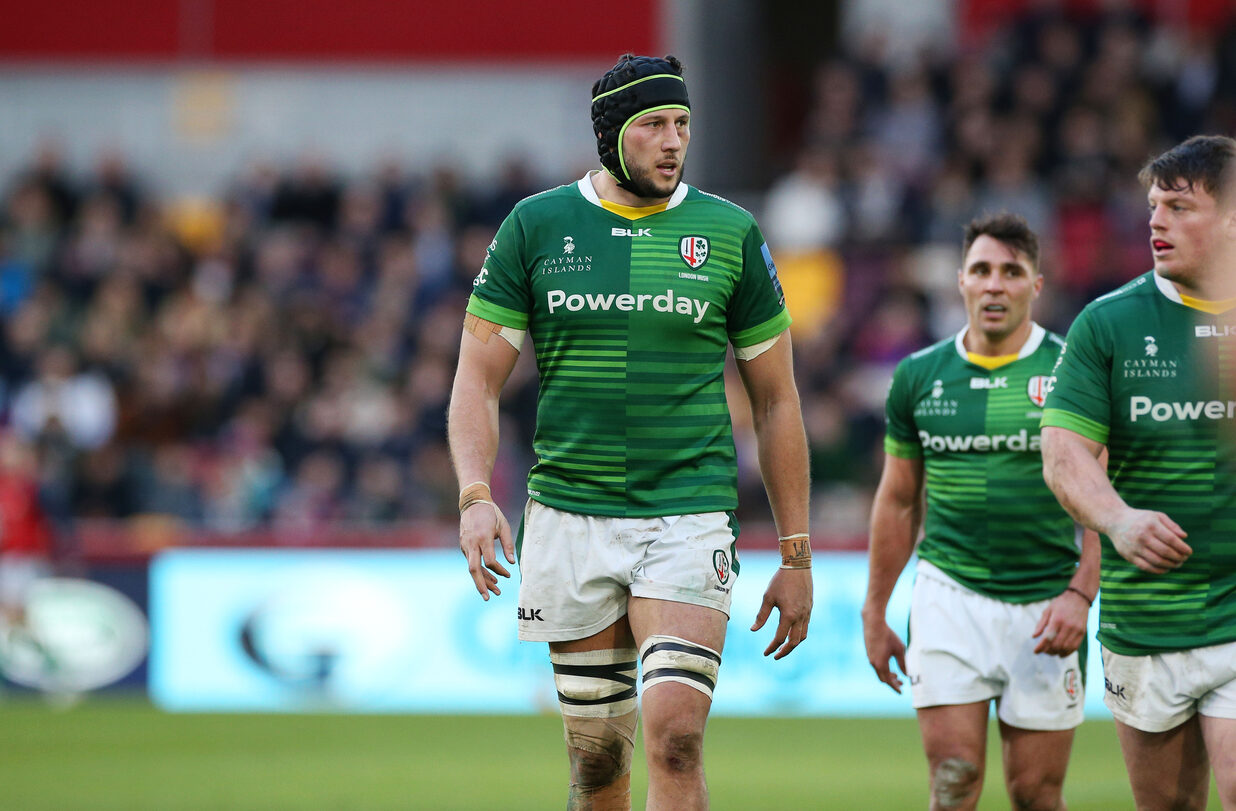 Adam Coleman has asserted that London Irish’s focus is addressing their strengths and weaknesses ahead of their EPCR Challenge Cup quarter-final tie against RC Toulonnais on Sunday.

Coleman will take to the field alongside compatriot Rob Simmons in the second-row in what promises to be a physical battle with the three-time Heineken Champions Cup victors at the Stade Félix Mayol.

The lock divulged how life in the Premiership differs to that of his Super Rugby beginnings and how each week offers up distinct obstacles to overcome.

“There are different learnings to take on in the Premiership when you first come here,” Coleman explained.

“In Australia, you’re used to a certain style of playing and when you come here you learn how different teams and different players play the game.

“It’s been invaluable for my knowledge and to grow me as a player and person.

“When the opportunity first came up to move across the ditch, we chose as a family that it would be best to make the move, and in doing so I have spent a lot more time with my family.

“In Super Rugby, you spend a lot more time travelling and less time with the family, and with three kids now that time is invaluable- it takes a toll on your body when you travel through time zones, and by the end of the season you realise how tired your body is just from traveling.”

Coleman’s return to action earlier on this season has seen him play a crucial role within Irish’s tight five as the Exiles have progressed deep into cup competition and kept Champions Cup qualification ambitions alive.

Irish’s electric playing style has impressed those within the Hazelwood confines and beyond, Coleman being no exception, with the Exiles tactical outlook dovetailing with a core sense of belief that has carried them through adversity.

“I think the improvement we have made from last year has been significant, and we have really been trying to build some consistency throughout the year.

“Declan has said after the Wasps game to the boys that you can’t coach heart, the boys came back from 25 points down and to get the draw, it’s very pleasing for our squad.

“Myself and the boys really enjoy the football here, we throw the ball around and it’s not too dissimilar from back home so it is almost like a home from home.”

Coleman recognises the squad have reached a level of stability, particularly with the introduction of young talents that have shone bright of late that could have their effect on the international scene.

He elaborated: “There have been a few stars coming through the ranks here at London Irish, and I couldn’t be prouder of those boys.

“They’ve come through the under-20s and Academy programme and are now on the fringes of the England squad, Will Goodrick-Clarke, Henry Arundell, Will Joseph, and that’s just a handful.

“They’ve really earned their spot in the team and are still so young, it’s great to see.”

“If you purely look at how competitive the Premiership is as a competition here, I think England will be a very good team come the World Cup.

“The Premiership is up there with one of the best competitions in the world, if not the best, and the structure they have here is very impressive in terms of the tiered Academy systems, it’s fantastic.”

The proposition of taking on Toulon and players like opposite number Eben Etzebeth, who he describes as a “world-class player”, don’t come along often and is something Coleman eagerly anticipates ahead of Sunday’s fixture.

“[Eben Etzebeth] is obviously a world-class player and has been playing at the top of the sport for a long time now.

“It’s an exciting challenge for us to go down to Toulon and play those boys in their house.

“They didn’t get the results they wanted at the start of the season but now they have some momentum towards the back end of the season, which is great for them.

“It ebbs and flows and we haven’t looked too much at that, for us going down there we’re focused on what we can bring to the game.

“They have got a very big forward pack and they have some flarey backs, it promises to be a good spectacle.”