Christmas Party at the Bath Game! 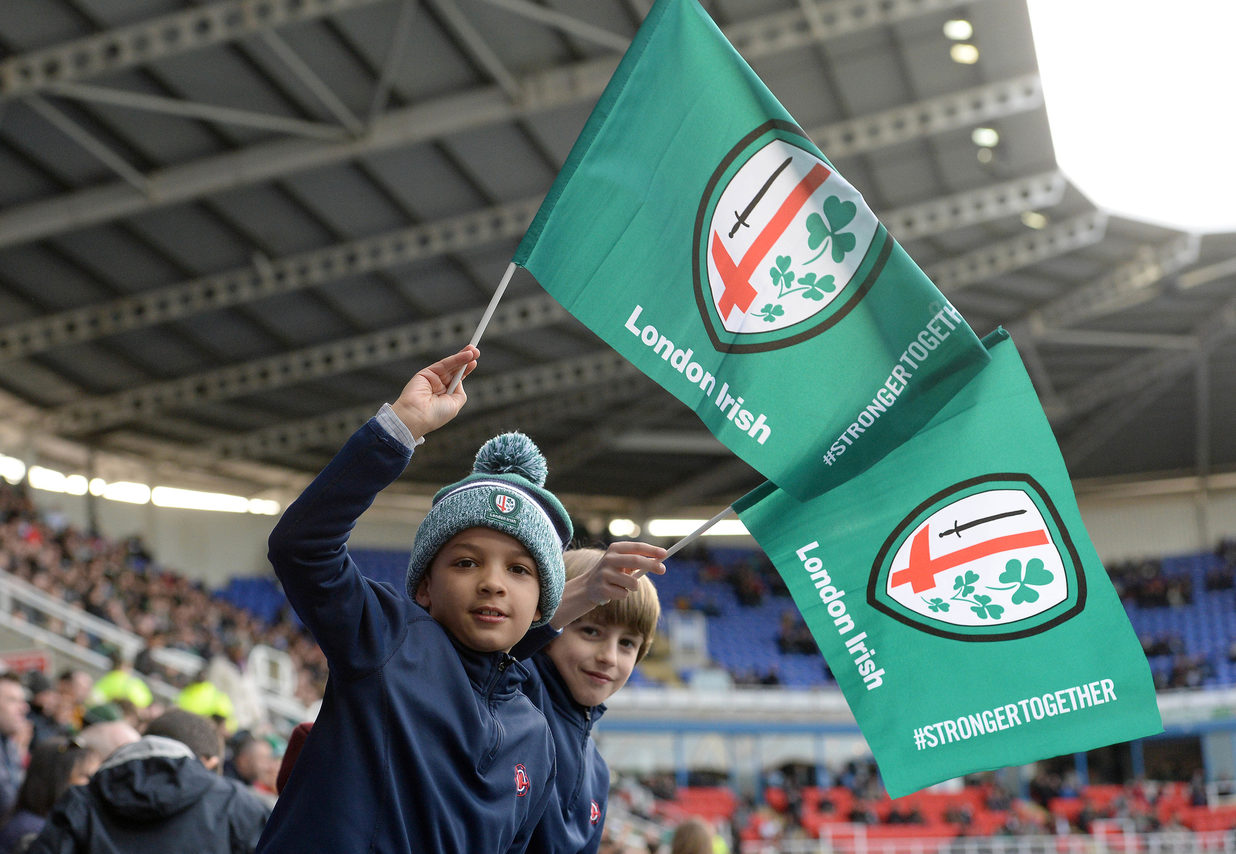 London Irish will be kicking off the Christmas celebrations at the Bath Rugby game on Sunday 22 December (kick-off 3pm) when the Gallagher Premiership returns to the Madejski Stadium.

Following a second break for the European Rugby Challenge Cup, the Gallagher Premiership will return to the Madejski Stadium for what promises to be a thrilling encounter. The Exiles’ last Premiership outings saw a bonus-point victory over Leicester Tigers followed by a scintillating display at Ashton Gate that saw a dead heat against top of the table Bristol, and with new signings arriving thick and fast, the squad will be looking to build on that momentum to keep pushing up the table.

Off the pitch, a Christmas Village will provide a host of festive entertainment and activities to get supporters into the Christmas spirit before and after the game.

Celtic rock band the BibleCode Sundays will be performing in the North Stand concourse before and after the game, with a range of activities for all ages including a Rodeo Reindeer, free face painting and glitter tattoos, games and inflatables.

The Village will extend outside the North Stand concourse where there will be free-to-ride dodgems, surrounded by a host of refreshments including popcorn, candy floss and food stalls, as well as Irish coffee, mulled wine and free mince pies.

Pat Cilliers’ Fines Master Gin ‘Sin Bin’ will be in situ, where supporters can enjoy a Fines Master gin & tonic or special mulled wine with gin.

The club is also offering one lucky supporter the opportunity to experience the day in style, with the chance to win a private hospitality box for them and nine friends. Food and drink will be included in the box, with visits from first team players at half-time and a signed shirt for the winner. To enter, simply fill in your details here. The winner will be selected on 11 December.

You can be part of the club’s biggest game of the season so far and begin your festivities with a bang, with a family ticket including two adult and two over 65 or child tickets for just £54 - working out at only £13.50 each.

Make sure you are a part of our biggest attendance of the season so far, with tickets starting from £32 for adults and £9 for kids, as well as a family ticket from just £54 (That’s £13.50 each)!

Tickets in the centre blocks are very limited so book soon to secure your seat. Buy online by clicking here or call 0118 968 1016.