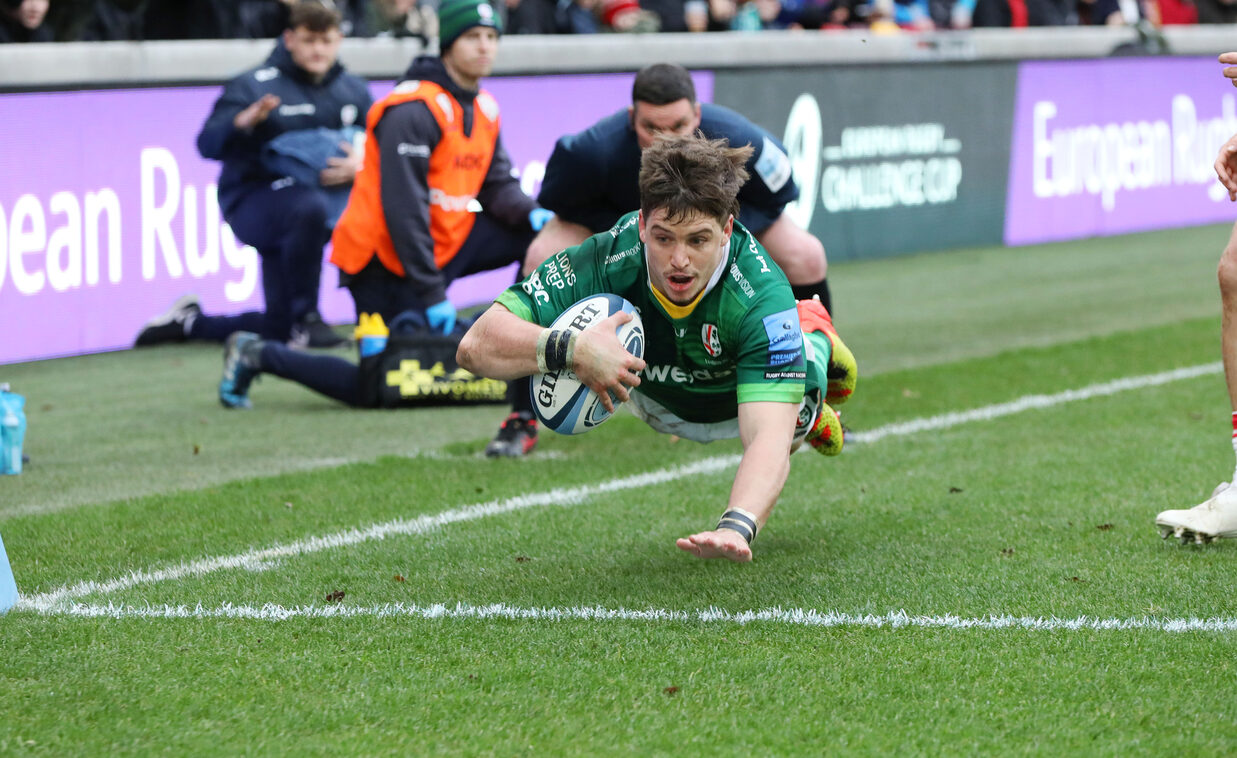 Benhard van Rensburg was the toast of the party on Saturday afternoon at the Brentford Community Stadium - and rightly so!

Irish’s two-try hero produced yet another outstanding individual display in a fantastic team performance, as Declan Kidney’s side dug deep to secure a famous last-gasp win against Saracens.

van Rensburg was the star of the show in the first half, scoring two fine tries, as Irish went into the break 12-10 up.

But - having been reduced to 14 men when Adam Coleman saw red late on - the Exiles trailed by two with just seconds on the clock.

Yet this Irish side never give up and their reward for - in van Rensburg’s words ‘fighting all the way - came in the form of a last-gasp Paddy Jackson penalty, which helped clinch a 32-30 win!

“To get the win, in the manner we did it, fighting all the way to win it with the last kick of the game, was just amazing.

“You could see the smiles on the boys faces at the full-time whistle and the reaction from the crowd - it was a special moment.”

Reflecting on his two-try salvo, the South African added: “We combined really well as a backline, making the most of the opportunities that came our way as a result of a lot of good forward play.

“I’m just grateful I could get on the end of two of them in the first half to score.”

The 25 year-old is clearly loving life in a London Irish jersey - and he’s excited about what lies ahead as the business end of the season looms large.

“The character and mindset of this group is that we’re never beaten,” he said.

“We always keep going to the end - that’s something we pride ourselves on.

“We’re moving up the ladder now and hopefully we can continue to do that over the coming weeks.”