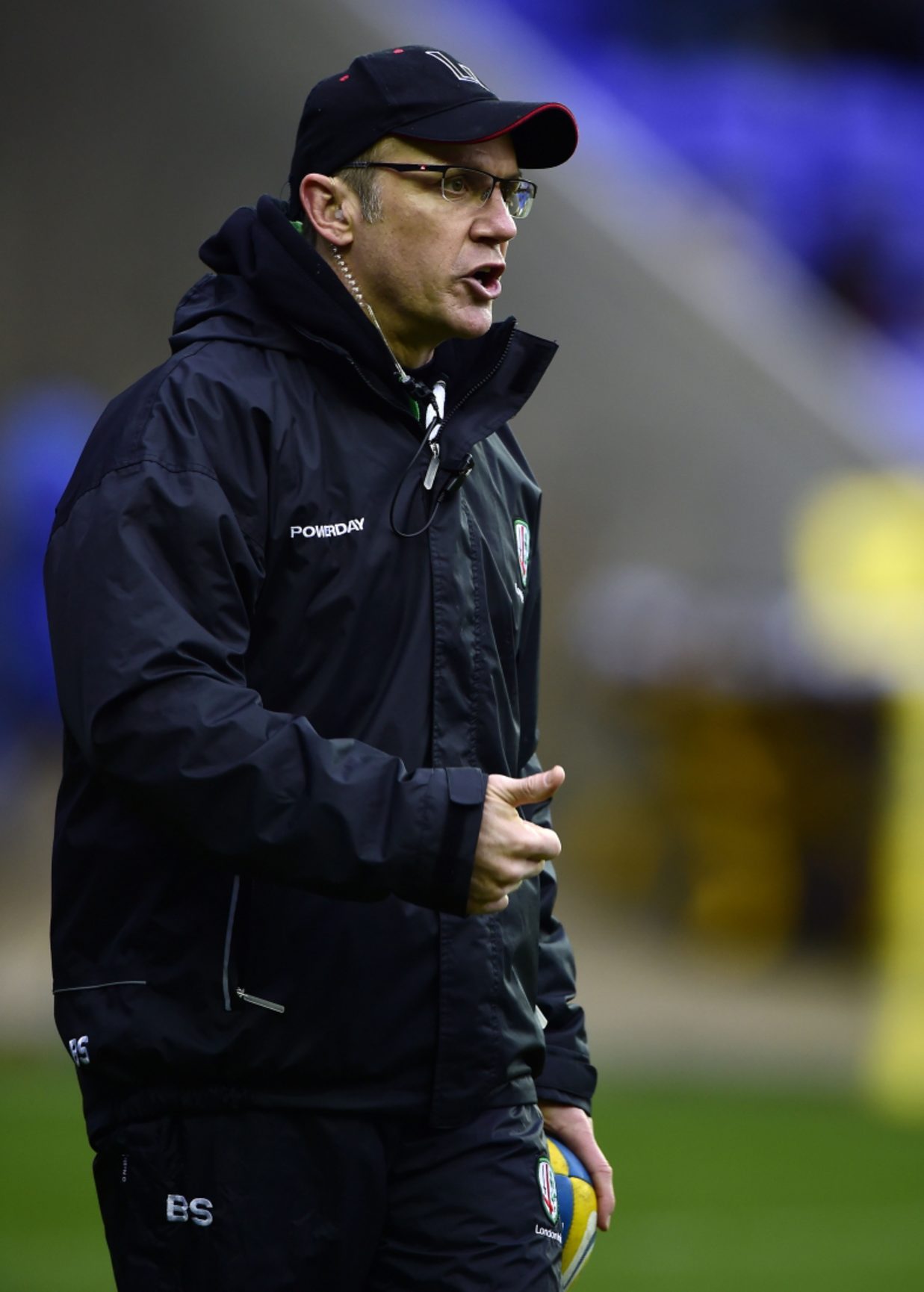 London Irish announced today (January 13th) that it has granted Director of Rugby Brian Smith early release from his contract that was due to expire on 30th June 2015 on compassionate grounds and he will return to Australia for family reasons.

Over the past decade Brian Smith had two spells with London Irish as Director of Rugby.   In the first between 2005 and 2008 he took the Club to third place in the Premiership and to the final of the European Challenge Cup.  He also led the Club to a memorable Heineken Cup semi-final with Toulouse at Twickenham in April 2008.  He was released by the Club in July of that year to join the RFU as England attack coach.

Since his return to the Exiles in 2012, times have been more challenging for the Club and Brian has ensured that it retained its Premiership status for three successive seasons.

Commenting on the announcement, David FitzGerald, Executive Chairman of London Irish said, “London Irish is grateful to Brian Smith for the contribution he has made to the Club.  He led us to the greatest experience we’ve had to date of European rugby and introduced some great players to the Club.

“We believe that, following Sunday’s results at Madejski Stadium and Kingston Park, our Premiership status for next season is more or less secure and allows us to focus on preparing for next season.

“All involved with London Irish, especially the new owners, would like to personally thank Brian for his considerable contribution over the last two and a half years and wish him and his family well for the future.”

Brian Smith said: “My family has to be my priority right now which is why I have asked to be released from my contract early. I have thoroughly enjoyed my 10 year association with London Irish and will look back on my time with fond memories.”

Glenn Delaney, the Club’s Forwards Coach, will take on the role of interim Head Coach between now and the end of the season.  He will be assisted by Richard Whiffin and Mark Tainton and the Club’s Academy coaching team of Nick Kennedy, Declan Danaher and Paul Hodgson.

London Irish will confirm a new Head Coach for the 2015/16 season in due course.