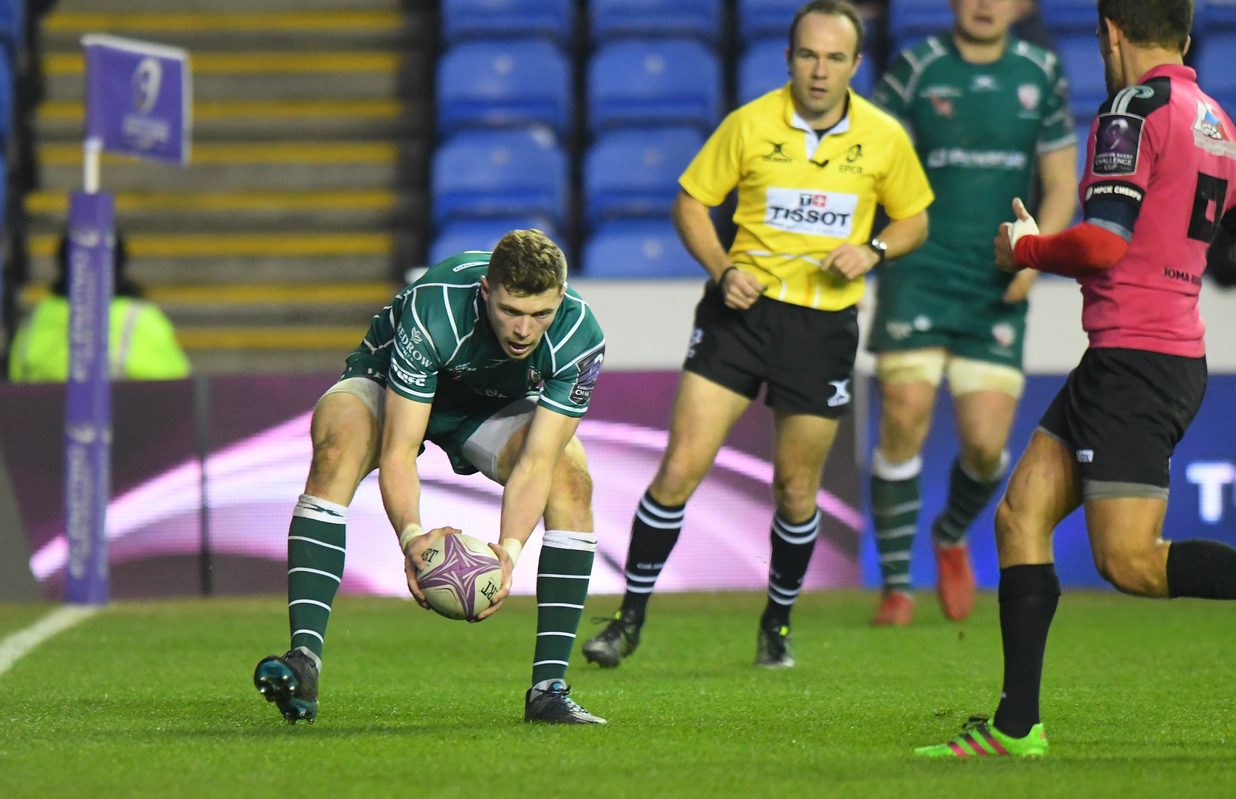 Theo Brophy Clews is the latest player to pin his colours to London Irish, the fleet footed fly-half extending his contract with the club.

The 20-year-old has made 35 appearances for the Exiles since making his first team bow in 2015 and is highly regarded as one of the brightest young talents in the country. Scoring four tries during Saturday’s European Rugby Challenge Cup triumph over Krasny Yar, the Oxford born playmaker is closing in on 100 career points with Irish.

Brophy Clews crossed the whitewash on his debut against the Scarlets in the Anglo-Welsh Cup in 2015 at the tender age of 17, placing him in the Exiles’ record books as the club’s youngest ever try-scorer.

Playing an integral role in helping England Under-20s lift the 2016 World Rugby U20 Championship and 2017 Six Nations titles, the former Abingdon School pupil has made 10 appearances this campaign.

Excited to continue his journey with the men in green, Brophy Clews said: “London Irish is a club that I have wanted to be part of for a very long time and I’ve loved my time here so far.

“I feel a lot of loyalty towards the club and I’ve appreciated the opportunities that I’ve been given as well as the support of the coaches, medical team and the strength and conditioning department.

“There are a lot of great people at the club and I’m excited about my future here at London Irish.”

Exiles’ director of rugby Nick Kennedy said: “Theo has come on immensely as a player and will continue to get better and better.

“At the age of 20, he’s already played a considerable amount of first team rugby and this has helped him to progress his game to a high standard.”