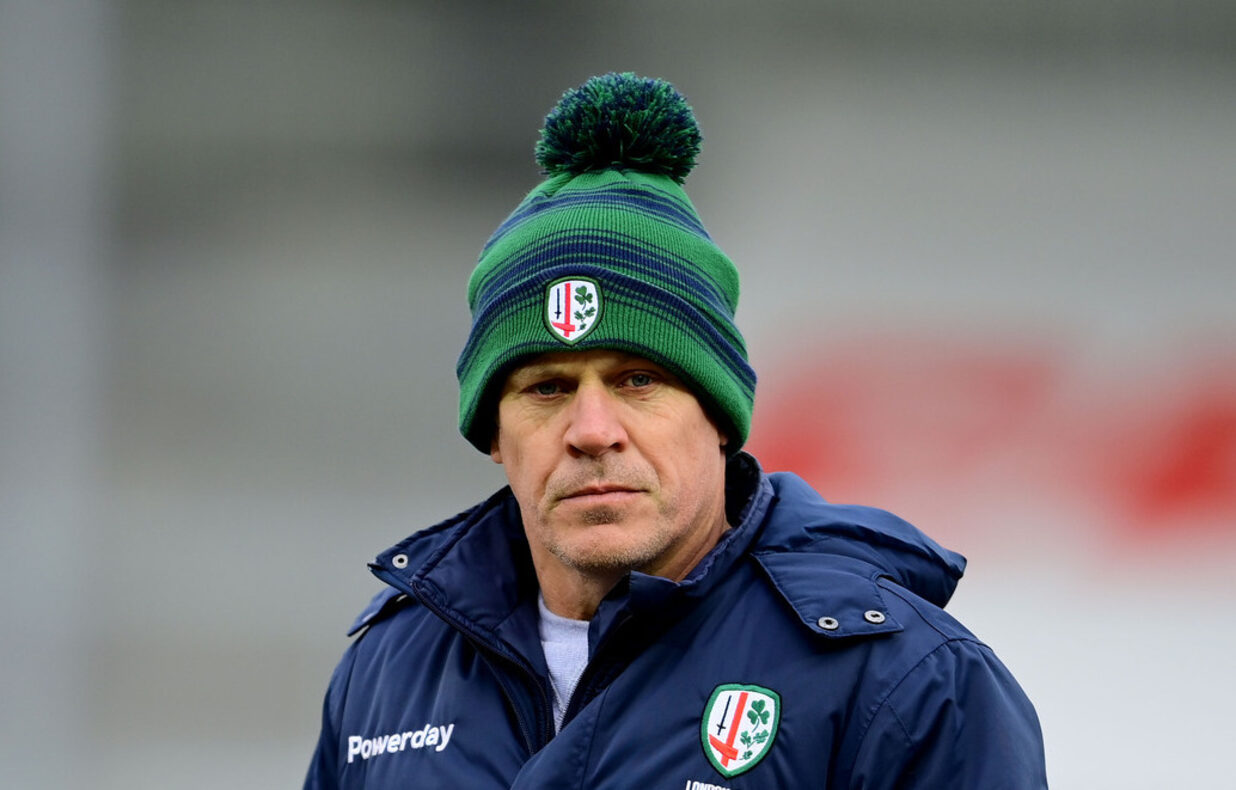 Brad Davis is expecting a positive response from London Irish, when Bristol Bears come to town this weekend.

Irish head into the game in the wake of a 26-3 defeat at Exeter Chiefs last Saturday – a result that saw their recent fine run of form come to an end at Sandy Park, the home of the domestic and European champions.

Speaking ahead of the visit of Bristol – the current table-toppers in the Gallagher Premiership – this weekend, Davis was in reflective mood when looking back on the loss at Exeter, commenting: “Last weekend was disappointing.

“We reviewed the game quite honestly with the players this week.

“There were a few learnings from the game that we’ve looked at during the week at Hazelwood.”

Davis added: “Exeter are a top team and we weren’t at our best in that game – we looked a bit heavy legged.

“Sometimes you can look through all the analytics, but other times you can just see things with the eye and I thought we were a bit sluggish in some areas.

“We didn’t get blown away in the game, but I felt we looked a little bit leg weary and just weren’t on it in between the moments from contact to contact.

“We had one game in five weeks for various COVID-related reasons – and then all of a sudden three games on the bounce, so that is a consideration too."

Bristol are the visitors to the Brentford Community Stadium this weekend – and Davis is well aware of the task at hand.

The Bears sit top of the table going into Round 10 – with Pat Lam’s side heading into the game in the wake of a narrow 18-17 victory over Gloucester last weekend.

“Bristol are a really good side, they’re top of the table for a reason” said Davis.

“Trying to analyse them can send you crazy because of the variation to their game.

“They work incredibly hard to execute their game-plan and there’s a real prescribed plan to get their best players on the ball.

“We’re going to have to be super smart, we can’t give them space and time.

“I expect to see a positive spike from our boys this weekend though – our focus is on producing another strong performance at home on Sunday.”