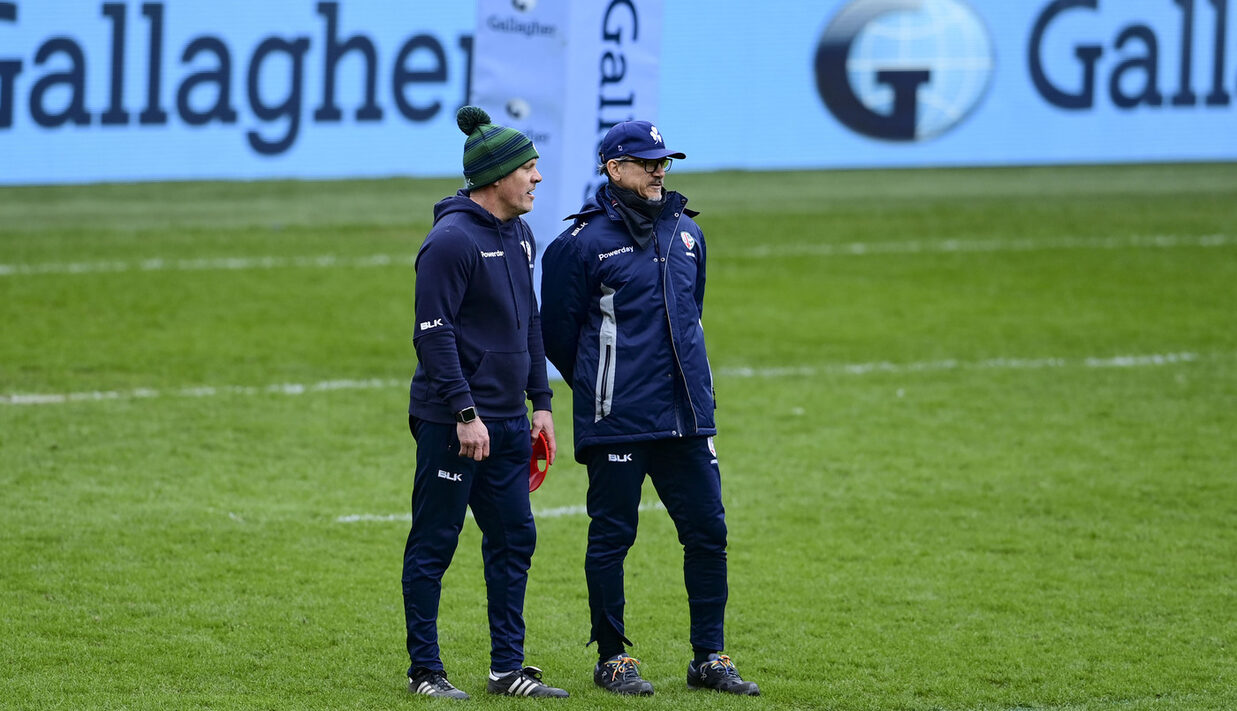 Assistant Coach Brad Davis is looking forward to the test that Cardiff Blues will bring to the Brentford Community Stadium on Friday night in the Round of 16 knock-out clash in the European Rugby Challenge Cup.

Both sides head into the hotly-anticipated contest on the back of victories, with London Irish overcoming Bath Rugby 36-33 and Cardiff Blues defeating Edinburgh 34-16 a fortnight ago, setting it up for what Davis believes will be a tough encounter in west London.

“The boys are really excited. It was nice to finish off the block of Premiership games with a win against Bath, so that was pleasing” said Davis.

“We’ve parked that now, and we are just looking forward to Friday night, under the lights at the Brentford Community Stadium.”

Heading back into European competition gives Gallagher Premiership teams a chance to come up against a whole new set of systems and tactics from other leagues, something that Davis thinks will be beneficial for the Exiles in the long-term.

“What the European competition brings is an opportunity to test yourself against different teams with different styles” he explained.

“The fact that it is now knock-out rugby is another step in the direction of gaining the experience and knowledge of how to win these challenging types of matches.

“Our guys are excited to play against a team that we don’t often come across, so it adds a bit more spice to the occasion.”

Cardiff Blues are a Club steeped in history and Davis knows them well, having come up against them on a regular basis when coaching at the Ospreys.

“When I was coaching at the Ospreys, I came up against Cardiff Blues for three seasons and it’s clear that they are a quality outfit” he said.

“Dai Young going to coach there is only going to strengthen them, especially in terms of how they are going to approach the game.

“Their backline is electric. I personally believe Jarryd Evans is one of the best fly-halves in the Northern Hemisphere. You’re not going to be able to take your eye off any of their backs for a second, and we will need to be on the mark if we are going to come away from the game with anything.”

With the Exiles sitting in sixth place in the Gallagher Premiership, Davis was keen to detail the level of importance that the players and staff alike have placed on their European journey.

“I think, as a Club and where we are hoping to grow to, we treat every game with maximum importance” he explained.

“It’s a cliché, but we take every game as it comes. We want to give the best version of ourselves every time we put on the famous green jersey. There is no doubt that we want to win the game on Friday night.

“The European Rugby Challenge Cup is something that we are focusing on and want to do well in. Hopefully, we can put in a performance on Friday that will make ourselves and our supporters proud.”