Blair Cowan on the brink of 100th outing 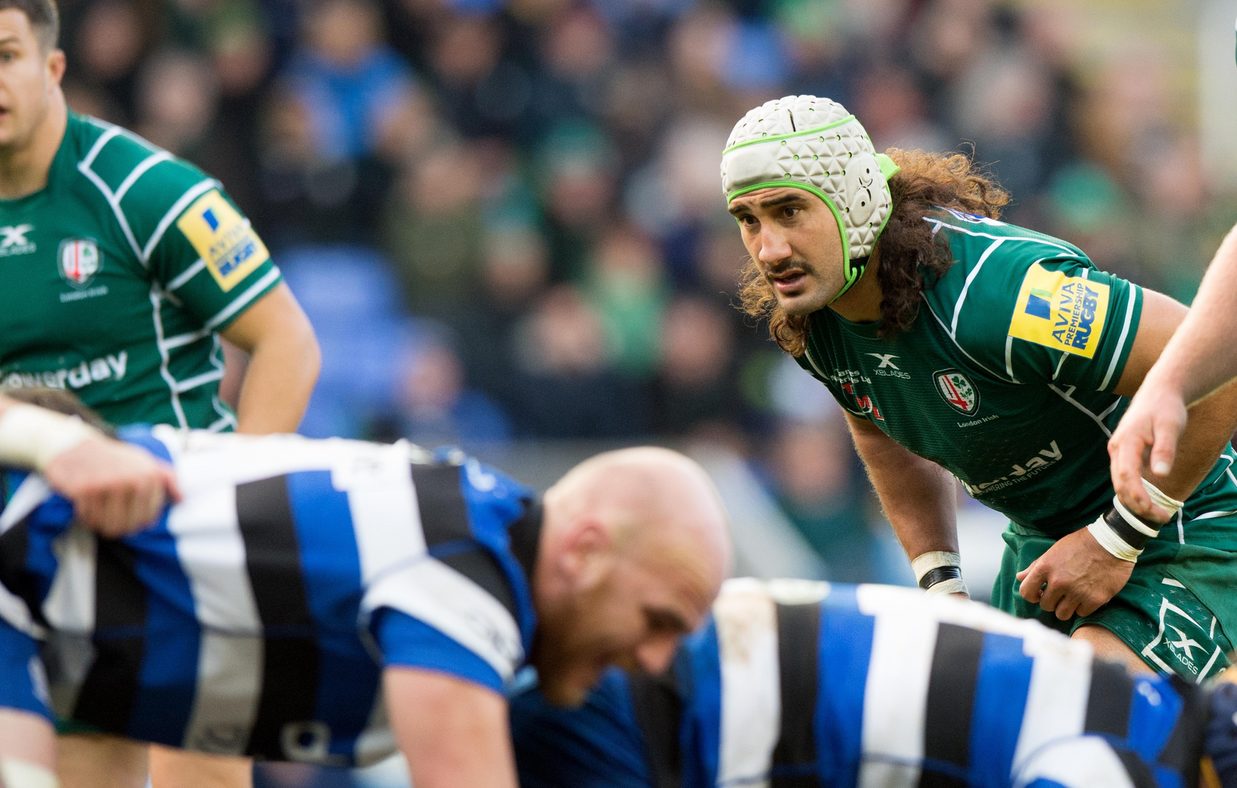 The 100 club wall shines brightly in the corridor adjacent to the changing room at London Irish’s Hazelwood training complex.

Framed pictures of Conor O’Shea, Fran Rautenbach and current coaching trio Nick Kennedy, Declan Danaher and Paul Hodgson are just some of the illustrious names that adorn the wall.

Locked on 99 appearances for the Exiles, Blair Cowan is set to cement his place in the Exiles’ record books when he takes to the field against Wasps in the Anglo-Welsh Cup tomorrow (kick-off 3pm).

“I’ve walked past the roll of honour every training day since I joined the club in 2013 and it’s been my dream to have my picture on the wall one day,” said Cowan, 31.

“There’s a lot of ugly mugs up there and I’m delighted to join them on the wall. I’ll be super stoked if I get on to make my 100 th appearance and I just want to make the most of it.”

Joining Irish from Worcester Warriors ahead of the 2013/14 campaign, Cowan made his debut under Brian Smith when he came off the bench against Bath at the Rec in the Aviva Premiership. Making his full debut a week later during a memorable 18-13 victory over Harlequins, Cowan’s affinity for the club has been apparent from the outset.

“Brian told me to go out and play my own game before going on against Bath and I absolutely loved it,” said the Scotland capped back row.

“The following week I got my chance from the start against Harlequins and we beat them on home soil which was fantastic. I just remember been super stoked and I’ve fallen in love with the club ever since.”

Now into his fifth season with the Exiles and with 19 tries to his name, Cowan has led the way with the number of tackles made and metres gained in the club’s statistics this season.

“I’ve loved every moment of my time here, but there’s still a lot of work for me to do,” said Cowan.

“To be on the brink of making my 100 th appearance is a massive milestone and it means a lot to me. I have a lot of good memories and I’ve made some life-long friends over the years.”

Capped 17 times by Scotland, Cowan would undoubtedly like to add to his international haul but his focus is on the domestic front first and foremost.

“I’m enjoying my rugby and I just want to continue getting minutes on the pitch for London Irish,” said Cowan.

“The rest will follow if I’m playing consistently well for Irish. There’s a lot of competition for places in the Scotland squad and that’s good to see.”

London Irish’s next home game will be against Wasps in the Anglo-Welsh Cup on Saturday 27 January. Under 13s tickets are just £1 throughout the stadium with adults from £15 from  www.lidirect.co.uk  or by calling 0118 968 1016 (Monday to Friday 9am to 5pm and Saturday 9am to noon).