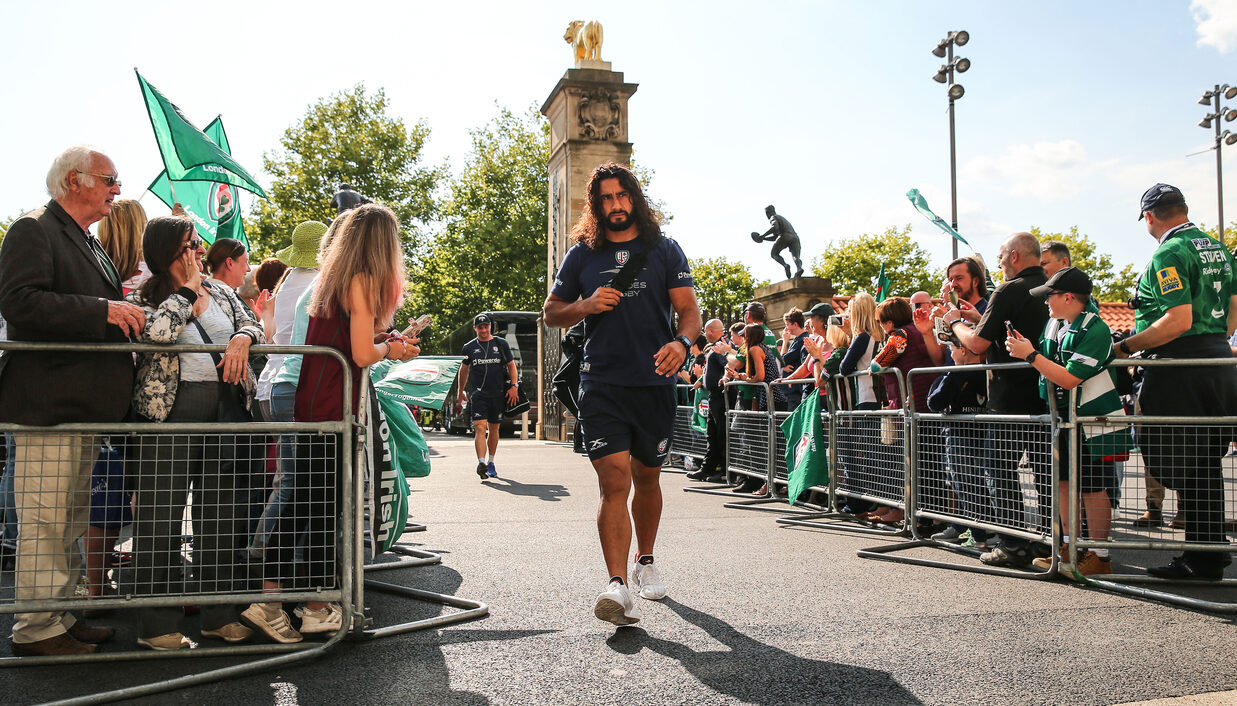 For many, Blair Cowan’s passion, work-rate and determination epitomises the perfect professional.

The Scotland international is set to make his 150th appearance in a London Irish jersey against Northampton Saints on Friday evening, and the back row has firmly earned the right to be called a ‘Club Legend’.

Cowan joined the Exiles in March 2013 and has since become a fan-favourite with the London Irish supporters. Friday night’s trip to Northampton will be Blair’s 114th Premiership appearance, further cementing his stature within the English game.

The versatile backrower, who is a hugely popular figure within the Exiles’ dressing room, was named as part of the 2020/21 Leadership Group alongside Nick Phipps, Matt Rogerson and Paddy Jackson.

On the international stage, Cowan made his debut for Scotland against the USA in the summer of 2014 and has gone on to accumulate 18 caps. He was selected in their 2015 Rugby World Cup squad and played in two matches at that tournament.

His first cap since 2016 came in the 2020 Autumn Nations Cup against Ireland in Dublin, a testament to his fantastic performances in a London Irish shirt.

Leading from the front

A constant ball of energy on the pitch, Blair continues to defy the stigma that with age comes a more docile approach to the game by putting in an exhausting effort in every outing.

In Round 13 of the 2020/21 season, Blair made a record-equalling, staggering, 34 tackles against Worcester Warriors. Like a fine wine!

Praise from the boss

“Blair plays a huge part in the way that we operate at London Irish” said Declan Kidney, Director of Rugby.

“Both on and off the field, Blair sets an example for everyone at the Club. Reaching 150 appearances is a fantastic achievement, and one that he thoroughly deserves.

“My congratulations go to Blair and his family. They have supported him his whole career and contributed massively to getting him to the 150th time that he will run out in a London Irish shirt.”

“On behalf of myself and all of the boys at London Irish I want to say a huge congratulations to Blair for reaching this incredible milestone,” said Matt Rogerson.

“It’s been an absolute pleasure playing alongside him during my 3 years here and it has been a privilege to witness first-hand the unwavering effort and commitment he puts into his consistently brilliant performances.

“He doesn’t know how to give anything less than 110% on the pitch and off it, he is a friend and confidant to everyone. Reaching 150 games is an incredible feat and a testament to the quality of the man behind achieving it. Well done, Blair.... here’s to 200!

Some of you may know the hundred wall that lines the walls on the way to the gym at Hazelwood, and among those hanging frames is Blair’s 100 photo. In honour of his 150th appearance for the Club, this will be updated with a new photo and sign.

Here’s to seeing Blair run out in a London Irish shirt many more times! Congratulations Blair on an amazing achievement and good luck on Friday night. Come on you Irish!