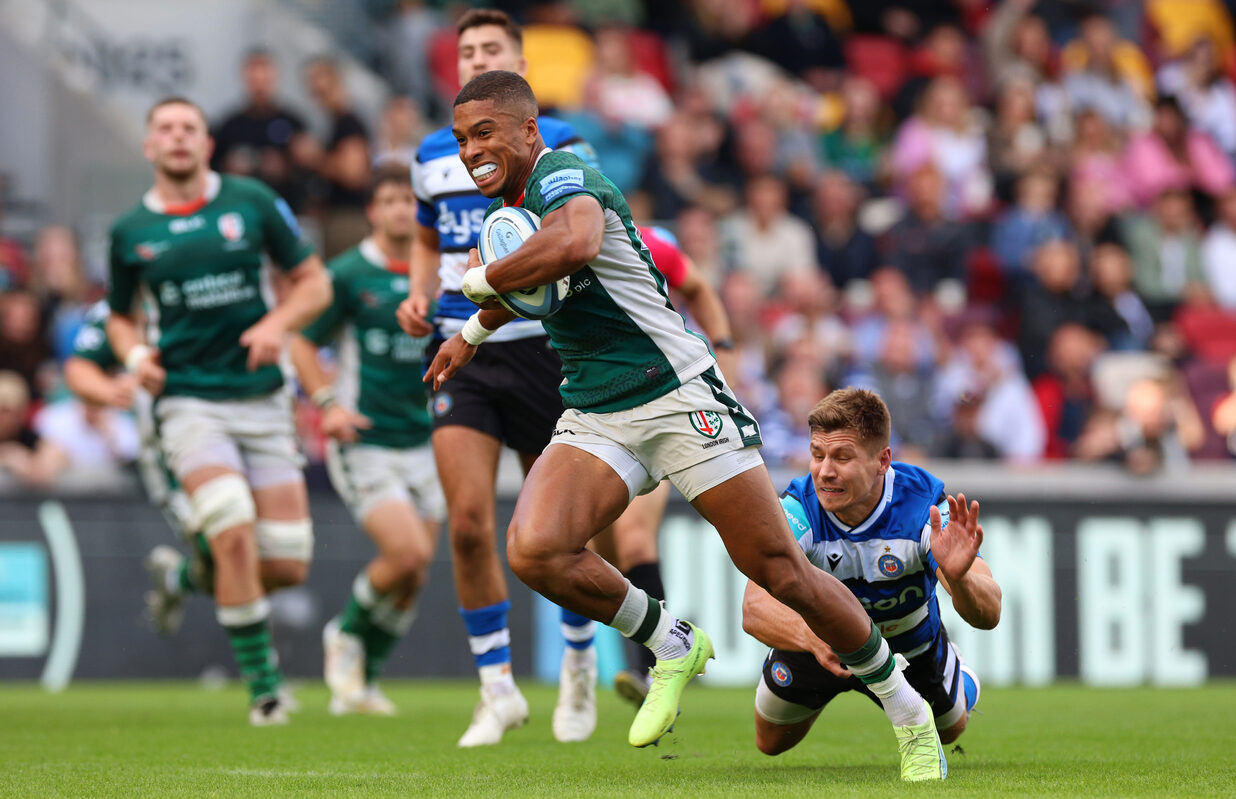 “I’m very settled here and sometimes that can come across as an easier option to stay put, but I think I have settled in a way that will allow me to be happiest when I am playing my rugby.”

Putting an end to speculation, it was confirmed this afternoon that Ben Loader has signed on the dotted line to commit his future to London Irish.

Giving his first words to the Club since his contract announcement, the 24-year-old explains why he wanted to pledge the next years of his rugby career to Irish.

“When I’m playing and I’m happy and those things go together, that’s when my performances get better.

“Having my friends around me in the Club I have been with since I was a kid is not something to be taken for granted, and I have the motivation to do great things for this Club.

“I believe the way that we are going that we have something special here, so personally, for the team and for the Club, it was a decision I was very happy to make to continue my journey.”

Loader’s beginnings at Irish started within the Academy set-up, progressing to making his first team debut against Cornish Pirates in 2016/17 British and Irish Cup alongside current teammates Matt Williams and Josh Basham.

85 appearances and 180 points later, he has come a long way.

As one of the 18 Academy graduates making up the 2022/23 senior squad, Loader conveyed his joy in taking to the field with Academy players every matchday. 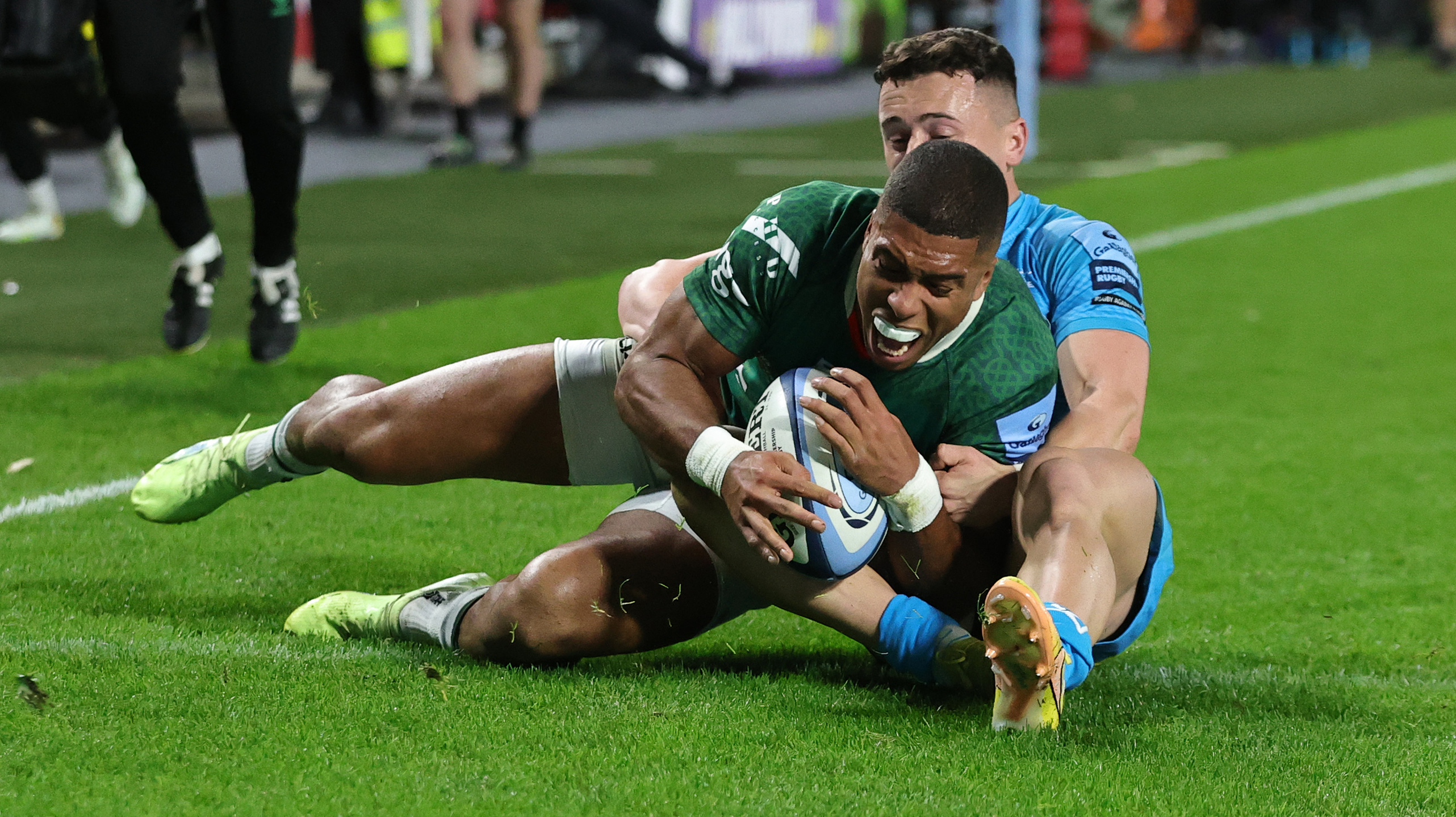 “I take a lot of pride in that, all of those guys who have come through together like myself, Matty Williams, Josh Basham, Ollie Hassell-Collins and the younger guys like Henry [Arundell] and Will [Joseph], we have come through to play for this Club.

“To then represent them at the highest level, it’s nothing other than an honour.

“We know each other very well and I’m always proud when we line up next to each other, because we have been through the same thing and we care about the Club.

“It makes it all the more meaningful when we pull on the shirt together.”

Signing an extension to his contract will look to offer Loader the chance to become a London Irish centurion, a rare achievement recently acquired by Club captain, Matt Rogerson.

Halfway through this season, the outside back has already exceeded his appearance haul from the last campaign and could well be on course to reach the 100 mark this calendar year.

Playing 14 times already this term has extended his overall appearance total as one of the team’s mainstays this year, and with that, he expresses his gratitude after an injury-hampered 2021/22 season. 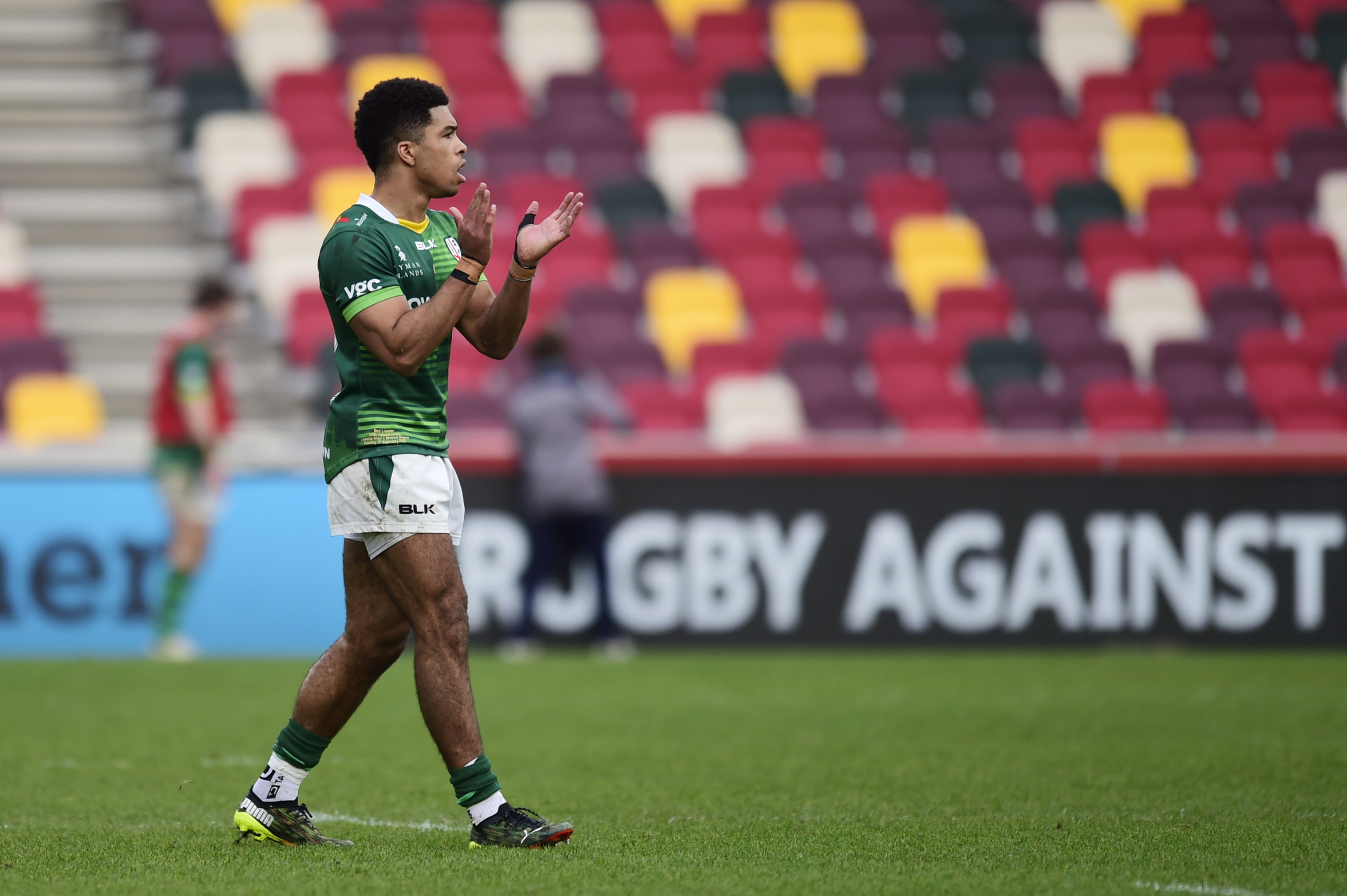 “Rugby was always something I did just because I enjoyed it, and that remains the motivation of why I still do it.

“At the core of it, if I’m not having fun and not playing well, my motivation will lessen and that can be said for many players.

“But to this point I am really enjoying my rugby – it makes me want to work even harder.

“As I have got older and progressed in my career, that feeling of wanting to make my family proud and people around me who have sacrificed a lot only adds to making me want to do well.

“Compared to last season, just getting a run of games and getting some flow has massively helped how much I am enjoying my rugby, and also how I’ve been building on my performances each week and improving as a player.

“The last two years have been pretty frustrating with injuries in key moments, and I know how lucky I am just to be able to get onto the pitch and improve week on week.

“I feel like I am in a really good place at the moment.”

With more pitch time has come a further demand to reacquaint further into the backfield as a full-back, a position he had previously only started in twice at London Irish.

Loader has since grown into the number 15 shirt, giving him the opportunity to further advance his rugby skillset in a challenge he enjoys.

“I feel most at home on the wing, but I’ve really enjoyed the recent run of games in being able to showcase some different talents in terms of game awareness and intelligence.

“It’s given me a chance to get my hands on the ball more, which has been a strong feature of my game in recent weeks where we have tested ourselves against teams like Stormers in Europe and the best of the Premiership.

“It’s been an exciting challenge playing in a new position, or relatively new at least!

“I played there in my time in school, but only a handful of times since then.

“It offers something different, most definitely, and more and more I enjoy having that ability to transition between both wing and full-back.

“If I’m needed at any position, then I can slot in.” 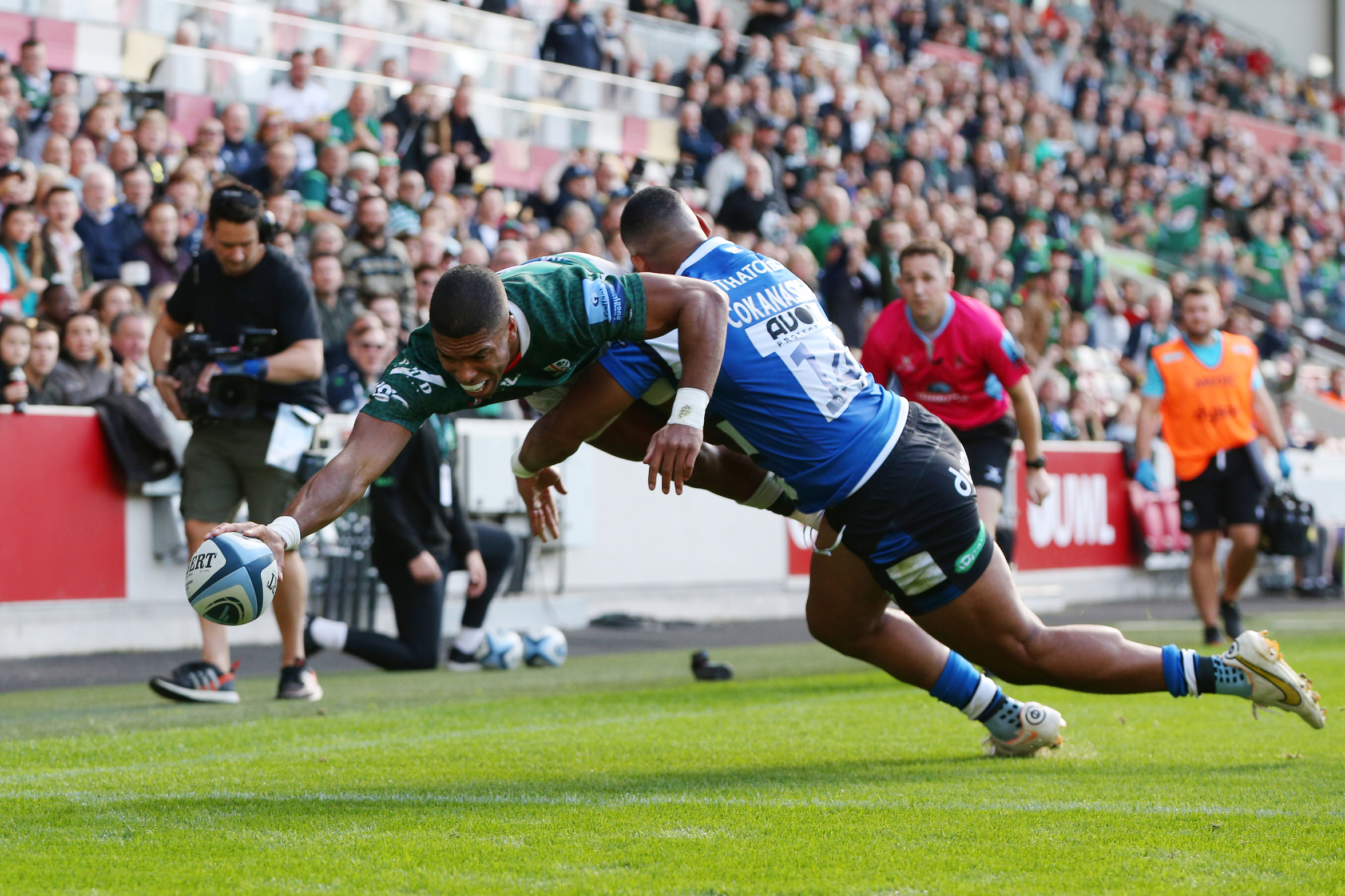 Four tries this season, including a hattrick against Bath Rugby in the Gallagher Premiership, has seen a return to form for the Academy graduate in 2022/23.

How has he seen the current season unfold in front of him?

“It’s been a difficult one to evaluate, performance-wise we have been trying to build and learn from the mistakes we made earlier on in the season.

“But we have had a load of games where we have not got the result by one or two points, and in that sense it’s almost more frustrating to take that because we know we are good enough to beat these teams.

“As much as there has been disappointment, we are heading in a positive direction and results have been pretty special over the last couple of weeks.

“Hopefully, they can kickstart a bit of momentum for us heading into Europe and then back again against Quins.” 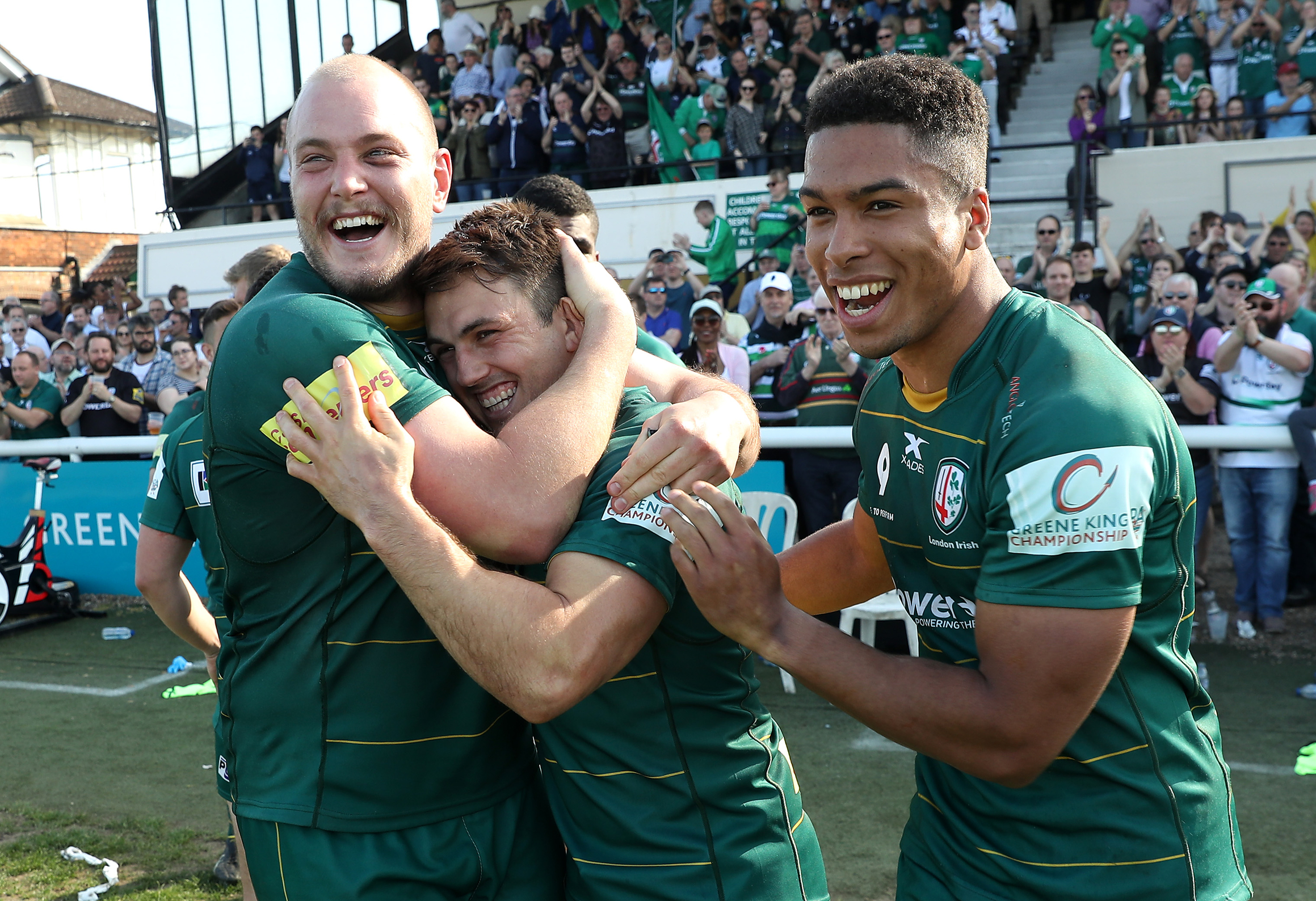 A famous win over Saracens this season ranks in his career highlights thus far, no easy feat given Loader is now in his seventh campaign of involvement in the senior team.

The 2018/19 Championship winner considers the poignant moments he has been a part of in the recent chapters of the London Irish story.

“Beating Sarries at home just before Christmas and the atmosphere there, I have never seen the Gtech quite like that before.

“Knowing how hard we worked the whole season and getting one of those first rewards for what we put in was a special moment.

“Looking back, making my debut with Josh Basham while we were still in school against Cornish Pirates, and those games where I made my Champ and Prem debuts stick out to me.

“That’s all before winning the Championship, and the St. Patrick’s Day games always stand out to me as highlights.”

After reflecting on his time so far as an Exile, Loader is of the belief that greater heights are ahead of him in west London.

“I don't think I have shown the best of me just yet, I feel that I can get better and better and hopefully the best is yet to come.”