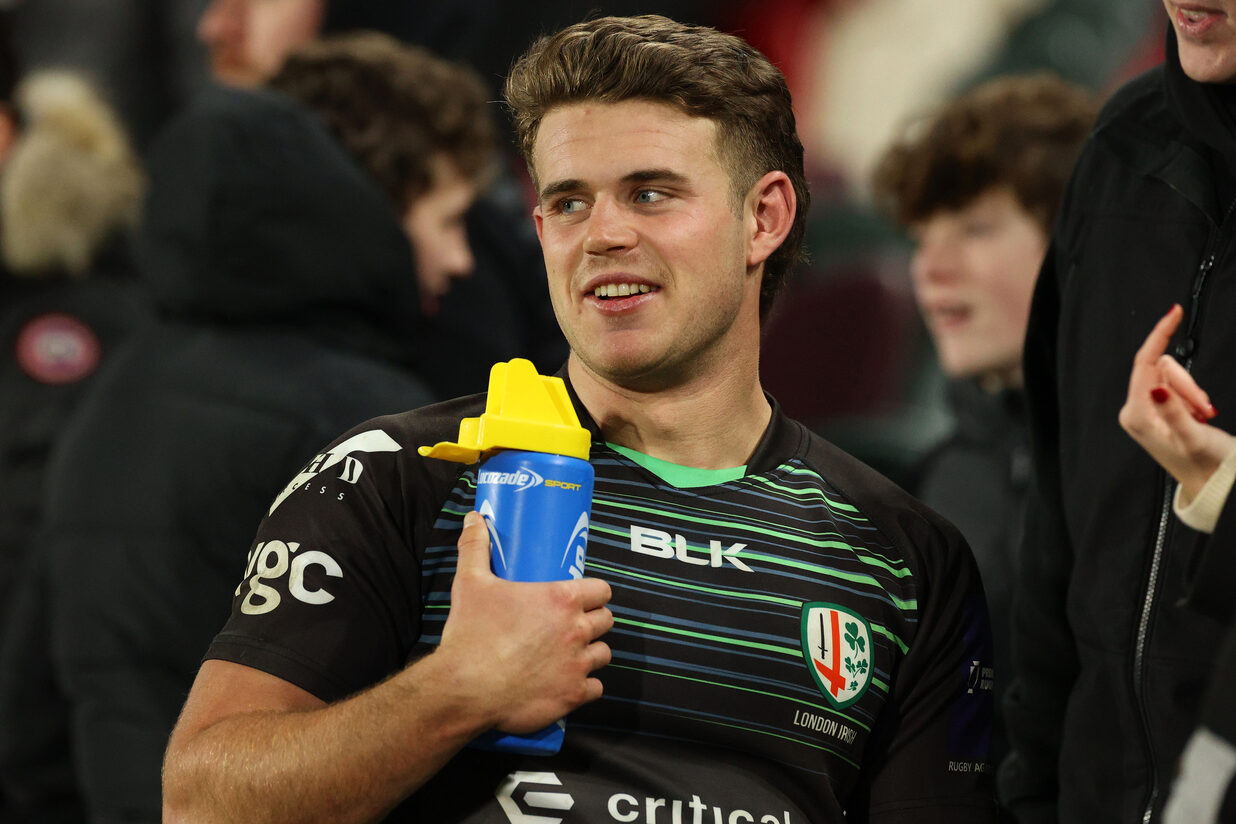 "The first couple of weeks can be quite tricky,” London Irish’s new addition, Eddie Poolman, confessed.

“You’re just getting into it but now I feel really comfortable – it’s nice not being the new guy now!

“I feel quite amalgamated into it all.”

A whirlwind opening week as an Exile has seen Poolman enter a new era in his nascent rugby career, signing on with a Gallagher Premiership outfit and making his first Club appearance in a matter of days.

Earning a starting debut in a pivotal Premiership Rugby Cup pool stage decider against Bath Rugby, the Sydney University graduate made an impression with his physicality and directness with ball in hand.

His alma mater in the New South Wales capital boasted the talents of former Exiles Nick Phipps and Max Northcote-Green, each of whom offered messages of support to the 23-year-old before putting pen-to-paper at the Hazelwood Centre.

“The Australians here at Irish are a bit older than me, so I knew of them and not necessarily knew them to speak to before joining.

“I knew Nick Phipps as he played at Sydney Uni, Max Northcote-Green too, I spoke to Nick briefly and he was very supportive of the move and spoke glowingly about the Club.

“I was going to come to Irish anyway, but that was a nice confidence boost knowing what I was arriving into after coming across from Australia.”

With much at stake in moving across to the other side of the world, the talented centre elucidated on why he felt London Irish was the Club for him.

“I really liked the coaching set-up here headed up by Les [Kiss] and Dec [Declan Kidney], and really respect what they have done.

“The way they spoke was a very holistic approach to life in rugby, I thought it was a really good attitude towards it all.

“I was really attracted to the brand of rugby London Irish play, it’s a lot of running rugby and I was excited as a back to try and get involved in that.

“Also, being an Aussie in London is also a big pull factor, it’s a brilliant city to be in a great area of the world.

“Everyone here is very integrated, people from the UK are similar to Australians and a lot of the squad are of similar age to me with similar interests, so it’s not too difficult and I am lucky in that respect.” 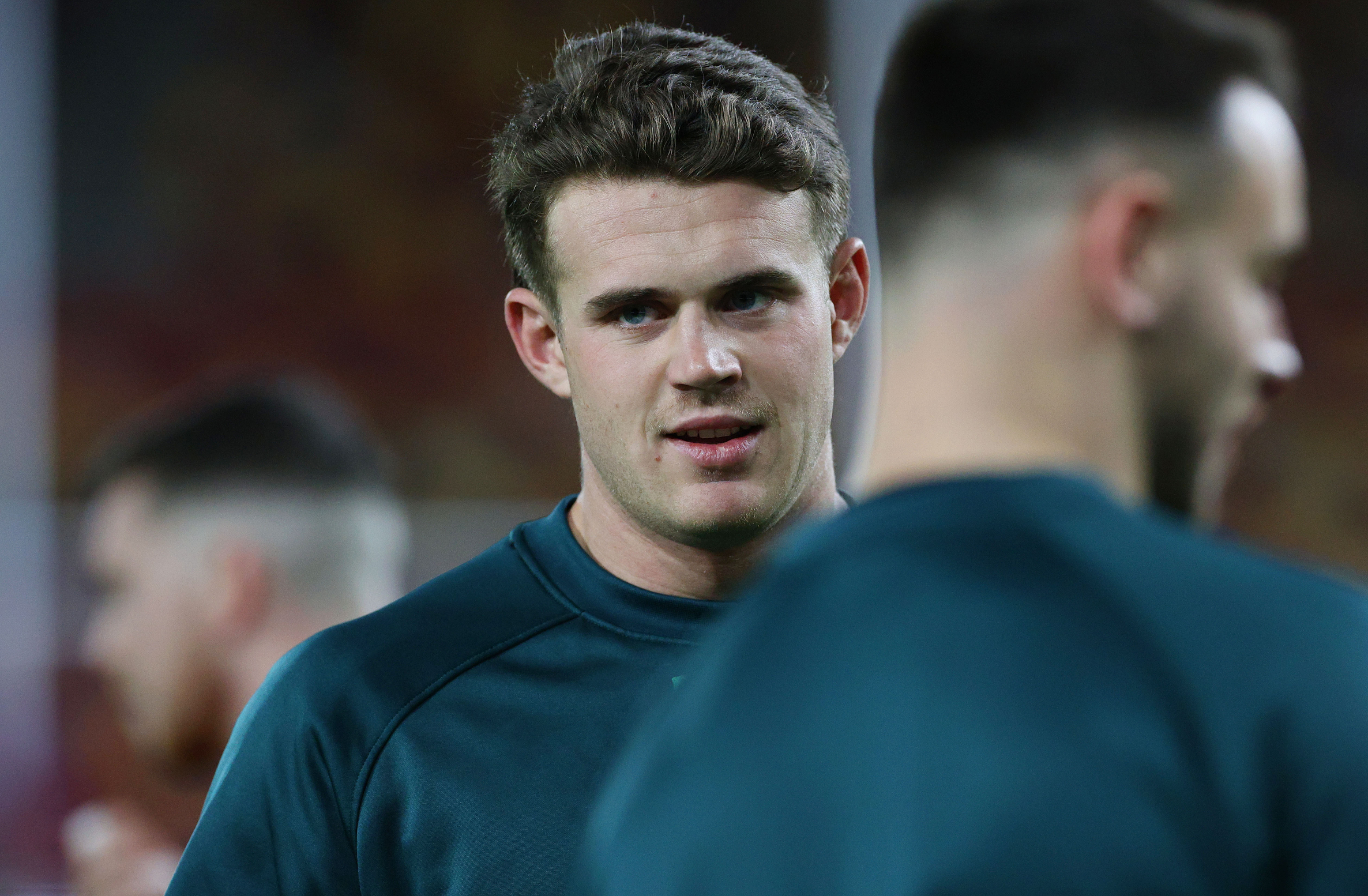 An admiration for Irish’s playing style will see Poolman further immersed into the Exiles’ way of rugby.

His ‘eyes up’ approach will look to see him dovetail into the green of London Irish.

He explained: “I would say I’m quite high energy, and want to take as many opportunities as possible to play rugby.

“I like to play ‘eyes up’, which is what London Irish really base their game around.

“I like to put as much effort in as possible, especially in areas like the kick chase and working into position quickly.

“I think those things are valued at London Irish, and I hope I can fare well in putting that into action.”

With much competition for places in the London Irish squad, an unfazed Poolman relishes the challenge of earning his place in the Exiles matchday squad.

“It’s a challenge for me coming into the Club, but I’m of the belief that you want to have the best people in your position.

“If you can’t make the team against them, then you have to be ready to get them in the best possible position to play in the Premiership.

“We’re very lucky to have some of the best players in the world in different positions here at Irish.

“Firstly, you can learn off them and then push them to be better, and maybe one day get that opportunity to crack into the first team.

“Some would see it as a threat, or maybe not have the chance to give it a go, but I think it will only make you a better player and doing it at an environment like Hazelwood will help everyone involved.” 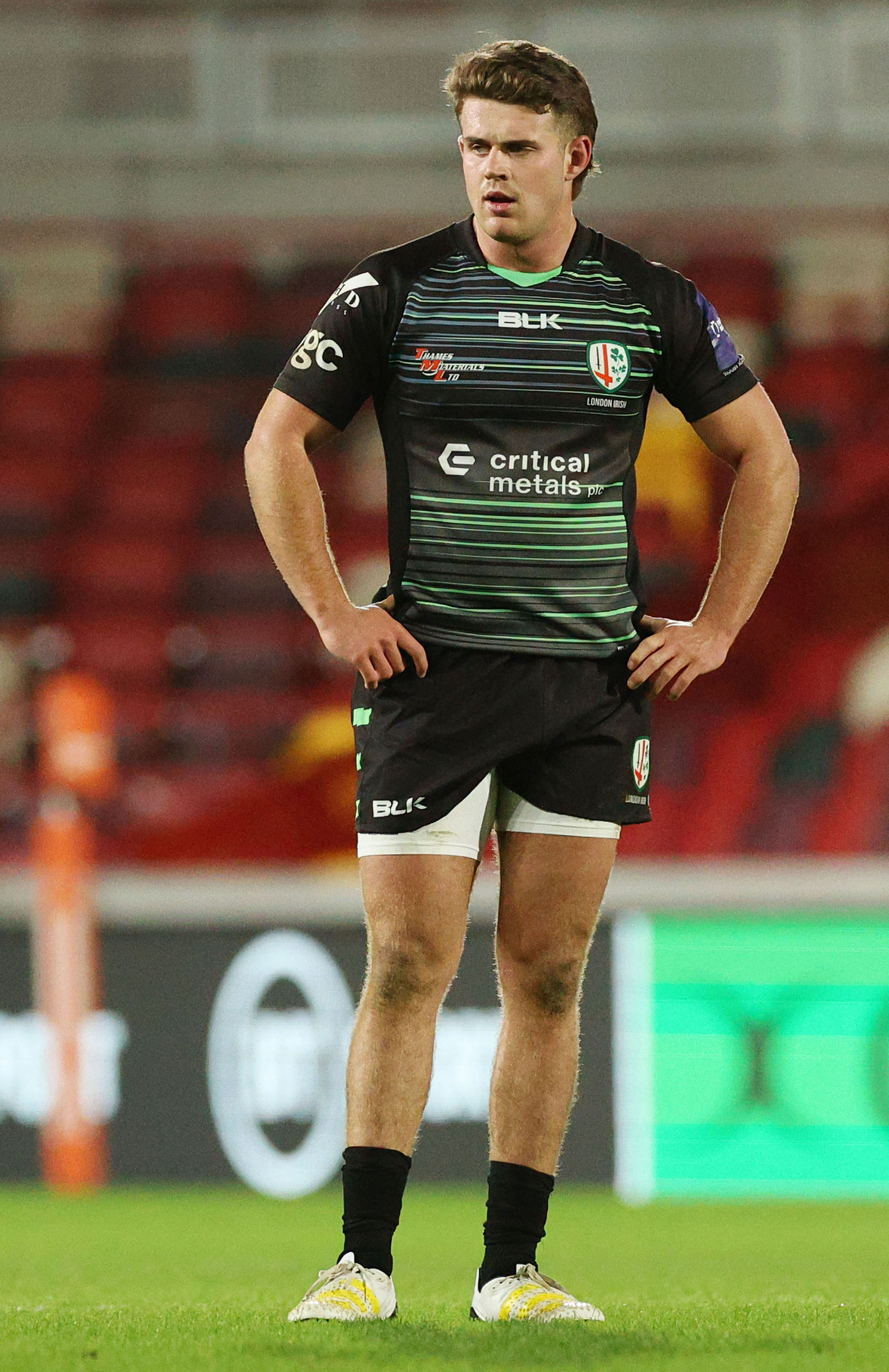 As well as the current environment he now operates in day-to-day, the set-up he arrived from in Sydney could not be spoken highly enough of by Poolman.

The school’s famed talent pool, which included Nick Farr-Jones and Bob Egerton, has an ever-increasing influence within the Premiership in 2022.

“Harry Potter and Guy Porter of Leicester Tigers played for Sydney University, and there may well be more coming over to the Premiership.

“I’m really good mates with them actually, they are a couple of years older than me and sort of that generation before.

“Guy was my monitor at university, when I was 18 and he was 21, 22, we done the same degree and are quite close and still keep in contact.

“Seeing how well they have done affirmed that I can have a good shot of doing well over here.”

With university prospects being recruited more frequently by first tier English Clubs, the Australian is an advocate of how the school system nurtures young rugby talent.

“Over at Sydney University, people think it’s just a university competition in the Shute Shield, but we’re actually playing semi-professional teams so it can be quite misleading in that respect.

“A lot of the teams in Australia are attaching themselves to universities, and personally, I think there is so much time to develop between 18 and 21.

“You might not be ready to go professional, so it allows for guys to get that degree and train in a high-level environment that allows you to work on your game.

“I feel that I have been really able to improve over the last few years because I have had access to training in those professional environments.

“Everyone grows and evolves at different rates, not everyone is the same at 18 but working like that can accelerate your development.” 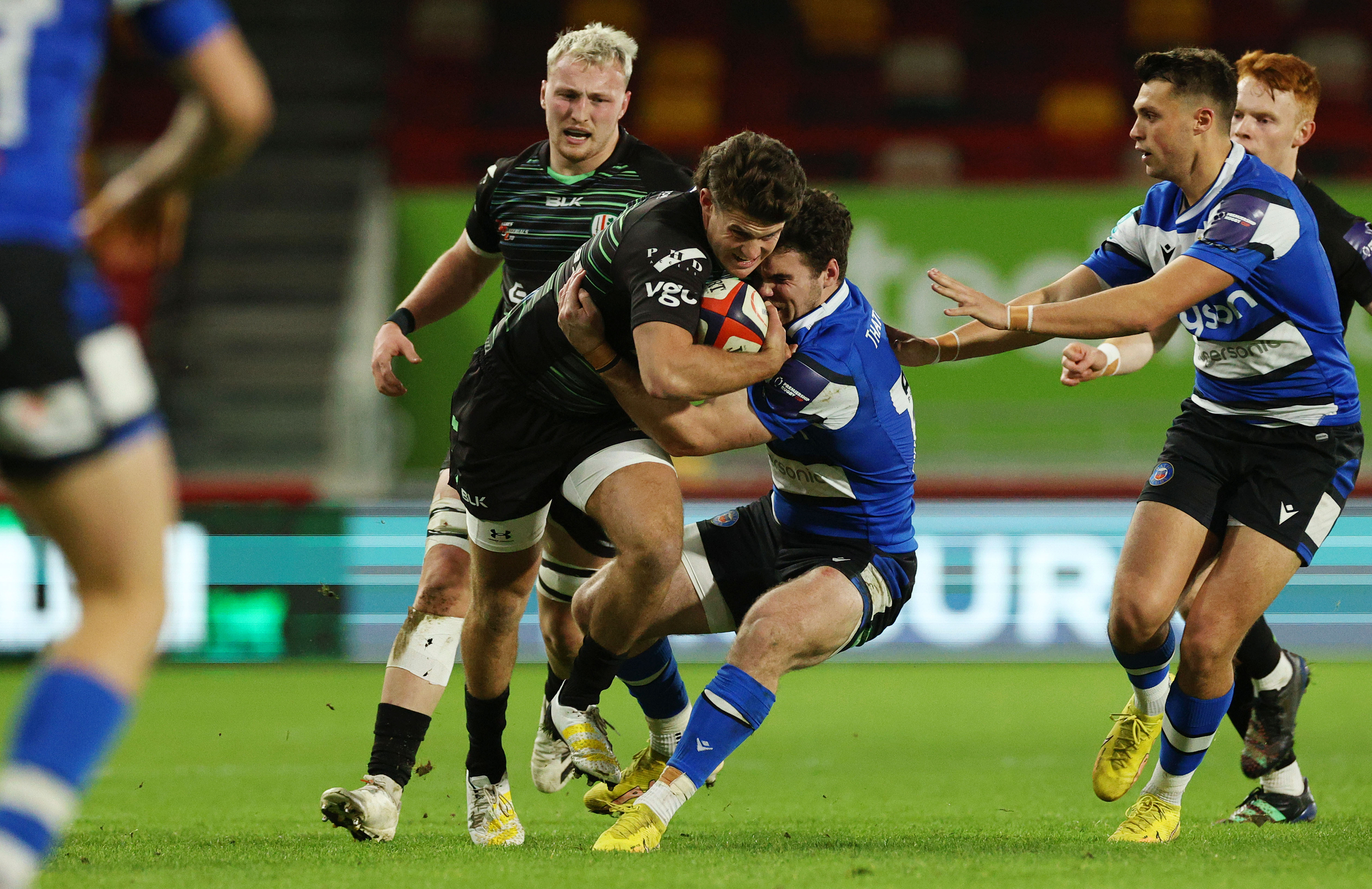 Poolman’s first step into life at Irish came within the Premiership Rugby Cup tournament, itself a pathway of development for the league’s up-and-coming talent.

On the night, Irish qualified for back-to-back semi-finals in the competition and achieved a first ever 20 points from 20 return in the pool stages of the Premiership Rugby Cup.

Reflecting on a maiden outing as an Exile, he looks beyond any personal mementos and a ‘team first’ attitude is portrayed.

“It has been a bit of a whirlwind over this last week, getting my debut and receiving a lot of messages was really nice but it’s almost good to get that done and out of the way.

“I’m not massive on fanfare and getting too much attention, but I’m glad to get about my business now and get into my work here at Irish.

“I was fairly happy with my debut, it was a more forwards-orientated game but I got a couple of touches and tackles so I was happy enough.

“The main thing is that the team won, it was a massive win for the Club and I was grateful to be part of a night like that.

“Having played the first game I feel like I’m fully part of the squad now.”

Signing off from his first chat with the Club, Poolman expressed his gratitude at being given the opportunity to pull on the London Irish jersey.

“I’m really excited to be at such a proud Club, and I feel incredibly blessed to have the opportunity to represent them.

“I want to repay the faith London Irish have shown in taking me in by training hard and hopefully some day soon I get that opportunity to show what I can do.”