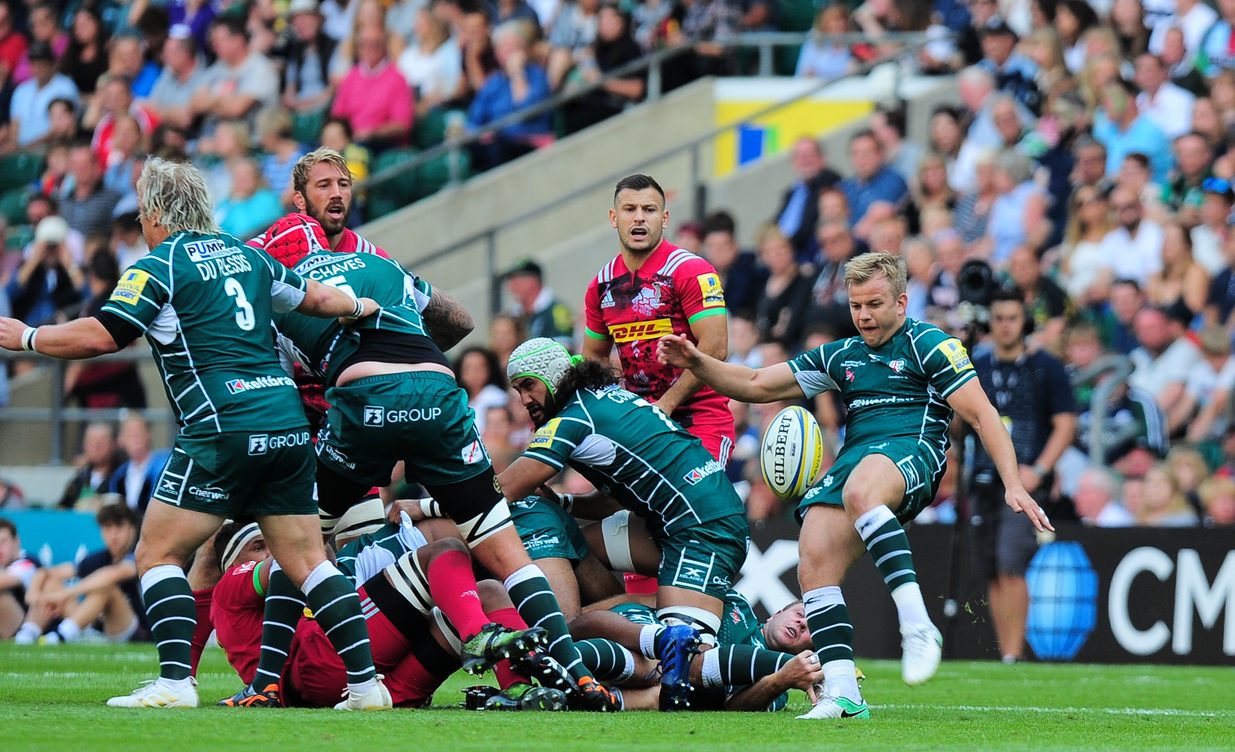 The determined scrum-half cut his teeth at the rugby enthused school, impressing Leicester Tigers scouts to earn himself a move to Welford Road.

Tigers legend Cockerill, who now heads up Edinburgh’s management team, was the man calling the shots for the 10-time Aviva Premiership champions when Steele put pen to paper on his first professional contract in 2011.

Reflecting on his time in a city that has produced sporting legends such as Don Revie, Graeme Souness and Gavin Hastings, Steele said: “I have many fond memories from my time in Edinburgh and you could say that it’s a place where my rugby playing career took off.

“I really improved my game while in Edinburgh and I lived and breathed rugby every day, which contributed to me getting my move to Leicester.

“From a very young age I played for Dumfries RFC, playing for them until I attended Merchiston Castle School. Edinburgh is such a vibrant city and I loved my time there.”

Progressing through Tigers’ academy system, Steele made his Aviva Premiership debut against Newcastle Falcons in 2012 under the stewardship of Cockerill.

“I’m grateful to Richard for giving me my opportunity in the team and it gave me a good platform to build on ahead of my move to London Irish,” said the Dumfries-born half-back.

“There was a lot of competition for places and with Ben Youngs at the club that really helped me to become a better player.

“The move to London Irish probably came at the right time for me and I’ve not looked back since.”

Keen to make an impression in front of his former mentor Cockerill, Steele is looking forward to this weekend's contest with the Pro14 side.

“It would obviously be good to show what I can do today, and whenever I get the chance to pull on the Exiles jersey I’m itching to help the team do well,” said Steele.

“When I played in Europe with London Irish two seasons ago, we reached the quarter-final where we were beaten by eventual finalists Harlequins.

“We played well that night and hopefully we can do well in the competition this season.”

You can read the full interview in this Saturday’s official match day programme, The Exile, as London Irish begin their European Rugby Challenge Cup campaign against Edinburgh at the Madejski Stadium (kick-off 3pm).