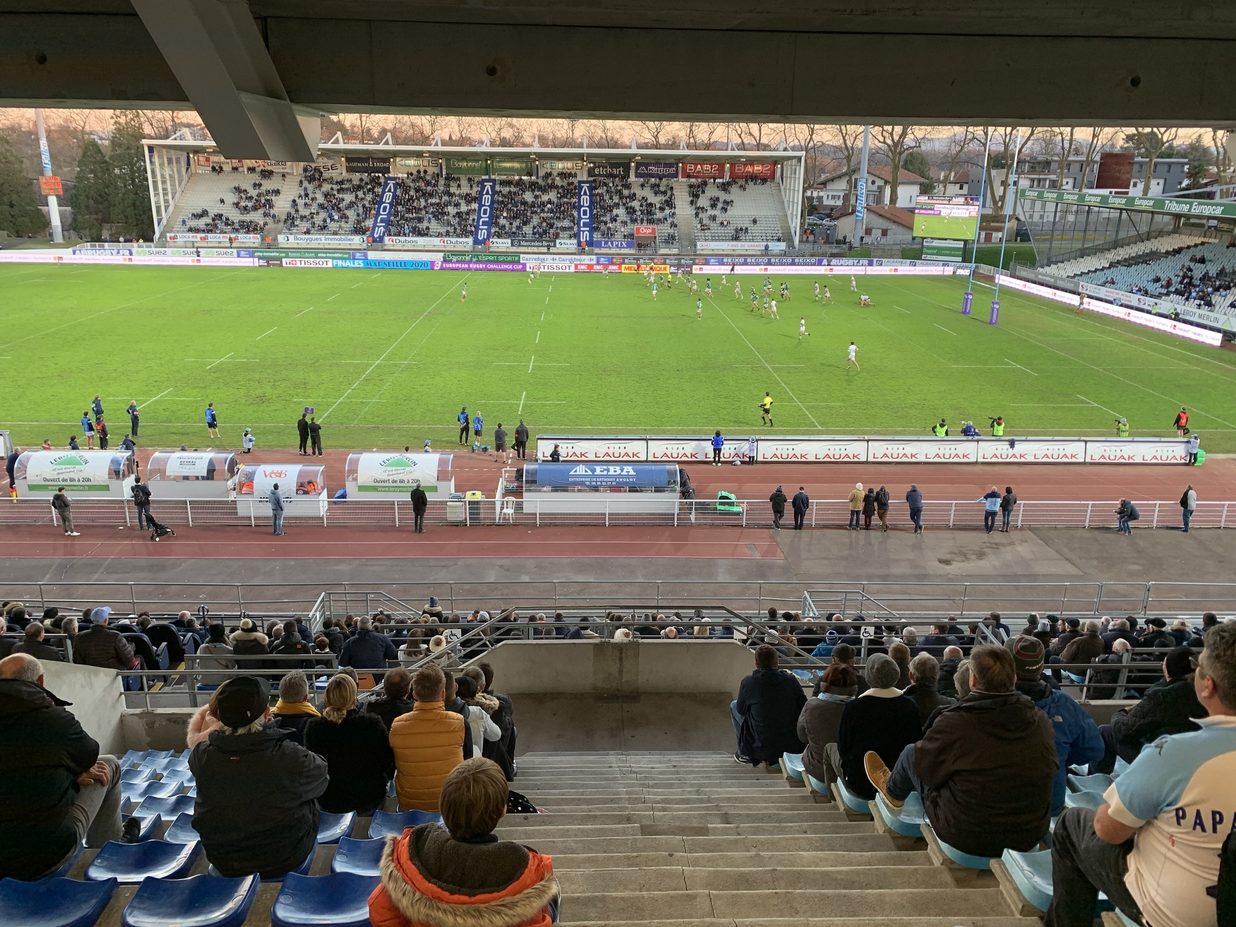 London went down 27-10 this evening, as Bayonne ensured they grabbed the points in front of their home supporters.

It took just two minutes for the home side to score their first try as fly-half Manuel Ordas cut through the Exiles defence before converting his own score.

The returning Matt Williams replied with some big carries but, after some clever offloads, Bayonne went over for their second. Winger Sean Robinson scored in the corner, Ordas couldn’t add the extras and the score was 12-0.

On 27 minutes, Fowlie again came close. The winger chasing his own chip over the last defender but was unable to gather the ball.

Just after the half hour mark, Irish did get their score. A lofted pass from Nick Phipps found Bryce Campbell and the powerful centre forced his way over the line. The conversion was missed and the score stood at 12-5 to the hosts.

It was the home side that had the last say of the half, Jean Monribot hacking through a loose ball and diving on it over the try line. Ordas added the extras to make the score 19-5 at the break.

The visitors started the half strongly and got the first try of the second half. Matt Williams broke through the Bayonne defence, grubbed through and beat a defender to dive over. The conversion was missed and Bayonne’s lead was cut to 19-10.

Just five minutes later, a penalty to the hosts allowed for Brandon Fajardo to extend the host’s lead to 22-10.

With 72 minutes on the clock, Bayonne went over for their fourth try of the match. Rely Baget scoring in the corner after attacking phases has sucked in the Exiles defence. The conversion was missed and the contest finished 27-10.