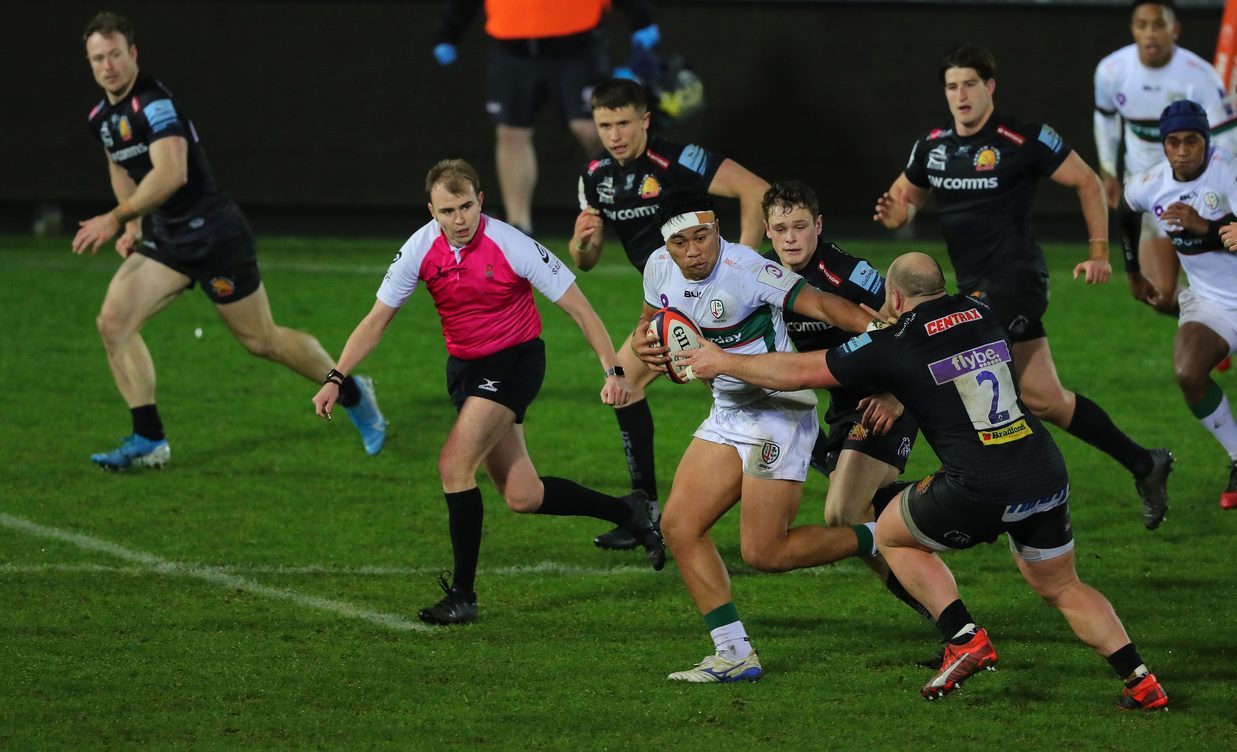 Exeter Braves were too strong for London Irish A at Sandy Park this evening with the hosts prevailing 36-12 in front of over 1,200 supporters at Sandy Park.

Irish crossed for two tries of their own, one on the stroke of half time for Belgium Tuatagaloa and a second half effort from replacement back Wil Partington. Jacob Atkins adding the conversion.

It didn’t take the Braves long to get into the groove. An early penalty allowed Harvey Skinner to position the hosts deep inside the Irish 22.

From the resultant set-piece, Tom Price was thrust high into the air, his fellow forwards assembled around him en masse as they drove towards the try-line. As the move edged ever closer, Irish hauled it to the floor, gifting the Braves another penalty.

This time round, they opted to go quickly, feeding Kyle Cooper, who was propelled over the line at a rate of knots for the opening try of the night.

Harvey Skinner converted that score and Exeter’s second, which arrived almost immediately from the restart. Price charged down an intended kick from the visitors, he raced after the loose ball, hacking it twice towards the Irish posts. Although he was unable to touch down, team-mate Wyatt was close at hand, dotting down for a second converted score inside the opening four minutes.

It was hardly the start the Exiles would have envisaged, but they looked to respond almost immediately. A penalty of their own allowed them to replicate the earlier tactic of the Braves. However, despite a five-minute period of pressure, they were unable to break-through the miserly home defence.

The Braves continued to press, using their powerhouse pack as their launchpad. Working a scrum on the left flank across the field, it was Wyatt who fed Bodilly on the charge. Still with plenty to do, the full-back showed good footwork and a turn of speed, before diving over in the right corner to make it 19-0.

The Braves were starting to dominate, and it wasn’t long before James Short glided over in the left corner following a slick counter-attack from the home side.

Irish refused to lie down and their brave efforts were rewarded with the last play of the half, winger Tuatagaloa squeezing over in the corner after a period of sustained pressure. That made it 24-5 at the break.

As both sides emptied their benches, the contest lost much of its attacking flow. That was until replacement Danny Southworth picked a perfect line through the middle. The young prop lapped up the lavish open space in front of him, before drawing in the cover and shipping inside to Poole, who won’t get an easier chance all season to score. Skinner converted to make it maximum reward for the hosts.

Irish continued to put up a fight and they were rewarded with a second try when replacement Partington claimed their second of the night, racing over in the left corner with ten minutes remaining. Fly-half Atkins sent over a superb touchline conversion to help further reduce the deficit.

Both sides looked to add to their tally during the dying embers of the match, but in truth the final scraps were largely uneventful. The hosts won 36-12.