Battling Irish lose out to Leicester 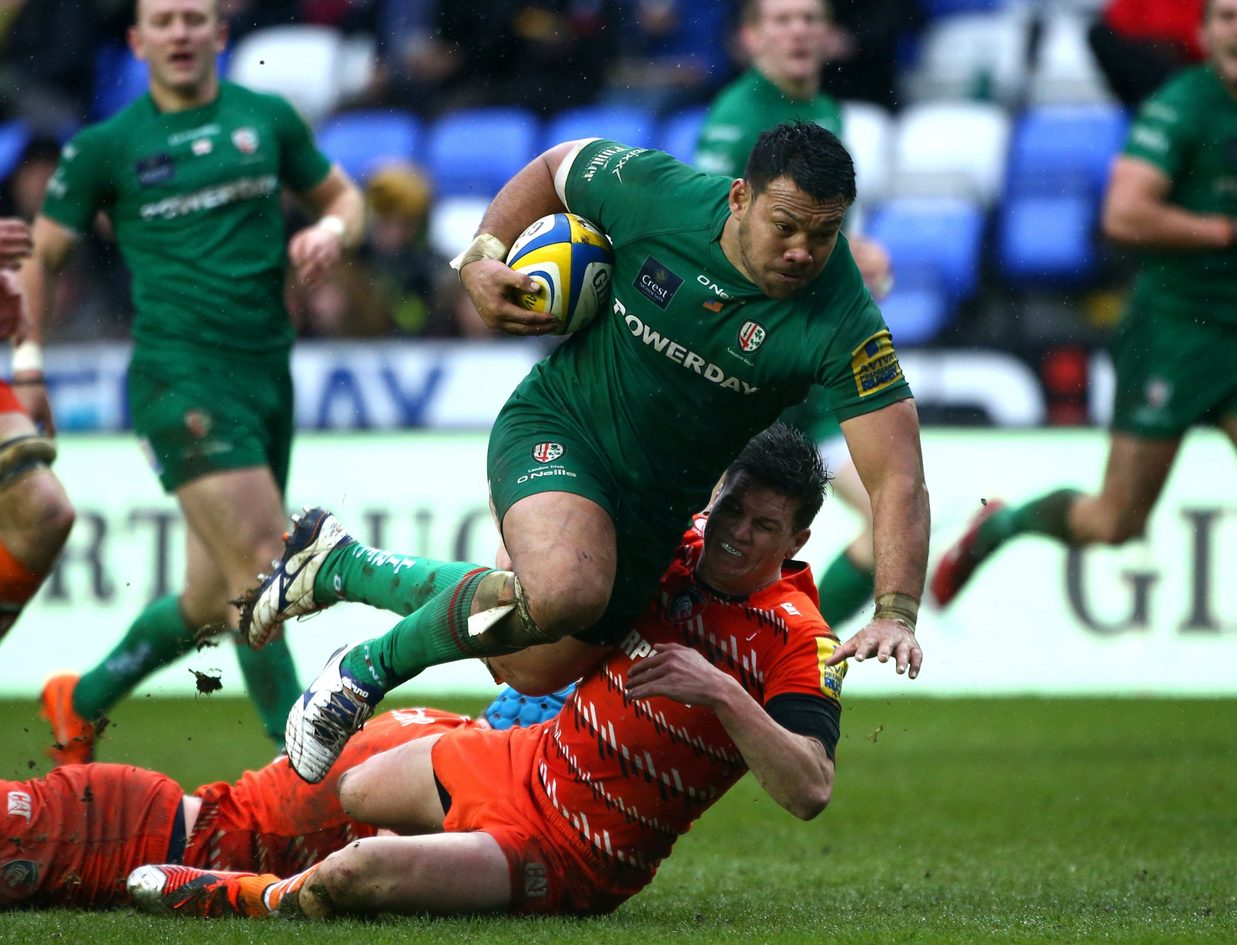 Irish, who beat the Tigers at Welford road earlier in the season were bolstered by the return of Geoff Cross form international duty who started at tight head.

Elsewhere London Irish Head Coach Glenn Delaney stuck largely with the side that took a losing bonus point at Franklin's Gardens last weekend but was forced into a late change.

Fergus Mulchrone picked up an injury and was a late withdrawal meaning Tom Fowlie moved into the centre and Alex Lewington moved from the bench to make his first start since picking up an injury four weeks ago to start on the wing.

In a wet, greasy conditions it was a game dominated by tactical play and saw both sides lose the ball at key times. It came down to battle of the boot between Shane Geraghty and Freddie Burns, the Exiles’ ill-discipline costing them dearly as the Tigers edged it by 12 points to six.

It was the visitors who had the first opportunity at points. Irish conceded a penalty at the scrum and the Tigers’ fly half converted to make it 0 – 3 after seven minutes. Another scrum and another penalty one minute later then saw Burns have a chance to double the lead but this time his kick just drifted wide.

After 13 minutes Burns did double the lead. A sustained attack from the Tiger’s deep in the Exiles 22 looked promising for the visitors but London Irish defended well, forcing Burns to drop into the pocket and land a drop goal from in front of the sticks and bring it to 0 – 6. Seven minutes later and another penalty at scrum time meant Burns extended the lead further to 9 – 0.

Irish claimed their first points on the half hour mark as their pack asserted some dominance upfront in the mauls, Leicester conceded a penalty giving Shane Geraghty a shot at goal which he took to bring the score to 3 – 9.

Irish began to get a foothold following this. Geraghty rained high ball after high ball onto the Tigers back three as Irish built the pressure. Twice Alex Lewington broke through and Irish came close on several occasions but the driving rain and greasy conditions counted against the hosts as the last pass failed to find the hands and Irish lost the ball forward.

With five minutes left in the half Geoff Cross was sent to the bin for Irish as another penalty went against them at the scrum and Burns eyed another simple penalty from in front of the posts but again his radar was off and it sailed harmlessly past the right hand upright leaving the half time score at 3 – 9.

Irish looked to have claimed the first try of the game five minutes into the second half. The Irish pack drove towards the Leicester line and it looked as though David Paice had crashed over from short range only for referee Wayne Barnes to penalise Paice for a double movement.

Irish did claim the first points of the second half, however, five minute later when Geraghty converted a penalty to make it 6 – 9. Tigers’ replacement David Mele took over the kicking duties for the visitors and took his chance well 20 minutes into the second half to make the gap six points at 6 – 12.

With seven minutes to go Irish came within metres again of crossing the line but again were penalised inches short, letting Leicester off the hook once again.

The final seconds saw Irish pushing for the line but the ball was spilled allowing Leicester to kick it to touch to bring the game to a close with a final score of 6 – 12.

Next week Irish face a trip to London Welsh on Saturday 28 February.