Bath United claim win over London Irish A at Hazelwood 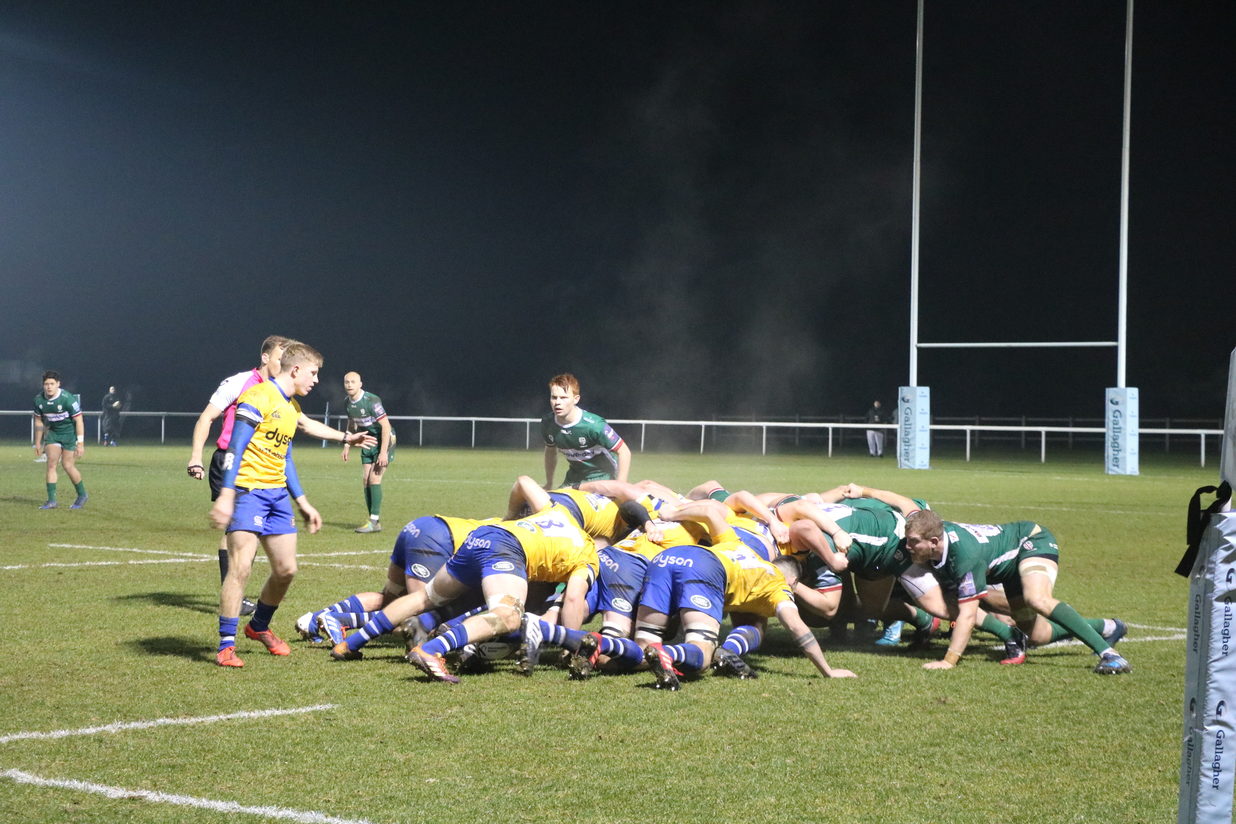 London Irish A hosted Bath United this evening, for a cold weather contest between the two sides. It was the latter that came out on top, securing a 14-22 victory over the Exiles.

The match started brightly for the home team, with hooker Ben Atkins bursting through the Bath defence and running 30 metres. Unfortunately, Irish couldn’t turn this attack into points and the visitor’s defence held firm.

It was a fast start to the contest and, just five minutes after the Atkins break, Bath opened the scoring thanks to a Ross Batty try. The hooker clung to the back of a rolling maul that slammed over the try line. Alex Davies was on hand to add the extras and Bath led 0-7.

Four minutes later, USA international Bryce Campbell used his strength to power his way over a defender and set-off on a 20-metre run before cleverly passing to Isaac Curtis-Harris. The number 8 sprinted clear and scored under the posts. Jacob Atkins added the simple conversion to level the scoreboard at 7-7.

On the 18-minute mark, Luke Green forced his way over the Bath try line after some tenacious work from the Irish pack to pin Bath in their own 5m. Atkins’ great kick from out wide extended the Exiles’ lead to 14-7.

With half an hour on the clock, Bath scored their second try, an almost identical one to their first, a rolling maul taking them over the line. The conversion was good, and the scoreboard was locked at 14-14.

Just six minutes later, Bath took the lead with yet another rolling maul assisted try. Batty broke from the back of the forwards to dive over in the corner and record his second of the match. The conversion was missed, and Bath led 14-19.

Just before the half-time whistle, London Irish’s Luke Green and Bath’s Jack Davies were both shown yellow cards for their parts in a brief shoving match, but this didn’t effect the scoreline and it was 14-19 to the visitors at the break.

Irish came out in the second half looking to get back into the match and scrum-half Rory Brand led the charge, landing a crunching hit in the midfield to prevent Bath from breaking and force a knock-on, much to the crowd’s delight.

The Exiles peppered away at the Bath defensive line, searching for another score of their own, however a good effort from Bath United ensured that they kept the hosts short of the try line on a few attempts.

Having managed to keep Irish at bay, Bath went up the other end an applied pressure on the Exiles’ line, eventually forcing a penalty on 74 minutes. Davies popped it over the posts to extends their lead to 14-22.

In an attempt to get back into the match, James Stokes was sent to the sin bin following a tackle in the air from the restart and Irish were set to finish the match with 14 men.

However, the man advantage had no toll on the final score, Bath United securing the 14-22 victory.

London Irish host Exeter Chiefs in Round 8 of the Gallagher Premiership at the Madejski Stadium on Sunday 5 January, please click here for tickets.