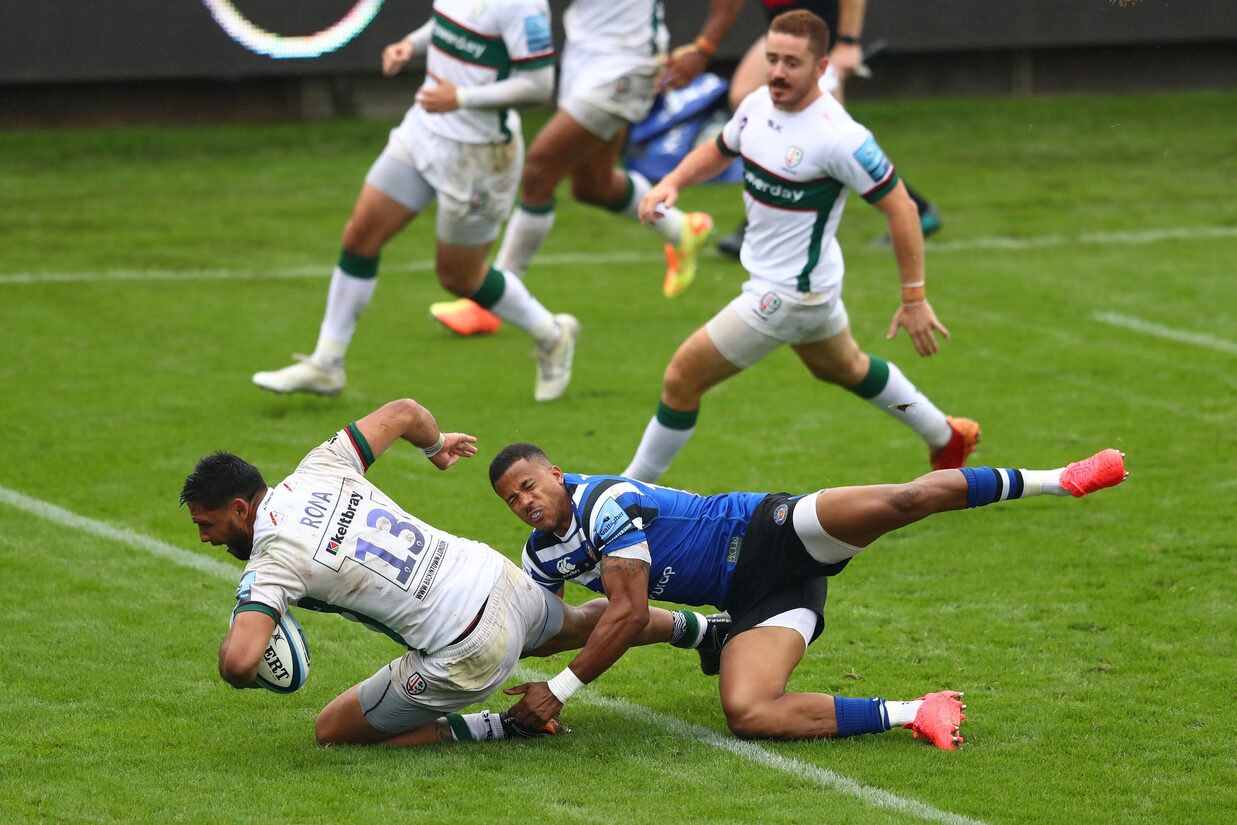 London Irish fell to a 34-17 loss at the hands of Bath on a soggy afternoon in the west-country.

A scrappy first five minutes passed before Ben Spencer opened the scoring for the hosts, picking off a loose ball to run from his own 22m, through open pasture, to slide over. Rhys Priestland’s conversion missed and Bath took an early 5-0 lead.

This early try seemed to give Bath the confidence to play with the ball and, on the 16-minute mark, a powerful rolling maul rumbled over the Exiles line and Tom Dunn dotted down. Priestland added the extras and at the first drinks break, Bath held a 12-0 advantage over London Irish.

With 22 minutes gone, Bath produced a mirrored effort of their second try, with Dunn going over for his second try of the match at the back of another rolling maul. The conversion missed and the host’s led 17-0.

Terrence Hepetema and Curtis Rona tried to get something going for the visitors, hitting some crushing running lines to fire the Exiles into the Bath 22m. However, a good exit from Bath helped sustain the pressure.

The Exiles again looked to get themselves back into the game, but a 5m attacking lineout spilled forward and Bath cleared their lines as the match edged towards half-time.

The pressure did eventually tell and just three minutes before the break, Rona sliced through a stretched defensive line to go over for Irish’s first try. Paddy Jackson’s conversion sailed through the uprights and Bath’s lead was cut to 17-7 as the players headed to the dressing rooms.

Irish came out of the blocks in similar fashion to how they finished the first half, enjoying good possession on the ball, largely down to Motu Matu’u and Sekope Kepu delivering a barrage of big tackles to force turnovers.

Some good phases from the visitor’s forced a penalty at the breakdown and Jackson pointed to the posts. The fly-half’s kick was struck sweetly, and he reduced the deficit to seven points, Bath leading 17-10.

However, Bath came back strongly and gave themselves an opportunity with a penalty of their own. Priestland’s effort brushed the post on its way over and Bath restored their 10-point lead.

Bath continued with the momentum, Jonathan Joseph scoring with a clever finish in the corner. The conversion was successful, and Bath extended the advantage to 27-10.

With 69 minutes on the clock, Bath grabbed their fifth of the afternoon. This time, Jack Walker the benefiter of a rolling maul crossing the Exiles’ line. The conversion was again successful, and Bath led 34-10.

Irish’s resilience showed, with Matt Cornish rumbling over on his debut for the club four minutes from then end. Jackson added the extras, leaving the score at 34-17 in Bath’s favour.

That was all that the visitors could muster despite late pressure, Bath taking the bonus-point win, 34-17.