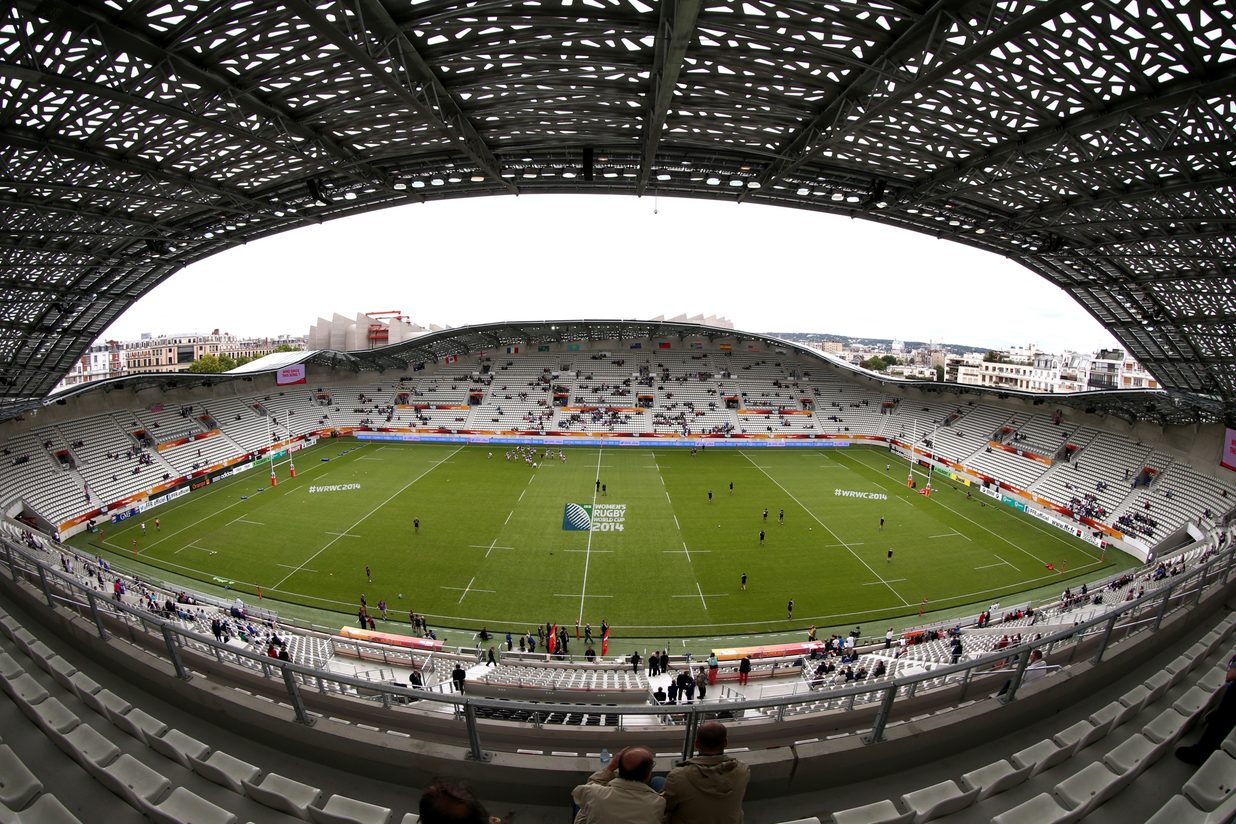 For all of our supporters travelling to this weekend's game, thank you for your support and we hope you find these travel tips useful.

The Stade Jean-Bouin is a fully covered, fully seated ground right next door to the Parc des Princes in the 16th district of the French capital. Redeveloped in 2013 to its current capacity of 20,000, it is a modern and attractive stadium. Constructed in a bowl shape, there are significantly more seats along pitch side compared to behind the posts (to reduce the impact on local residents) and a good sprinkling of pink is always in view.

It is an eco-friendly ground, with rainwater collected to water the pitch and solar panels to provide green energy.

If you are brave enough, there are parking spots available at the ground but they are in short supply.

The Parisian metro system is excellent, and even for the non-French speaker is straight forward to navigate. There are several stops within an easy walk of the stadium, either on Metro Line 9 (alight at the 'Exelmans' stop) or Line 10 (Porte d'Auteuil).

Paris is a focal point of the high-speed rail network in France and Western Europe. The majority of international services arrive at the Gare du Nord.

From within France, the majority of high-speed services operate to the Gare Montparnasse, while slower services arrive at either the Gare d'Auterlitz (from central/SW France) or the Gare de Lyon (from South/Eastern France). Use the Metro / RER services listed above to get to the stadium, which will likely involve a change or two.

The  RailEurope  website offers tickets and a useful journey planner.

Paris is served by three airports:-

Situated in the northern suburbs, Charles de Gaulle is the closest airport to the Stade de France and also the largest airport in Paris.

A word of warning however - the airport is subdivided into loads of terminals, so make sure you know in advance which part you need!

The airport is served by direct trains (RER B) to the Stade de France and the city centre. If you are willing to risk the traffic on the roads, there is also a direct bus service operated by Roissybus from the airport to Paris.

Orly Airport is situated in the southern suburbs, where the RER train line B provides connections to central Paris and onwards to the Stade de France.

Beauvais is the Parisian choice for low cost carrier Ryanair, and as expected it is also the furthest away from the city (around 80km!).

To get into Paris, take the shuttle bus to Porte Maillot station (journey time around 1h 15 minutes) where the Paris Metro or RER will take you the rest of the way into town. Alternatively, you can take a taxi around 15 minutes to the train station in Beauvais town centre, where services operate to the Gare du Nord, taking around an hour.

Close to the ground, former Stade hooker Mathieu Blin is a co-owner of the  Trinquet  restaurant and bar, which has a good atmosphere before a match.

The centrally-located (nearest Métro Opéra)  Kitty O'Shea’s  is a good rugby pub that will definitely be busy.

The excellently-named  Frog and Rosbif ,  McBrides  and  The Thistle  on Rue St Denis tick the English, Irish and Scottish pub boxes. All three are also within an easy walk of Châtelet-les-Halles RER station.