AWAY TRAVEL: All you need to know for the trip to Saracens 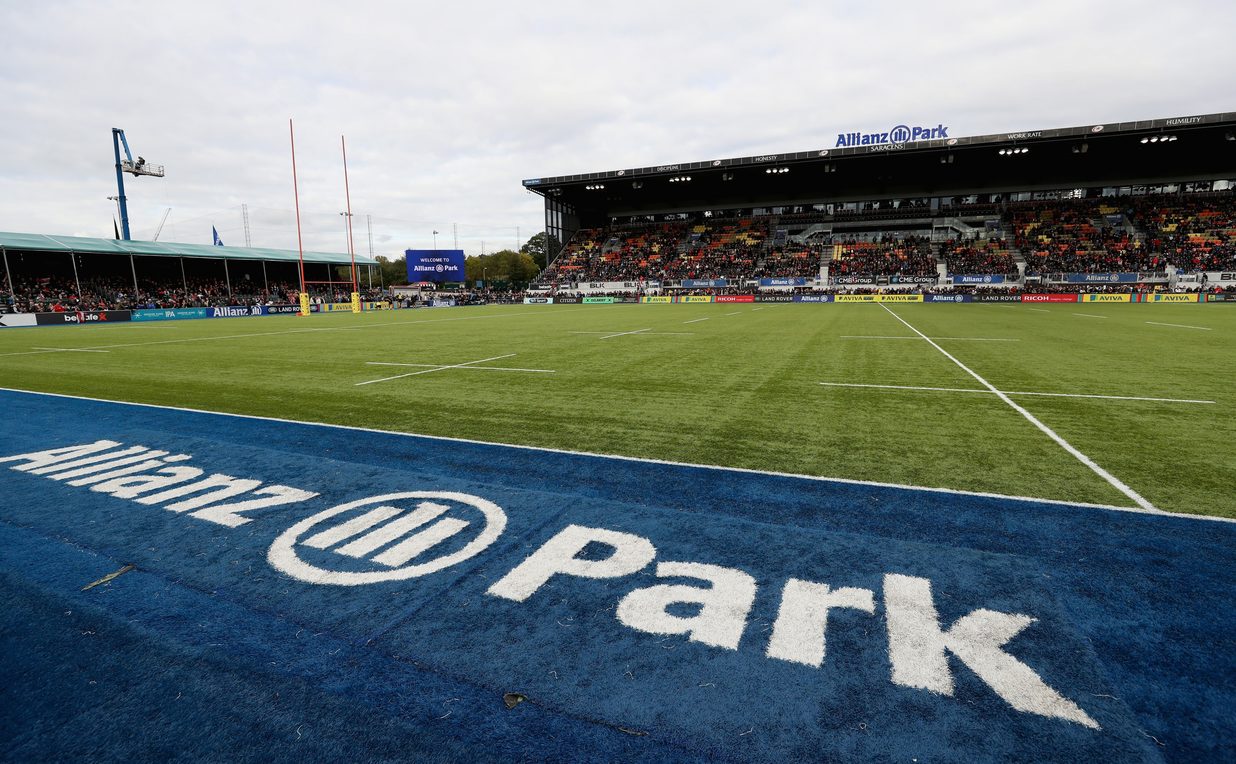 It's great to hear that a number of London Irish supporters are gearing up for this Saturday’s Aviva Premiership trip to Saracens (kick-off 3pm).

Thank you for your tremendous support and we look forward to seeing you at the game this weekend.

Ahead of the game, here's some handy information for those of you making the trip to Allianz Park.

Before and after the game

There are no pubs in the immediate vicinity of the ground, but there is Hendon Rugby Club who are opening their clubhouse to serve food and drink to visitors. Our friends The Bible Code Sundays will also be playing at the club from 5pm to 7pm on Saturday.

Also, the Adam and Eve near to Mill Hill East station offer a match day package of food, drink and transport for those who book in advance.

There is a wide selection of good street food available in the ground, including pizzas (wood-fired no less), hog roasts, fish and chips, burgers and Indian food.

In the ground they serve up real ales, cider and craft lagers. There is a large public bar in the East Stand that can cater for 1,000 thirsty supporters, and several smaller bars dotted around the ground. On top of that, there is a player-owned 'Wolfpack' bus that will also serve up beverages.

Saracens have recommended that if London Irish supporters would like to sit near to each other, the best area will be in the South Stand for Red & Black, the West for Silver and West Upper for Gold.

Tickets are selling out fast and London Irish supporters can book by clicking here or by calling 020 3675 7200.

Travel to the stadium

On-street parking in the residential areas around Allianz Park is extremely limited, and there are official car parks that can be booked in advance via the club. If possible, your best bet is to use public transport or park at Mill Hill Broadway or East Finchley stations and take the train for the rest of your journey.

There are a few options to consider when taking the train to Allianz Park. If you are travelling from London, Transport for London's journey planner is an essential aid. Bear in mind to leave plenty of time for getting to/from central London, as there can be queues and delays getting onto the shuttle buses.

Mill Hill Broadway Station is around 2 miles from Allianz Park, from where you can walk or take the 221 bus to the ground (alighting at Pursely Street). There are also shuttle buses running on match days from the station to the ground. The station is on the mainline rail network, and is served by trains operated by First Capital Connect. Regular services operate from the following to Mill Hill Broadway, with available onwards connections listed:-

West Hampstead (10 minutes) - connections on the Jubilee Line of the London Underground and London Overground services.

Farringdon (25 minutes) - connections on the Circle Line, Hammersmith & City Line and Metropolitan Line of the London Underground and mainline services to the South of London including Wimbledon, Sutton, Brighton and Gatwick Airport.

Blackfriars (32 minutes) - connections on the Circle Line and District Line of the London Underground, and access to London's Southbank.

Mill Hill East station is around a mile and a half from Allianz Park. Services on the Northern Line of the London Underground operate to destinations throughout London. As the station is on a branch line, you may have to change trains to get to your destination, and make sure to get on the correct train as the line branches at several points.

There are shuttle buses running on match days from the station to the ground.

On match days the club have laid on 'Saracens Express' coaches which you can book in advance. The services have multiple pick-up points and will get fans to the stadium well in advance of kick-off, with return coaches departing following the game.