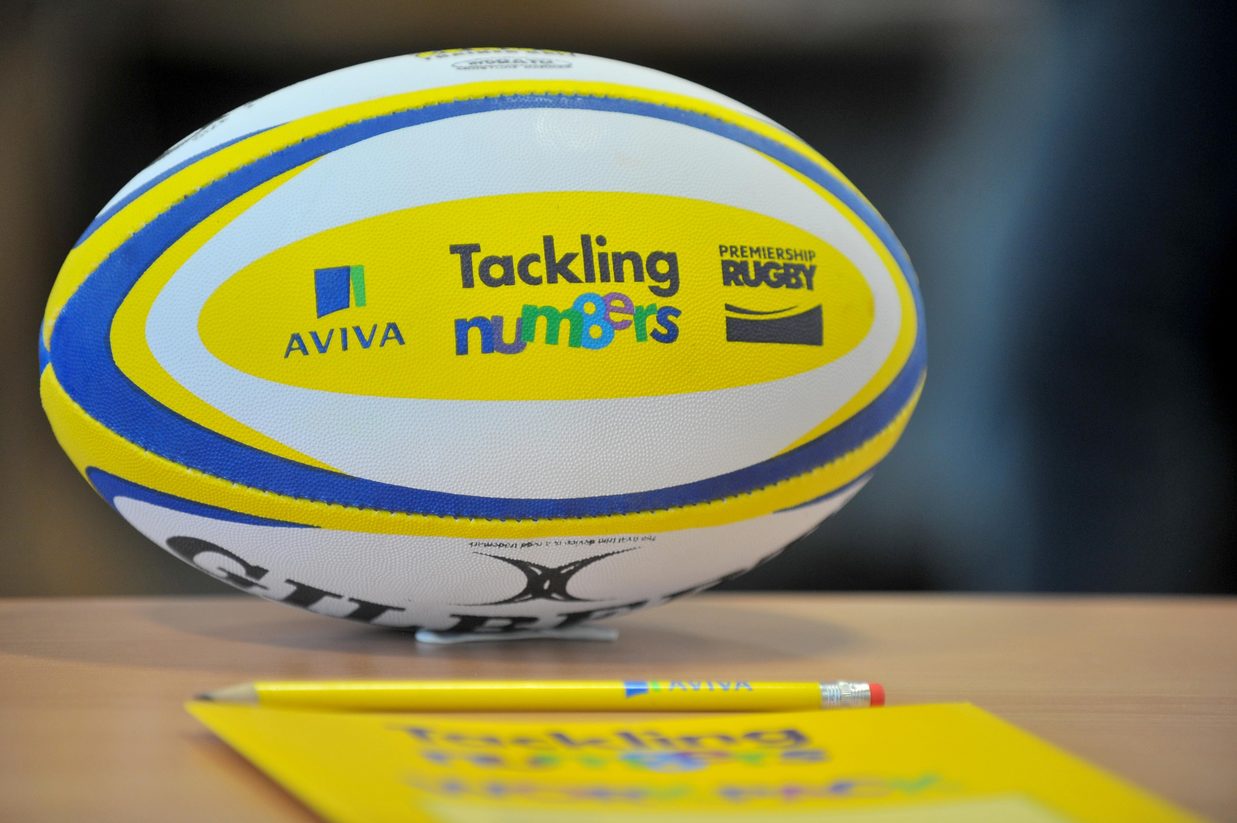 Aviva Tackling Numbers, an innovative and engaging programme for 7-9 year olds delivered by Premiership Rugby in partnership with Aviva, is now in its second year and continues to go from strength-to-strength.

The programme is all about making learning about numbers and basic financial literacy fun, exciting and rewarding, through combining interactive classroom maths sessions with practical, number-based rugby games.  In association with the 12 Premiership Rugby clubs across England and available to download for free online, the programme helps 7-9 year olds put foundations in place for better financial skills later in life.

Since the start of Aviva Tackling Numbers, the programme has;

Feedback from the first year has proved what a massive success Aviva Tackling Numbers has been;

Other highlights include being awarded the PFEG (Personal Finance Education Group) Quality Mark after an independent assessment by the UK’s leading financial education charity and setting a new GUINNESS WORLD RECORDS™ title at last season’s Aviva Premiership Rugby Final at Twickenham as 323 children took part in the world’s longest human representation of a mathematical equation on the pitch.

To put your maths to the test and find out more about the Aviva Tackling Numbers programme visit www.aviva.co.uk/tacklingnumbers.