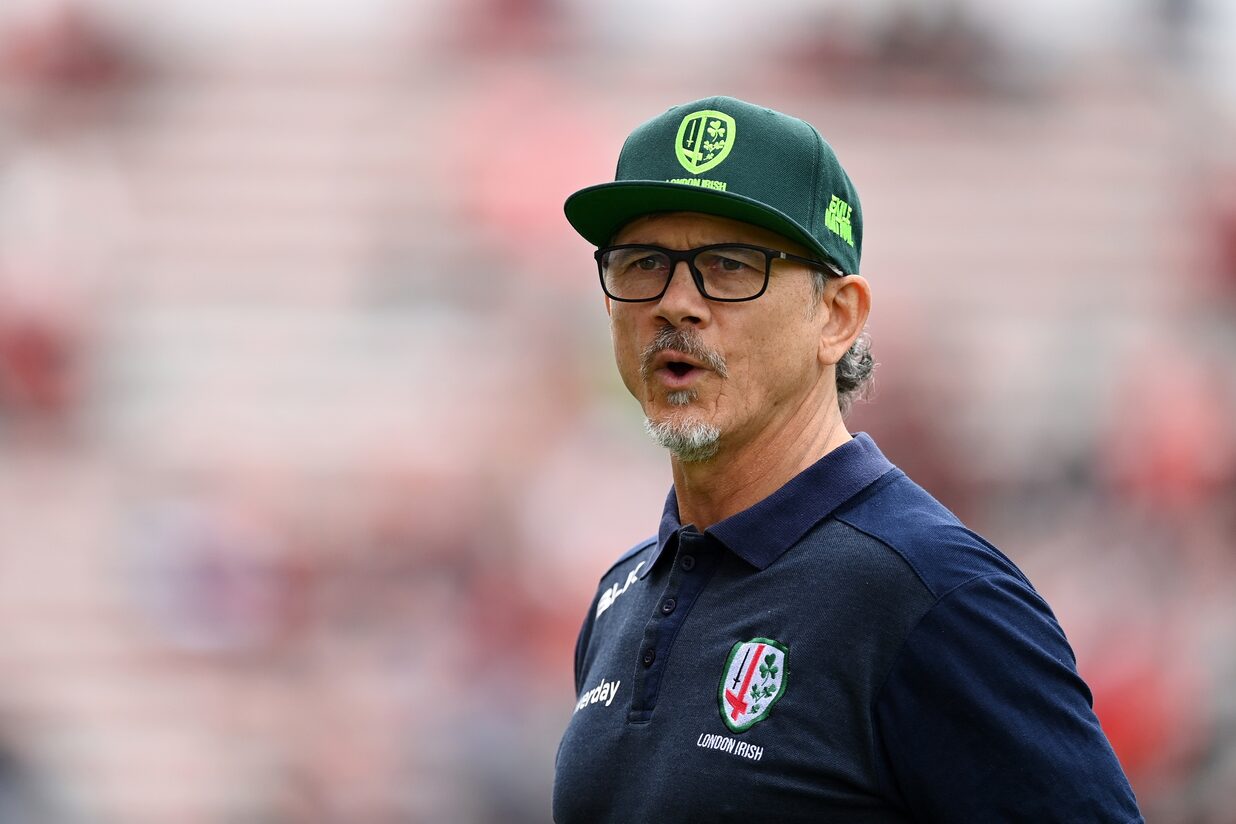 Irish led the hosts at half-time after Albert Tuisue’s converted opening try and a Paddy Jackson penalty, but a strong kicking performance from Louis Carbonel throughout in addition to Charles Ollivon’s try was enough for the Top 14 side despite Henry Arundell’s late effort.

Kiss still commented on how indiscipline midway through the tie proved deleterious for the Exiles, stating lack of assurance was “costly” for the team.

“We had a good start, without a doubt, but I think in the middle period we made too many errors,” Kiss acknowledged.

“The penalty count ended up 16-6 in that area and we had two yellow cards, it certainly put us on the back foot in that middle period.

“We just needed to look after our game a little better and being a bit more certain how we played in that period, we didn’t quite just nail that, and it was costly.

“It certainly gave Toulon a chance to stay in the game with three penalties to get to 10-9, we tried to finish strong but we just couldn’t get there in the end.

“They are a tough team and we have to give them credit, they got done what they had to and got what they needed.”

The tense 80 minutes saw Irish concede three more turnovers than their opponents, something the Australian points to in terms of improvements needed for the west Londoners, as Toulon came out victors in search of their first Challenge Cup honours.

Kiss still was satisfied with his side’s approach in attacking scenarios, none more so than the two tries scored that bookended the game.

“After about 15 minutes, we had two plays that ended in a forward pass and would have been line breaks.

“Again, that took the heat off them put the pressure back on ourselves and there were a couple of things we could have controlled better in those times.

“But I was really happy that we went at the game and attacked it the way we wanted to, and as a group we are disappointed that we couldn’t hold their power out in the maul and scrum in the middle of the game.”

Irish did not elude from flexing the capabilities of their more youthful players, with six of the matchday squad 23-years-old or younger.

Sunday’s try was a crowning moment for a certain Henry Arundell, who showcased his talents on the big stage once more and brought the Exiles to within touching distance of a first European semi-final in 14 years.

“It was great to see what Henry did today,” Kiss expressed.

“We weren’t surprised when that happened, we know what’s possible with him but for him, Will Joseph, Tom Pearson and Juan Martín González to get a taste of European rugby in one of the toughest cauldrons is great for us.”