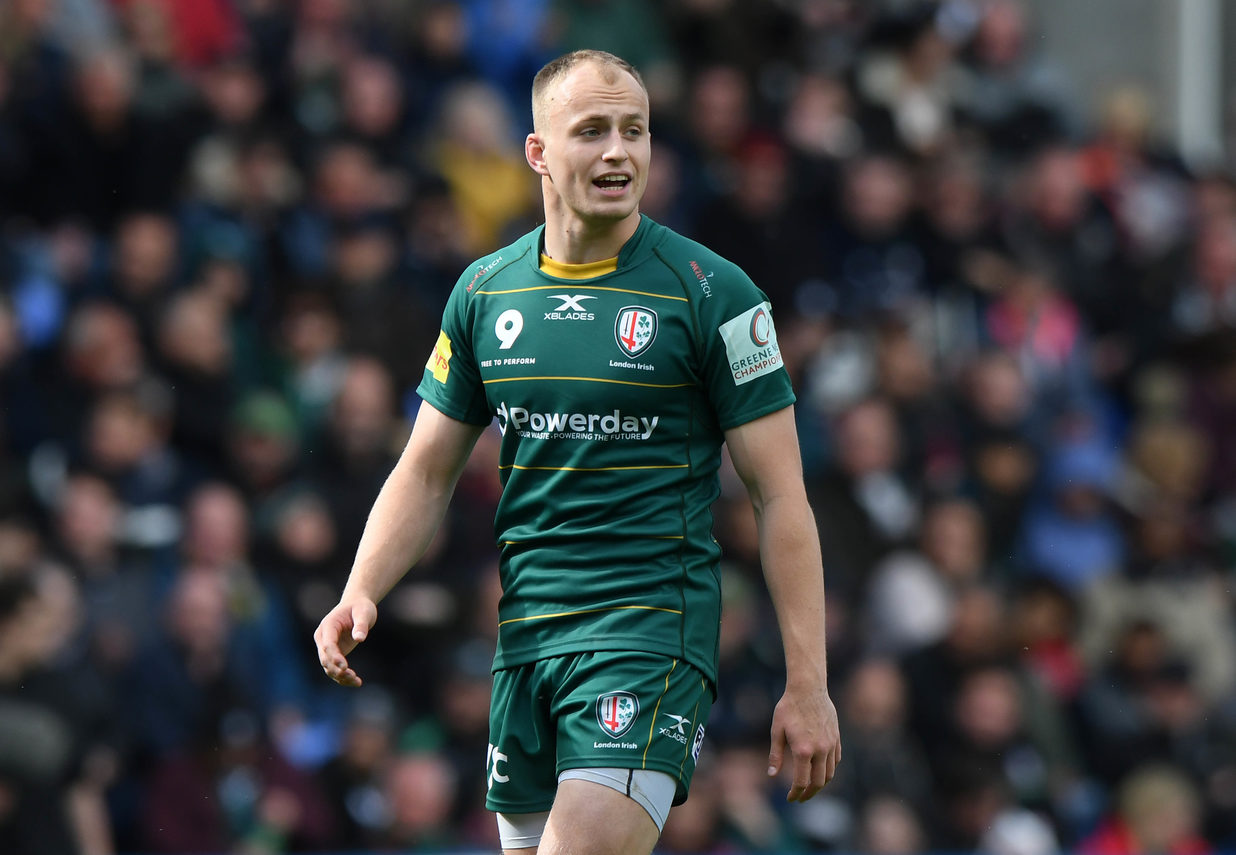 Fly-half Jacob Atkins put in many substantial performances throughout the 2018/19 campaign, contributing heavily to the club’s promotion back to the Gallagher Premiership.

The Academy graduate however was very humble in response of the question, insisting the team’s results are the most important thing.

“I’m happy to make, what I thought, was a good contribution to the team throughout the season.

“Ultimately, we achieved our goal, which was to get promoted. That is the key thing to take away from the season and now we can start to prepare for life back in the Premiership.”

Atkins’ performances amassed 59 points for the Exiles in 16 appearances and the youngster was quick to praise the help he has received.

“I’ve been extremely lucky throughout my career to be given the opportunity to learn from some fantastic players” explained Atkins.

“Stephen Myler, Ian Keatley, Greig Tonks, Tommy Bell and James Marshall are all brilliant guys that have been more than happy to help me with my development at the club.

“They’ve all sacrificed their own time to help me develop as a player and as a teammate, so I am very grateful for the chance to learn from those guys.”

The Championship season saw the Exiles travel all over the country, but there was one fixture that stood out for Atkins.

“Our performance against Cornish Pirates away in the Championship was a special day. We lost there earlier in the season and it’s such a hard place to go and play rugby.

“It was a massive game in relation to the league table, so we had a huge training week and put a lot of pressure of ourselves to perform. It turned out to be one of the best attacking displays we executed all season with Fergus Mulchrone and Tom Stephenson playing very well.

Atkins went on to explain that there was an extra motivation to put in a good performance that day in the West Country.

“When we were walking around Penzance, there were so many Irish supporters about. We couldn’t go and get a coffee without bumping into six, seven or eight supporters. It was brilliant to see us turn the place green and gave us a boost when we got onto the pitch!”

Although the season has only just finished, Atkins is already preparing for life in the Premiership.

“I’ve been popping into the club to make sure I am ready for pre-season. There are some brilliant names joining and it’s a very exciting time for the club.

“I’ve been watching the final stages of the Premiership and the European competitions and it has just made me more excited to get stuck in. I think everyone at the club, including coaches, players, staff, media team, can’t wait to get going again.”

For more information on the 2019/20 Season Tickets, click here.