Arundell nominated for Breakthrough Player of the Year 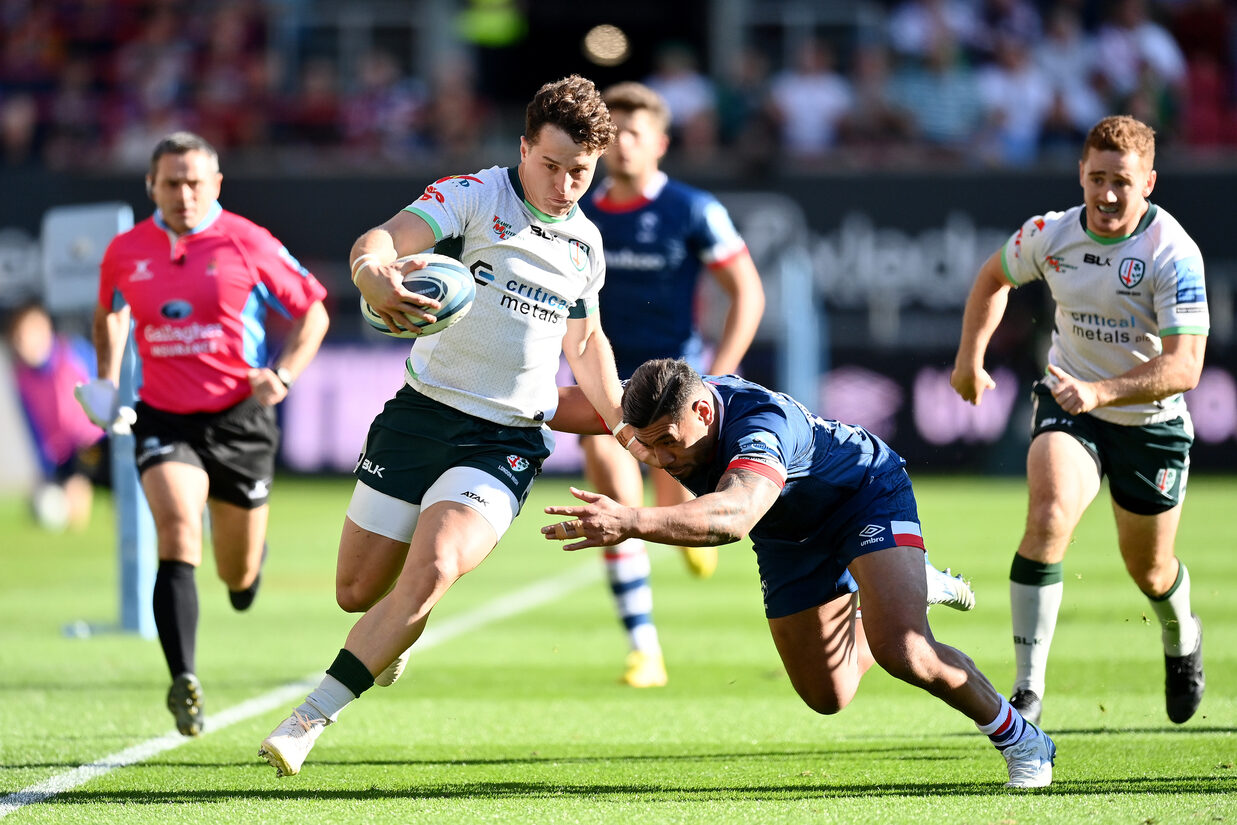 London Irish’s Henry Arundell has been nominated for World Rugby Men’s Breakthrough Player of the Year, in partnership with Tudor.

Selected by the star-studded World Rugby Awards panels, nominees in the nine categories are set to be announced throughout today (Monday 14 November), with Arundell set to go up against Ange Capuozzo, Mack Hansen, and Dan Sheehan for the World Rugby Men’s 15s Breakthrough Player of the Year prize.

Arundell burst onto the scene with a fantastic individual length-of-the-pitch try against RC Toulon in the European Rugby Challenge Cup and has continued to make a name for himself in the London Irish jersey, scoring 10 tries in just 19 appearances.

Henry then made his mark on the international stage, scoring on debut for England on their tour to Australia over the summer where he played in all three tests, assisting his country to a series win.

“Everyone is delighted for Henry on his nomination for the World Rugby Men’s Breakthrough Player of the Year,” said Declan Kidney, Director of Rugby.

“He is a determined young man who has sacrificed a lot to get to this point. The most pleasing thing to see is that his attitude and desire to improve has not waivered. The future is bright for Henry, and we look forward to seeing what he can do in a London Irish jersey.”

“It’s a real honour to be nominated for such a fantastic award and to be in contention with some brilliant players,” said Arundell.

“I have had the continued support from family, friends, teammates and coaches throughout my young career and I can’t thank them enough for what they have done for me.

“This nomination is something I am very proud of. Thank you to the World Rugby Awards panel for nominating me, it’s not something I take lightly.”

The prestigious World Rugby Awards 2022 will be presented in Monaco on Sunday 20 November.