An ode to Europe: Arundell, Pearson and Rogerson on Irish’s Champions Cup qualification

“The group we have is very special in terms of young players and the influence of senior players in the squad too,” states Henry Arundell, one of London Irish’s breakout stars of the 2021/22 campaign.

“It was a good season, and on paper it looks good in terms of Irish’s history, but players and coaches believe we could have filled even more potential than we already did.

“But making the Champions Cup was a massive moment for the Club, being 10 years away from the competition.”

It’s been a long time away, but Irish have made it back to the top of Europe’s knockout competitions, the Heineken Champions Cup.

A decade-long absence has seen peaks and troughs in the story of the west Londoners; two relegations and two bounce back promotions as well as deep cup runs in both continental and domestic competition has only enriched the storied history of the Club.

Ten years ago, Irish took on the might of Cardiff, Edinburgh Rugby and Racing 92, beating the French opposition away from home 34-14, but it was to be a pool stage exit from the competition.

With those in the current squad having experienced Champions Cup rugby before not numbering 10, the novelty for this Irish side touring Europe will be a journey to remember for fans and players alike.

That’s not to say Irish aren’t looking forward to many more opportunities to crack into the tournament for years to come, however.

Captain Matt Rogerson, in his second full season skippering the side, made his 100th Club appearance in Irish’s most recent run-out in the Gallagher Premiership against Newcastle Falcons.

This Friday evening, he will now get the opportunity to lead out the Club he joined from Jersey Reds in their most recent season in the Championship.

“I’m massively looking forward to it, we did get drawn a very hard pair in Stormers and Montpellier, both champions in their own right.

“But where we are at as a Club with the firepower and talent we possess, we have the ability to go toe-to-toe with these teams and give them a proper contest.

“That doesn’t come without an enormous amount of hard work which began in the pre-season period, however.

“As a player, these are the types of games you want to be involved in and I’m confident with the guys that we have and the results we have pulled off that we have it within us to do that again.” 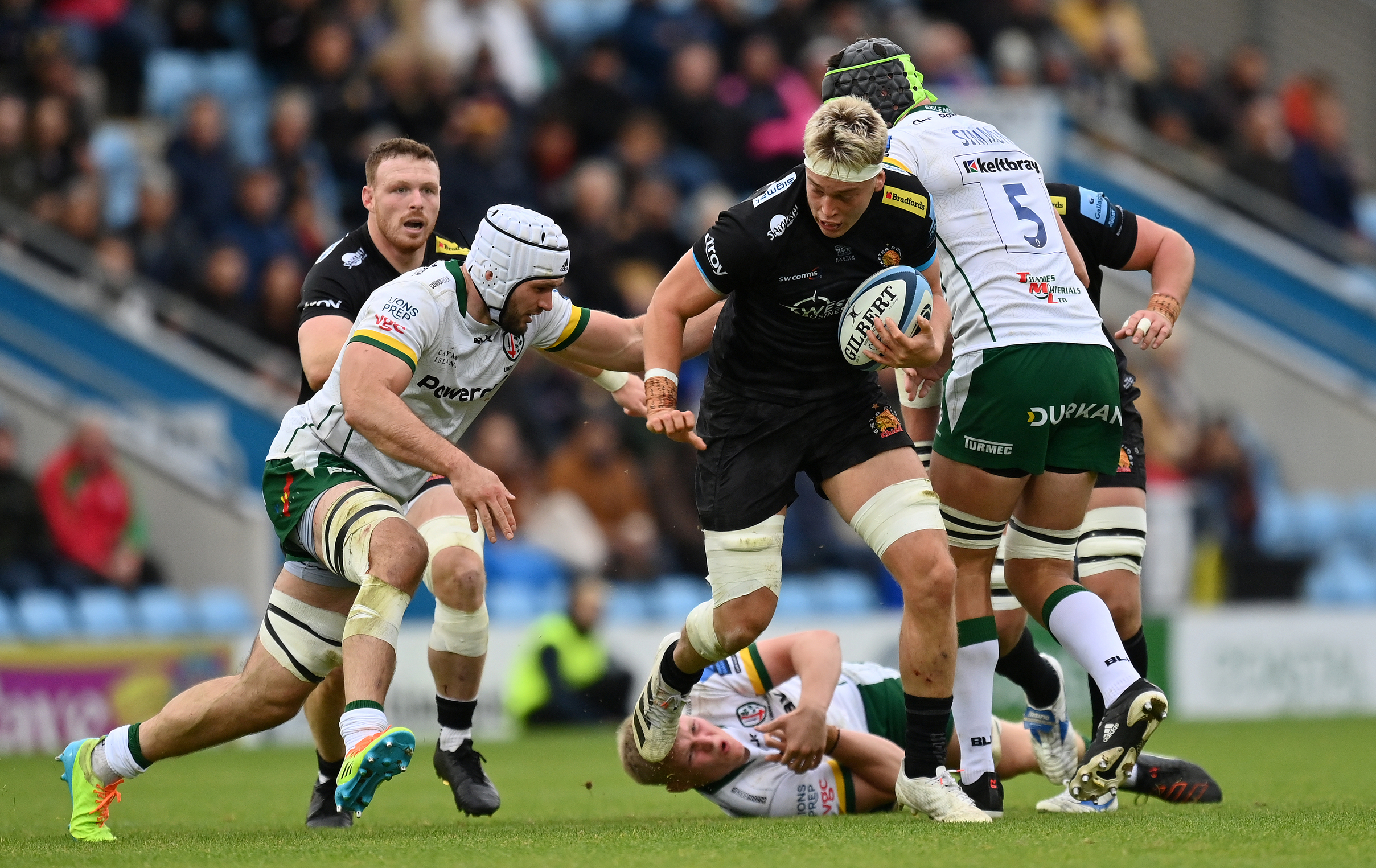 The tightness of the league last year, particularly surrounding qualification and finishing in the top eight of the Gallagher Premiership, saw the Exiles finish three points ahead of their nearest competitors, Wasps.

Rogerson is acutely aware of the importance of getting the most out of every single game, irrespective of the final result.

“Games last year have shown that every point you get is important in the Premiership, we qualified by three points and every point in games like that and our draws count.

“A lot of those draws were games we were losing at one point and were out of it, so to bring it back and get two or three points compared to nothing are huge amounts to pick up and contribute to our qualification.

“We say it to the lads a lot, the coaches say it and the leaders in the group say it- ‘We have to try and get as much as we can from every game.’”

“They all add up, there’s a lot to be said for fighting for every inch and point, and our season is a perfect example of that.”

A player who will be more aware than most in regard to fine margins was Arundell, whose try assist and score of his own against Wasps in May sparked an Irish turnaround to rival any in the Club’s eclectic collection of famous comebacks last year.

Here, he talks through that famed score that put the youngster into the national rugby psyche.

“I’ve done quite a lot of chip and chases as I have gone in my career, so it’s always a skill I’m keen to practice on.

“There’s always that space in behind the defender, and if you can master it, then you can always get the ball back.

“I received the pass from Paddy [Jackson] infield and realised there wasn’t much support behind me, and there were two players including Malakai Fekitoa in front of me, and I didn’t fancy running through them!

“The full-back was quite deep and there was space in behind, so I thought I might as well give it a go and hope the ball bounce is kind. 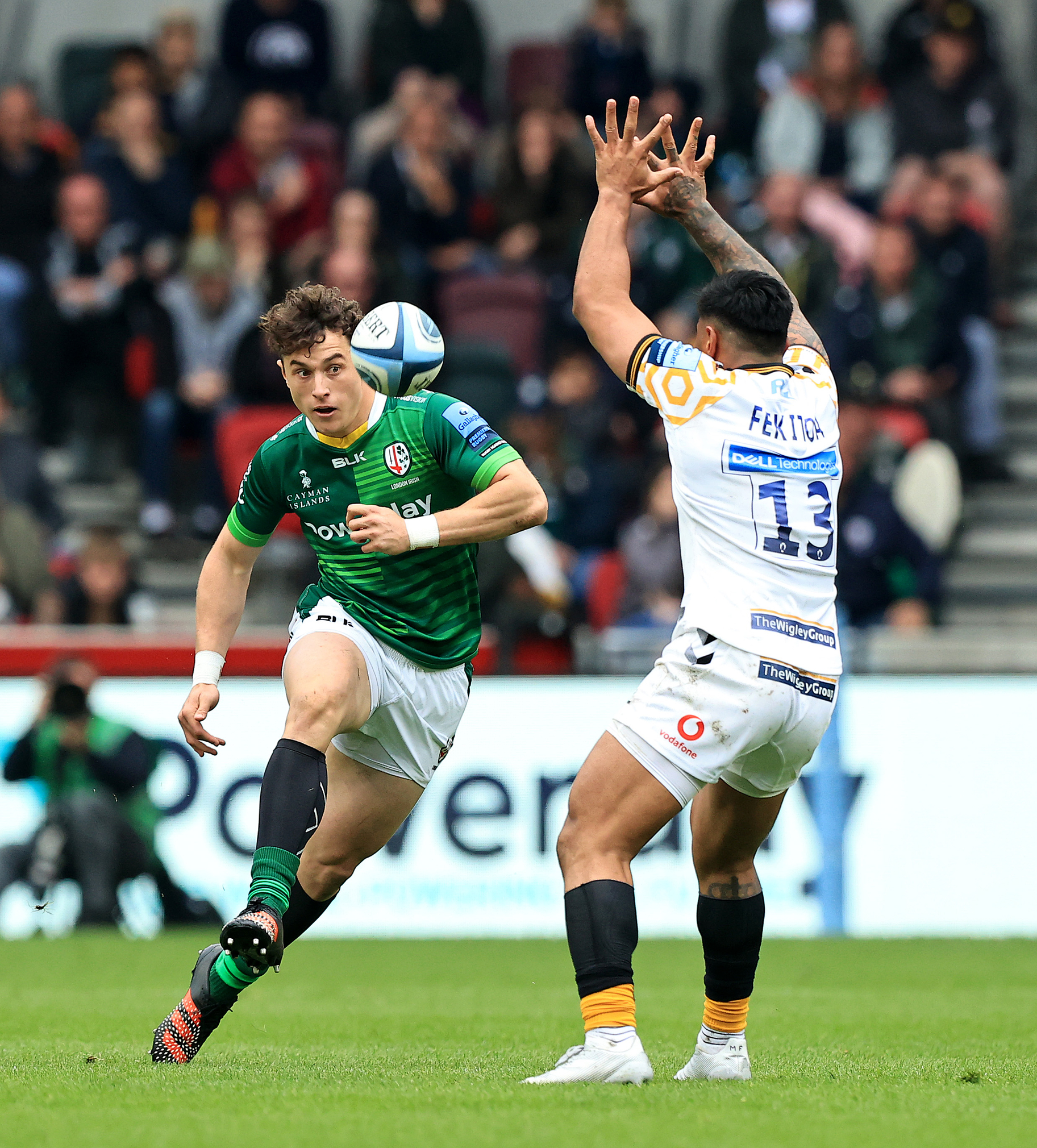 “At that point, it’s quite fun being young and free where you can just play what you see, which is what the coaches like to say to everyone.

“To be involved in that game and play that role, whether I deserved Man of the Match or not, it was massive for me to get that confidence in the later weeks to just do things.

“Everyone knows that Irish are never going to give up if they’re behind, which is a nice reputation to have, now it’s doing that for the full 80.”

Tom Pearson, the 23-year-old back-row talent who was signed to the Senior Academy the summer before last, examined his debut for the Club where Irish took their first victory of the campaign.

“It definitely kick-started our season, there’s not many teams that can go to Exeter Chiefs and get five points,” Pearson outlined on an afternoon where his side emerged 33-21 victors.

“It was a massive source of confidence on our way to progressing up the table and helped us in the reverse home game as well, which we came out of on the right side again.

“It was a domino effect that helped us eventually get to the point where we can now compete in the Heineken Champions Cup.”

Rogerson, who picked up the Player of the Match award that afternoon, made 26 tackles and his loose forward counterpart made 25.

Having picked up two draws preceding the Exeter win, the post-match scenes that Pearson reminisces upon saw the elation erupt after the first win of the campaign in Round 6.

“We had a few beers on the bus, but I was absolutely shattered to be honest!

“I wasn’t that lively, but me and the boys did the ‘Maybe It’s Because I’m An Irish Londoner’ song for the first time after the game which was a lovely feeling.

“It was a good moment, all that hard work throughout pre-season had come off and being on the end of a few tough results throughout the year, it was a really rewarding moment for the whole squad.” 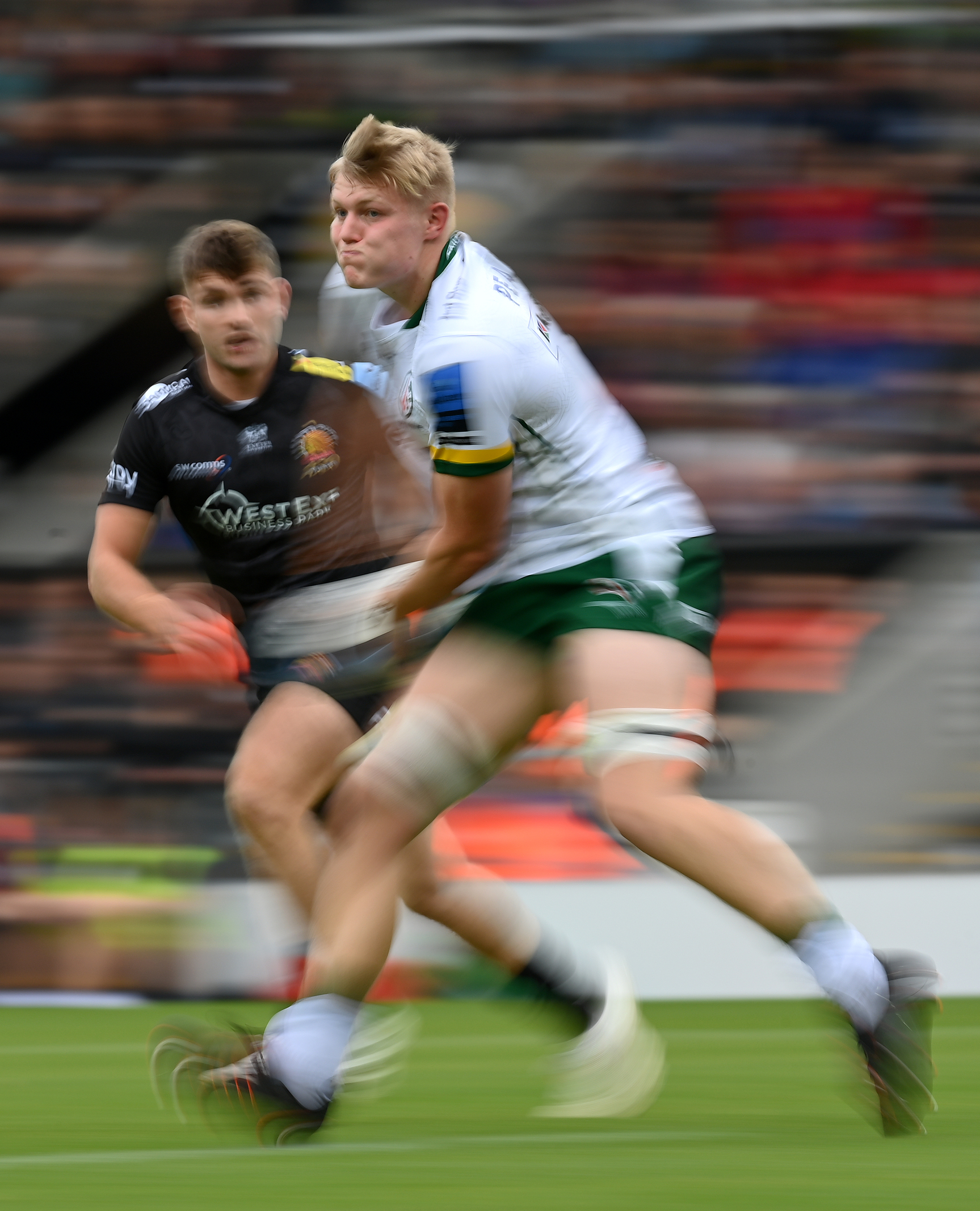 Two league outings that would seemingly bookend the rollercoaster that was the 2021/22 season for the Exiles saw Irish pick up their first win and a comeback draw.

Pearson and Arundell, both London Irish Academy graduates, now digest what it means for a Club like London Irish to be back on the big stage this year.

“It will be a good test and definitely one we are up for as a young ambitious squad,” the former commented.

“Possibly a reason why young players have left Irish in the past may have been down to not being in the Champions Cup and possibly a push factor away.

“But us qualifying now is not a reason to leave and they can play that standard of rugby at Irish, which is really important.

“It will help us as a team and in our Premiership matches to play Stormers and Montpellier away will be really tough tests, but having that experience as an individual and as a team is invaluable.”

Arundell added: “Everyone wants to be at that top level, and to play against the best to be the best.

“Playing in the Champions Cup is most European players’ dream, Stormers and Montpellier won their respective leagues and that’s a serious challenge with the internationals they have.

“Regardless of the results we get this year, it will be an unbelievable experience for the lads to travel and play against these great teams.

“For the fans as well; it’s great that we play Premiership games in Brentford, but teams like Montpellier and Stormers to come to the Gtech and bring a whole set of new supporters in to see the best players in the world play, you can’t underestimate the importance of that.”