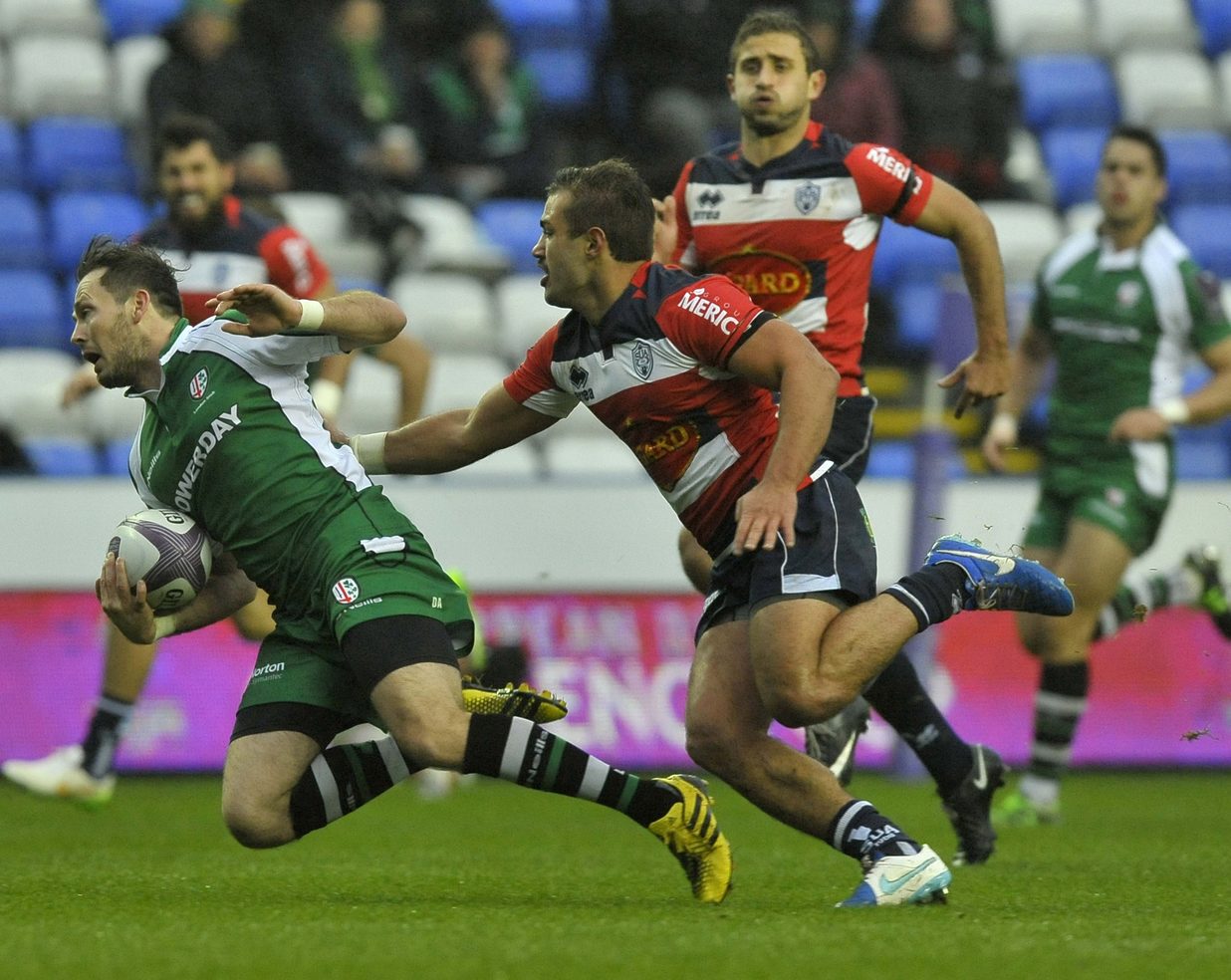 London Irish scrum half Darren Allinson is keen to push on following Saturday’s opening round Challenge Cup victory against Agen at Madejski Stadium.

The Welsh scrum half made his first start of the season and played an integral role in guiding Irish to their first win of the campaign.

Tom Coventry’s side crossed for eight tries in total with Gerard Ellis and Alex Lewington scoring a brace and there were further tries for Sean Maitland, Rob McCusker and senior Academy player Johnny Williams and Joe Trayfoot on their debuts for the Club.

“It was great to get out there and get some competitive rugby under my belt,” said Allinson on making his first start of the season. “We played some good rugby and scored eight tries which will give the squad confidence going into the Grenoble game this Saturday.”

Irish head to France this weekend to play Top 14 side Grenoble in round two of the competition looking to make it consecutive victories in the Challenge Cup. The squad will look to build some momentum heading back into the Aviva Premiership and the London Double Header fixture against Wasps at Twickenham on Saturday 28th November.

“This weekend will be a step up from Saturday. Grenoble are a good side and they have some real quality in their squad so we know what we are coming up against. We will need to push on from the performance last week and go over there and give it our best.”

The battle for the scrum half shirt is a keenly contested at London Irish with Allinson competing with Scott Steele, last season’s ‘Young player of the Year’ and former New South Wales Waratahs, Brendan McKibbin for the number 9 jersey.

“Both Scott and Brendan are great players and we get on really well off the pitch too. All three of us are competitive and we all want to play, having that competition brings out the best in us all.”