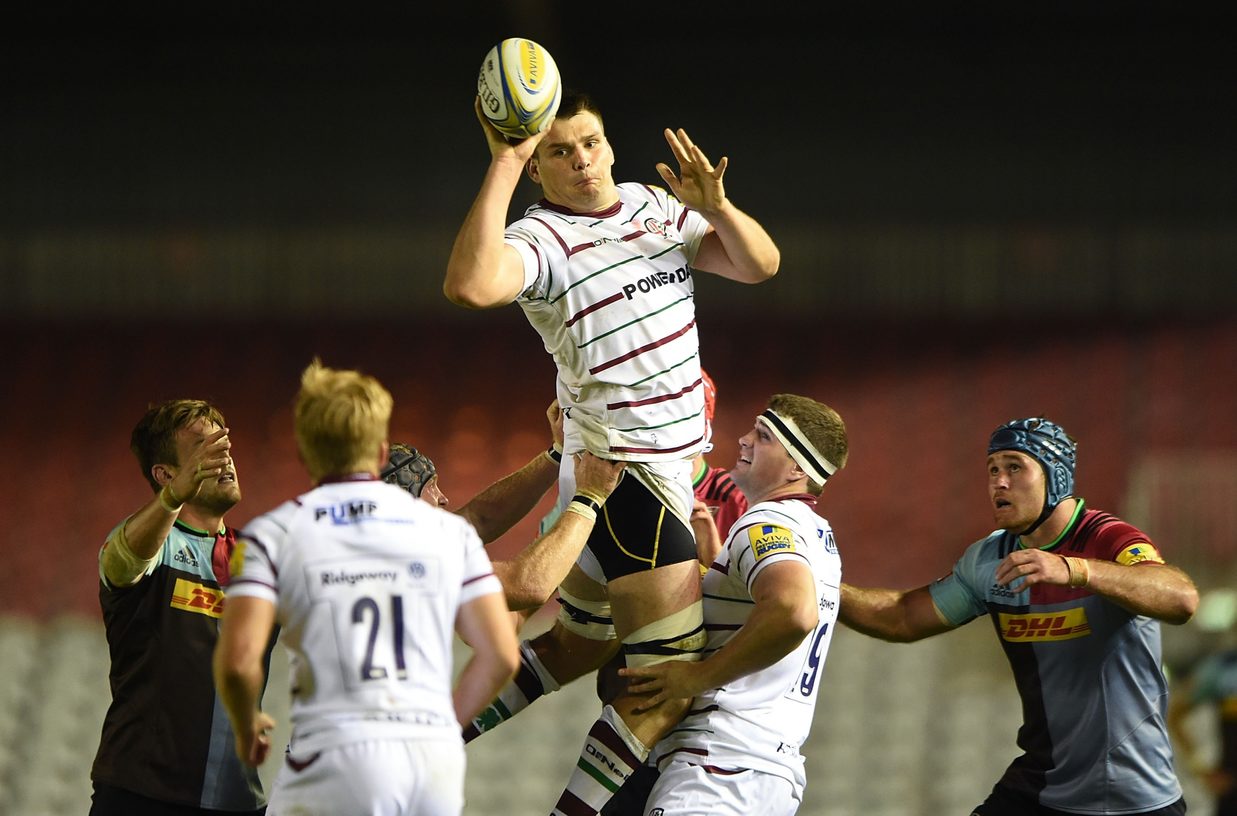 London Irish travelled to The Stoop on Friday for match one of the Cunningham Duncombe Series versus Harlequins.

In a fast paced affair it was Harlequins who edged a hard fought 22-17 win, with Alex Lewington collecting a brace and Luke Narraway also crossing for the Exiles.

Harlequins started the stronger of the two sides, with new signing James Horwill crashing over after six minutes and Ben Botica adding the extras.

The Exiles responded well, an arching run from full-back Christian Lewis-Pratt saw Alex Lewington in space on the wing but Harlequins tracked across and forced him into touch.

London Irish were denied again seconds later, this time Lewis-Pratt breaking away only for referee Dean Richards to bring it back for a forward pass.

It didn’t take long for the Exiles to get across the whitewash, however. A lovely backs move saw Quins forced onto their own line and they were soon reduced to 14 as Luke Wallace was sent to the bin.

The Irish pack quickly made this numbers advantage count, with Luke Narraway crashing over following a powerful maul.

After 25 minutes London Irish’s Jimmy Stevens was sent to the bin and Botica wasted no time in finding the space, stepping his way over before converting his own try to bring the scores to 14 – 5.

As the half continued, the Irish back line began to find their groove, Shane Geraghty mixing play with long and short passes and clever kicks into the corners.

After 32 minutes Andrew Fenby cut in off his wing to break through the middle, the winger fed it wide to Lewington who showed his pace to crash over for the Exiles’ second try. McKibbin was unable to convert from wide out, the scores were left at 14-10.

It looked as this would be the score at the break but as the Quins pack rumbled their way up to the Irish line, Eoin Sheriff was sent to the bin and Botica slotted the penalty to make it 17-10 at the break.

And it was Harlequins who struck first in the second half. Charlie Walker found himself in space down the wing and dived in at the corner.

Ten minutes later and it was London Irish’s winger Alex Lewington who was crossing down the other end for his second of the evening. After a rumbling series of runs from the forwards which bought London Irish within five metres, Lewington ran a hard line close to the breakdown to crash over from short range and Theo Brophy Clews converted to make it 22-17.

Throughout the rest of the second half both sides looked to control possession and territory.

Irish came close on several occasions to crossing again, Lewington almost breaking away for his hat trick in the dying seconds but Harlequins held out for a 22-17 win leaving it all to play for in game two of the Cunningham Duncombe Series next week on Friday 2nd October.