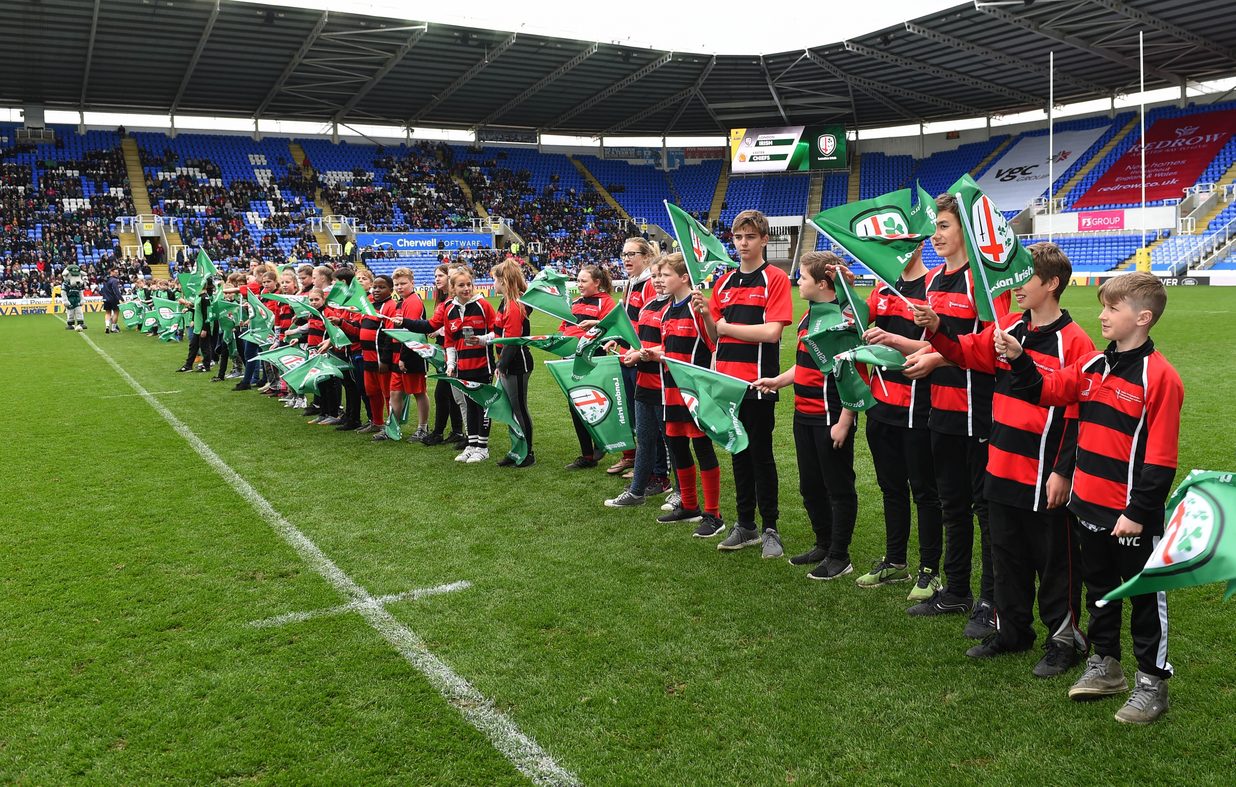 The London Irish community team were up bright and early to host their U12 match day event, which saw 12 teams go head to head in a round robin competition at Leighton Park School before Sunday’s Aviva Premiership fixture against Exeter Chiefs.

“All of the coaches were very impressed with the level of the rugby on show and their desire to learn,” said London Irish community rugby coach Matthew Heeks.

“A big thank you must go to all the players who were brilliant.”

Both the match day event and the coaching clinics then came together to quiz London Irish first teamers Luke McLean, Brendan McKibbin, Teofilo Paulo and Mike Coman during a Q&A session.

“It was certainly the biggest Q&A that I’ve ever done and there were some brilliant questions fired our way,” said former Italian international McLean.

“Hopefully everyone had a good time.”

Just before the London Irish and Exeter players took to the field, the coaching clinic participants were joined by Oakmedians RFC and the London Irish Community Lyon Tour U12 team to form the guard of honour.

Tadley, Alton, High Wycombe, Redingensians, Maidenhead, Wallingford and Bracknell rugby clubs then made up the guard of honour for the second half.

In total, the London Irish community team welcomed 279 youngsters onto the pitch to take part in the guard of honour, ensuring it was the biggest guard of honour the club has ever hosted.

Bill Pulling, marketing and events organiser, said: “It was amazing to see the sheer scale of the guard of honour. The lines stretched out to the centre of the pitch! The smiles on the children’s faces made all the hard work very worthwhile. Thank you very much to all that made this possible.”