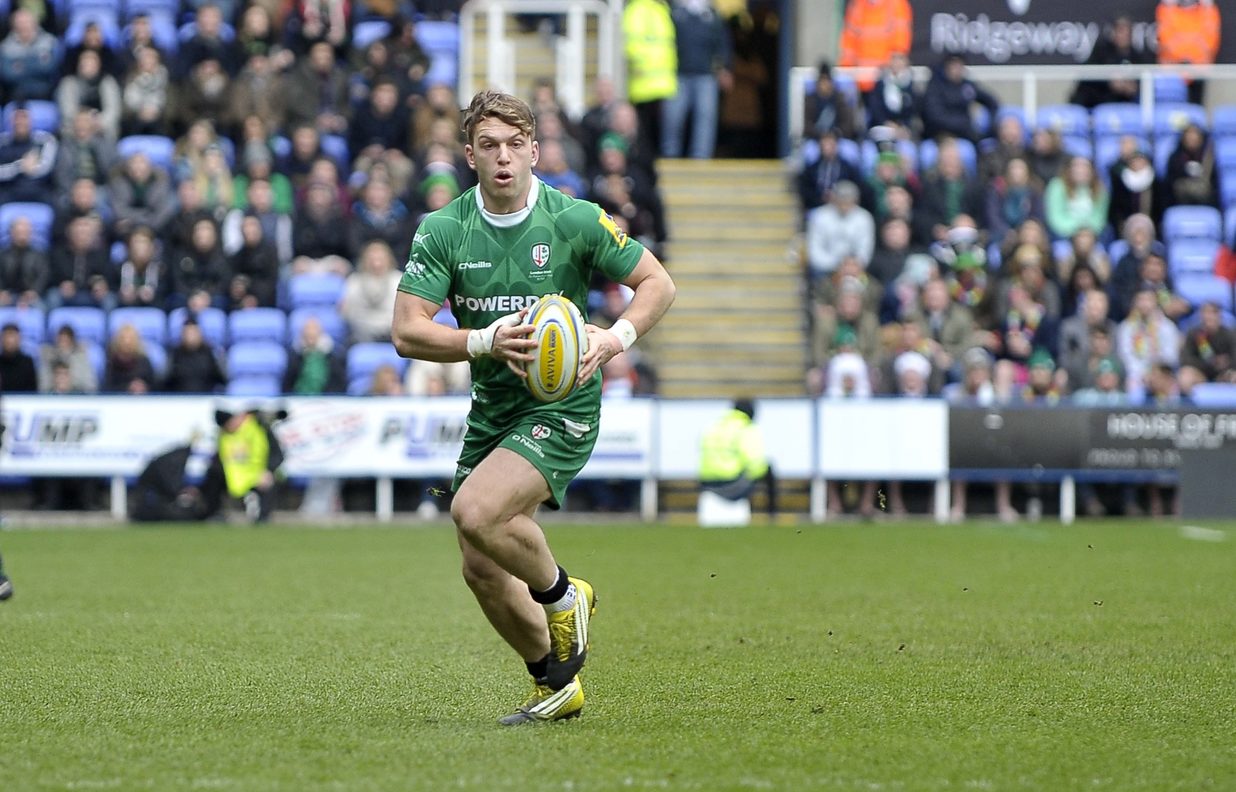 England Head Coach Eddie Jones has included London Irish winger Alex Lewington in his squad for a three-day training camp at Brighton College from 17 – 19 May.

The Exiles winger has been a stand out performer for the Club this season, scoring nine tries in 21 appearances.

Glenn Delaney, Head of Rugby Operations believes it is recognition of the hard work he has put in during this campaign. “He’s done very well. He made the squad at the end of last season as well so it is good to see his form has been recognised once again.

“Alex is a fantastic try scorer and it is pleasing that a change in coaching staff with England hasn’t changed the appreciation of what he does. He has an opportunity now to go to Brighton and impress the coaches ahead of selection for their squads to go away in June.

“We are hopeful he’ll be involved in one of those, keep impressing and moving forward to hopefully achieving a full cap.”

England Head Coach, Eddie Jones added: “The Brighton training camp is a good opportunity for England to get together and train hard ahead of the Wales game and summer tour.

“We have an important game at Twickenham at the end of the month and then a challenging tour to Australia. It’s a challenge that really excites us and we’re looking forward to starting our preparation.

“There’s lots of hard work to be done if we are going to play with the intensity needed to beat southern hemisphere teams. We know the speed of the game in Australia will be considerably higher than the RBS 6 Nations, so this short camp, as well as the preparation time ahead of Wales, is going to be vital to our progression.

“Tour places are still up for grabs and I expect the players in this camp, as well as those involved in the play-offs, to continue to make their case for selection.”