ACADEMY PROFILE: Get a Loader this! 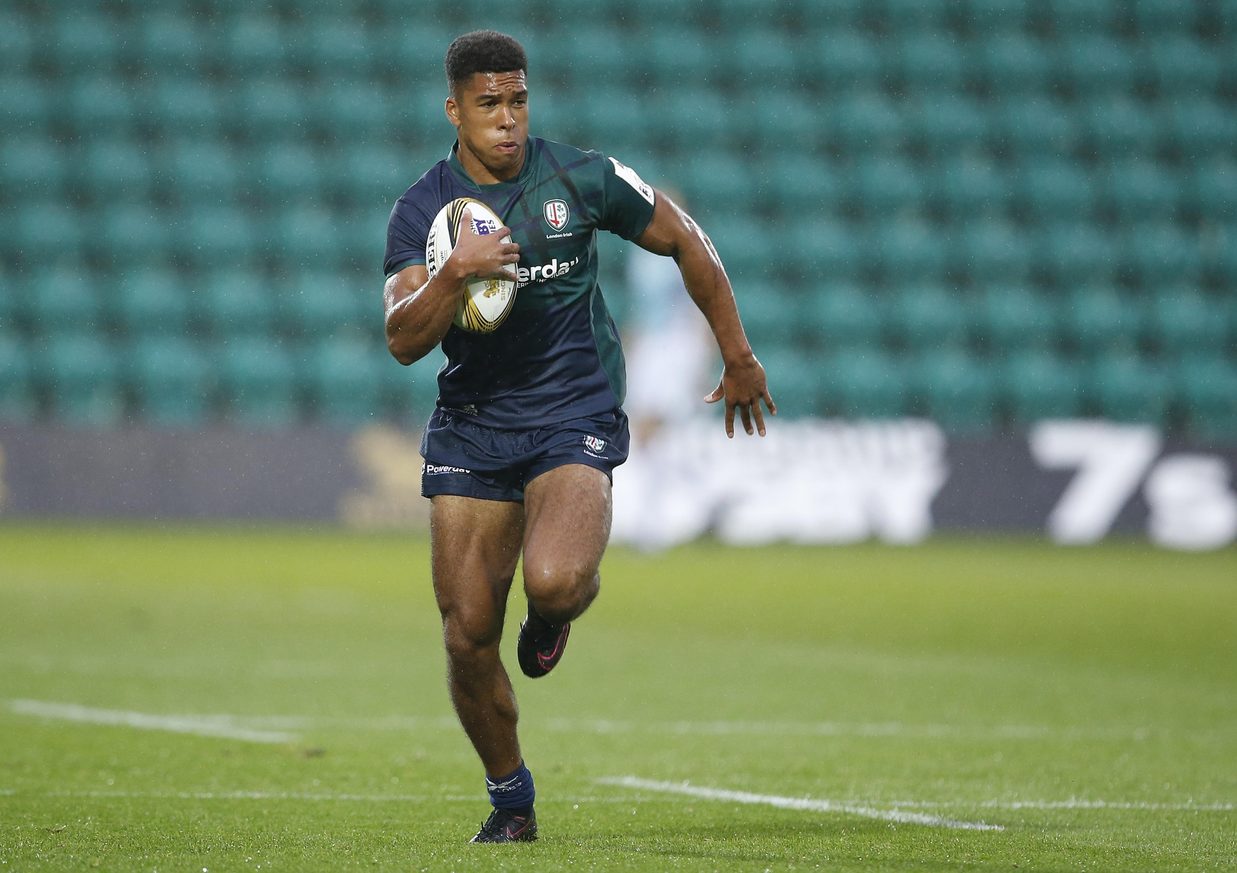 Regularly attending Irish’s home matches as a youngster, Loader, 18, would drool at the sight of Ojo in full flight. Now a teammate of Ojo, who last October broke London Irish’s all-time appearance record, Loader is enthused about his future at Irish.

“To train and play alongside someone as experienced as Topsy is fantastic and I’m keen to learn as much as I can from him,” said the former Wellington College student.

“Topsy has obviously worked extremely hard to get to where he is now, and he leads the way with his professionalism.”

Loader was in Paris earlier this season for Ojo’s record-breaking appearance, an experience he says he will never forget.

“I travelled to France as cover in case any of the replacements picked up an injury in the build-up to the game,” said Loader, who saw Ojo mark his personal milestone with two tries.

“From the moment that we arrived in Paris to when we were getting on the Eurostar to return to London, the whole experience was incredible.

“The experience was made even more special by seeing Topsy mark the appearance record in style and that’s what I want to aspire to.”

Loader’s journey began at the age of six, turning out for local club Reading Abbey on cold Sunday mornings then after catching the eye of county selectors in his early teens, Loader demonstrated his predatory instincts with Berkshire to earn himself a move to Irish’s academy.

“I remember training at the old Avenue training ground before the move to Hazelwood and that was great to experience,” said Loader.

“I joined the club slightly later than the first point of entry into the academy. I was 15 when I joined.

“From that moment on, I played in all the academy festivals and came through the system with fellow senior academy players Sam Collingridge and Josh Basham.”

While attending Reading School, Loader got his first taste of international rugby with England Under-16s.

“Reading School developed me well as a rugby player and I remember getting the chance to play against Wales away.

“Even at that level there was a hostile atmosphere in Wales and it was a great learning curve for me.”

Loader made his debut for the London Irish senior team in the Anglo-Welsh Cup fixture against Gloucester back in November and he is itching to enhance his rugby education and claim a regular starting spot.

“I’m really enjoying my time at London Irish and I just want to keep improving my game,” he said.

“The ultimate goal is to of course play regularly for the first team, but there’s a lot of work for me to do between now and then.”

Loader is certainly on the right path, and with footballer brother Danny having been part of the triumphant England Under-17 World Cup-winning squad last summer, the Loader household is bursting with pride.

Younger brother Danny, who is contracted to Reading Football Club, scored twice in the group stages for the Three Lions on their way to World Cup glory.

Revealing that there is some friendly banter between the two of them, Ben said: “I like to remind him that rugby is tougher than football, but joking aside I’m delighted for Danny.

“He’s worked extremely hard to get into the England squad and to win the World Cup at any age group is phenomenal.”

The England Under-17 football team capped off a remarkable summer for the Football Association, who saw the under-19s win the European Championships and the under-20s lift the World Cup.

With the 2019 and 2023 Rugby World Cup tournaments on the horizon, Loader will have dreams of pulling on the famous white jersey.

The first game of 2018 will see London Irish’s first ever clash with a Russian team as we welcome Krasny Yar to the Madejski Stadium on Saturday 13 January (kick-off 3pm)! Under 13s are just £1 throughout the stadium and adult tickets are on sale from £18 if you book in advance by calling the Ticket Office on 0118 968 1016 (Monday to Friday 9am to 5pm, Saturday 9am to noon) or online at www.lidirect.co.uk.