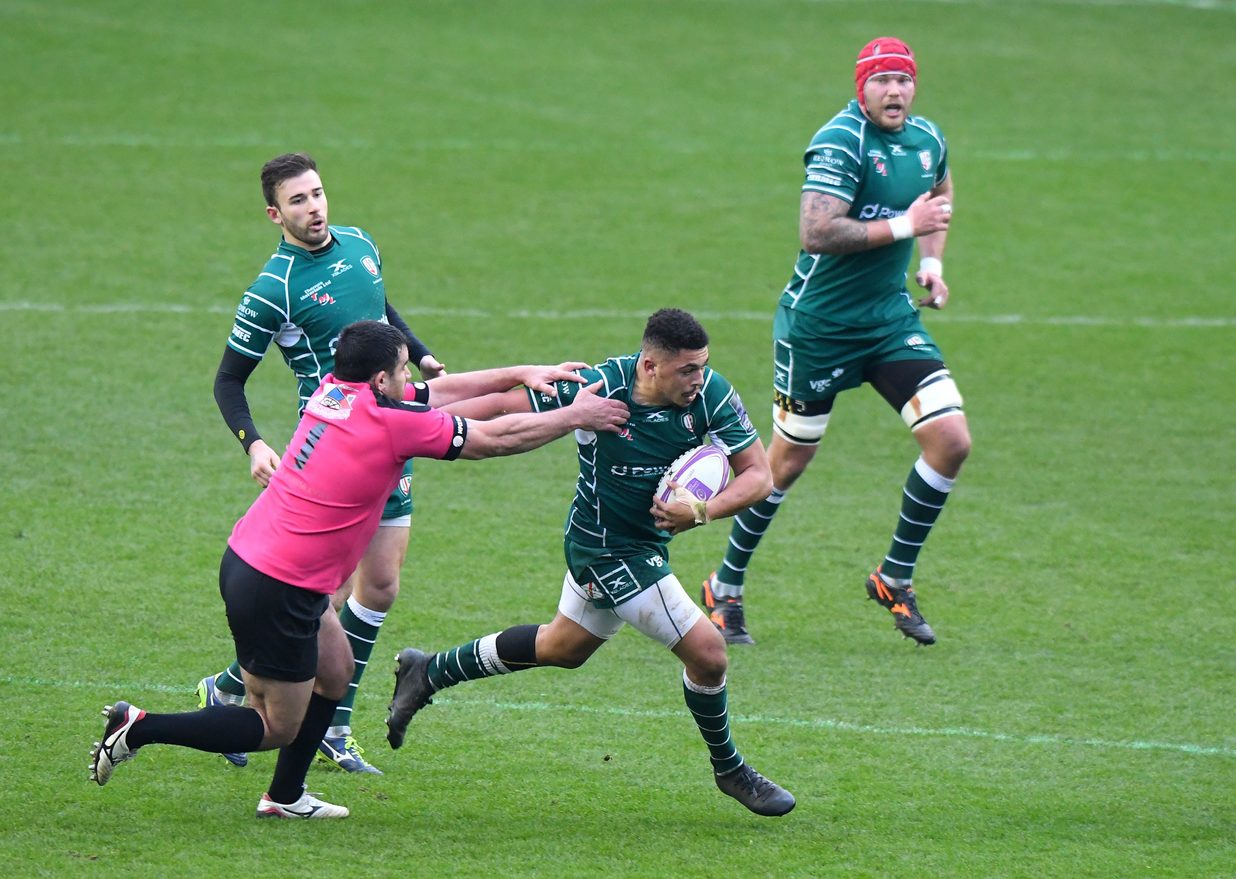 Isaac Curtis-Harris is the latest member of the senior academy to be put under the spotlight in our academy features, the energetic back row having enjoyed some valuable game time in recent weeks.

A key part of London Irish’s Premiership Rugby U18 Champions side in 2016, Curtis-Harris sustained a torn hamstring soon after meaning that the 20-year-old had to write off last season.

Showing incredible determination to make a full recovery while watching fellow academy graduates gaining crucial minutes on the pitch in the Championship, Curtis-Harris is now looking to the future with Irish.

“I had a grade three hamstring tear right off the bone, which couldn’t have come at a worse time for me, so this is quite an important season for me now to prove that I’ve still made some progress as a player,” said the former England Under-17 player.

“I’ve played a lot of A League rugby, been on loan at Esher and got my first taste of European Rugby during our win in Paris which was brilliant.

“To beat the cup holders in their own backyard was quite surreal and I’m focused on trying to put my hand up for selection in the Aviva Premiership.”

Idolising athletic back row Yannick Nyanga as a youngster, Curtis-Harris says that his relatively small physique for a back row is compensated by his speed and tenacity with ball in hand.

“Sam Simmonds is under 100kg and he’s just played for England, so it makes you see what’s possible if you work hard, even if you’re not in the mould of a traditional No 8,” said Curtis-Harris.

“I’ll never be a Billy Vunipola, but there are areas of my game that I’m working on to make up for that lack of size. I’m pretty quick for a back row, having played in the backs at Basingstoke until I switched to the forwards, and I like to think my physicality is right up there.

“I can get myself around the field with my skills and send people backwards when I hit them in the tackle.”

As well as looking up to Racing 92 hitman Nyanga, Curtis-Harris has taken tips and advice from Tom Rees, who played for Basingstoke.

“I was a big fan of Tom Rees when I was younger and met him a few times,” said Curtis-Harris.

“His England shirts are all over the clubhouse at Basingstoke so that was pretty inspiring, but then everyone wanted to be Richie McCaw as well.

“As I’ve mentioned already, the guy I tended to look at more was Nyanga, who was a big idol of mine. He had the lot with his huge physicality, explosive pace, good tackling technique and made it count for his size.

“If I could achieve a bit of what he did as a player, I’ll be happy.”