A Close Shave for Charity 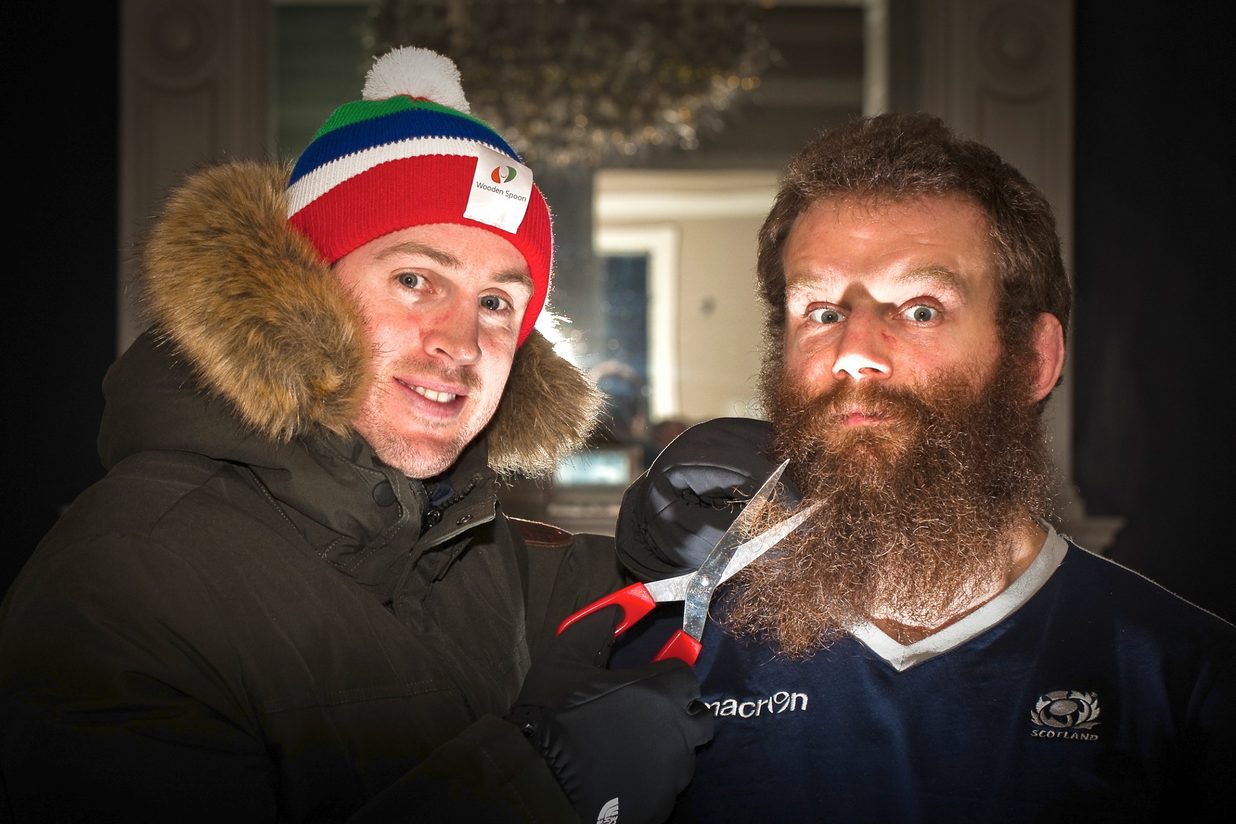 One of the best beards in international rugby is to finally meet its destiny at the end of March all in the name of charity. Scotland international and London Irish tight head prop Geoff Cross, has agreed to remove his beard completely to support the fundraising efforts of his former Edinburgh Rugby team mate, John Houston.

Having recently been tempted to keep the trademark beard for a little longer, beyond a year’s growth, Geoff has agreed if he can raise £10,000 he will shave it off completely. The money raised will go to the children’s charity Wooden Spoon, which is dedicated to transforming the lives of disadvantaged children and young people across the British Isles through the power of rugby, and will also support John’s fundraising efforts. He needs to raise £50,000 for the 2015 Wooden Spoon Artic Rugby Challenge.

John, who retired from professional rugby last year, will set out from Resolute Bay, Canada in the middle of April 2015 to trek up to 100 miles to the Magnetic North Pole in just seven days. Once the teams arrive at their final destination they will play the northernmost rugby match in history in what will be a Guinness World Record attempt. The teams will be captained by fromer England players, Tim Stimpson and Ollie Phillips and the match will be refereed by Lee Mears, former England and British and Irish Lions hooker.

Commenting on John’s fundraising activity Geoff said: “The beard has attracted a lot of mixed responses. Some of which have even been positive and admittedly I have been tempted to keep growing my beard beyond April. However if we can generate enough support and people dig deep into their pockets I will shave it off at the end of March.

“Wooden Spoon is an inspirational charity. The work they do relies heavily on fundraising activity and charitable donations as well as hard work and dedication. What John and the rest of the team are set to embark upon should be applauded. The money raised will go a long way to ensure the charity can keep doing what it’s doing, helping to transform the lives of young people who need a helping hand.”

John added: “To have Geoff’s support is a great bonus. After a year of growth there is a lot of hair to be removed and if we can generate enough donations to shave it all off and help bolster my fundraising efforts to support Wooden Spoon then even better. We don’t want him tempted to keep it for longer!”

John will be joined on the world record breaking expedition by former Edinburgh Rugby player Steve Turnbull as well are joined by two other Scots, Andrew Walker, who played rugby for Dumfries Saints and Fergus Davidson, who appeared for Edinburgh Academicals.

To pledge your support for the removal of Geoff’s beard and to help John reach his target please donate here: