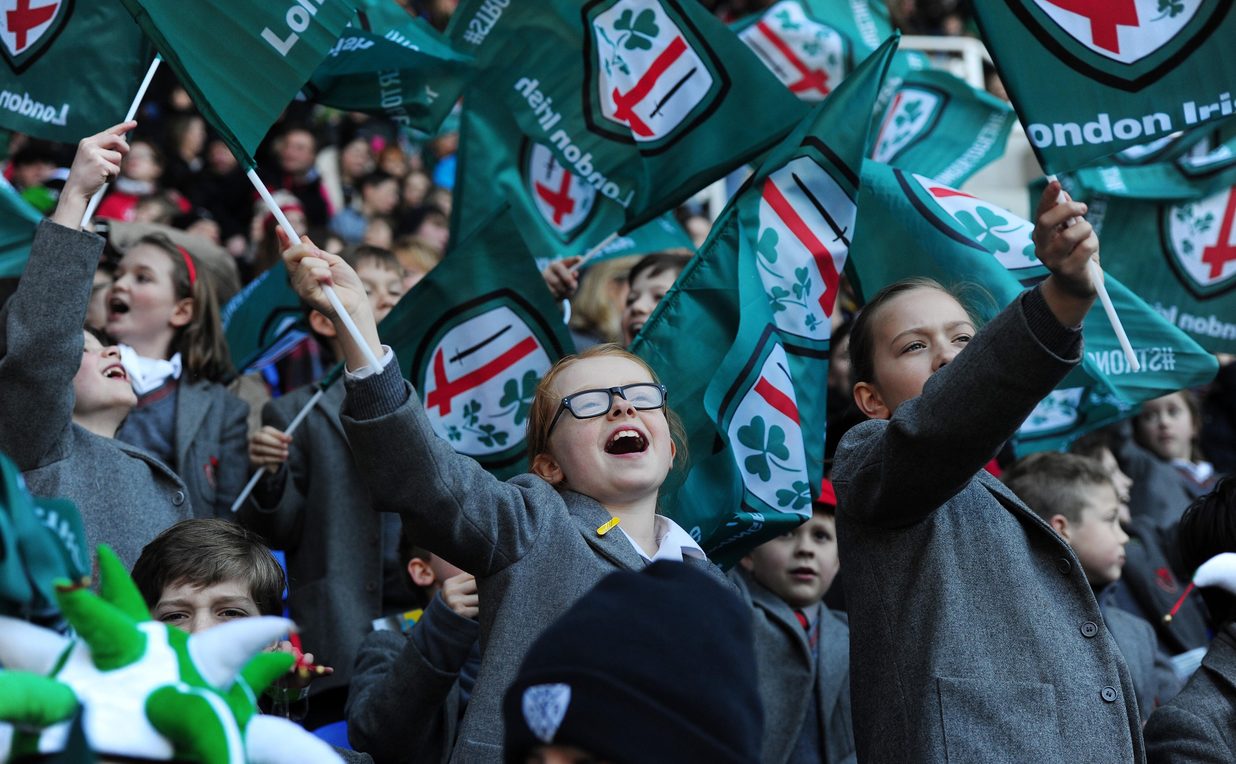 This year’s St Patrick’s Day Game, sponsored by Norton, was a huge success and capped off with a vital four points for the team.

The first of our attendees entered the Supporter’s Village as soon as the gates opened at 11am, ready to enjoy the craic and what was to be a thrilling game of Aviva Premiership rugby.

Our Supporters Village was soon packed full of supporters who were kept busy throughout the afternoon with the vast array of entertainment on offer. Our matchday sponsor Norton, pulled out all the stops and tested people’s rugby skills at their Rugby Cube and Bold Defence before entertaining the crowds in the bowl with their T-Shirt Cannons and half time kicking competition.

GAP Group Hire bought along their ‘mini digger’ and passing challenge to keep the kid’s entertained as the adults headed to the heart of our Supporter’s Village to purchase a refreshing beverage at the Guinness Inflatable Pint.

Kick-off soon came around and supporters took to their seats for what was a nail-biting 80 minutes of end to end rugby. Halani Aulika provided the only London Irish try in the first half before Blair Cowan’s try in the last quarter alongside Greig Tonks’ conversion and penalty goal secured London Irish’s 23-18 vital win. London Irish players were quick to thank supporters for their efforts with Greig Tonks tweeting “Timed it well to have my first home game for @LiRFC at a packed Paddy’s day Madejski. Cracking atmosphere.” Try scorer Halani Aulika tweeted his elations following the game, “Massive Thank You to all London Irish supporters for the turn out today. Great result from the team. #KeepItGoingIrish #StrongerTogether.”

The celebrations continued in to the night as the crowds flocked to the main stage to dance and sing in the night before the fun came to an end at 8pm.

London Irish would like to thank all of our partners who attended on the day. Thanks go to Norton, Cancer Research, GAP Group Hire, Ridgeway and Guinness for being a huge part of our St Patrick’s Day Game.

We would also like to extend our gratitude to those who joined us for the day and helped create the fantastic atmosphere at the Madejski Stadium. The McGahan Less Irish Dance Academy were spellbinding during their performances on the stage and pitch, the GAA gave a brilliant half time demonstration, the Irish Guards stood tall as they provided the Guard of Honour alongside their regimental mascot, Domhall the Irish Wolfhound and Reading Buses provided an assortment of activities including hosting family favourite, Roly’s Magic Show.

Finally, a huge thank you goes to our loyal supporters who helped us paint the Madejski Stadium Green this St Patrick’s Day Game and were vital in London Irish’s vital win over Gloucester Rugby. Head of Rugby Operations, Glenn Delaney, spoke to the crowds following the emphatic win saying "We're going to need you till the end of the season, we're going to need you here against Sale - every last one of you make sure you come back but first, you've got to have a party because you've worked so hard today and you deserve it. On behalf of the team and the Club thank you so much for coming today and making it what it is!"

Show your support at the next home game of the season when London Irish go up against Sale Sharks on Saturday 2nd April (kick-off 3pm). Let's fill the Madejski Stadium with London Irish cheer - Click here to buy your tickets or call our ticket hotline on 0118 968 1016. 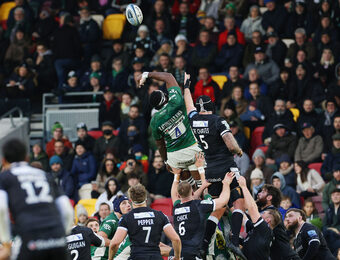 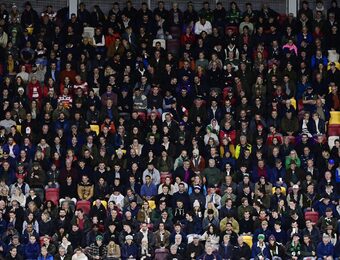