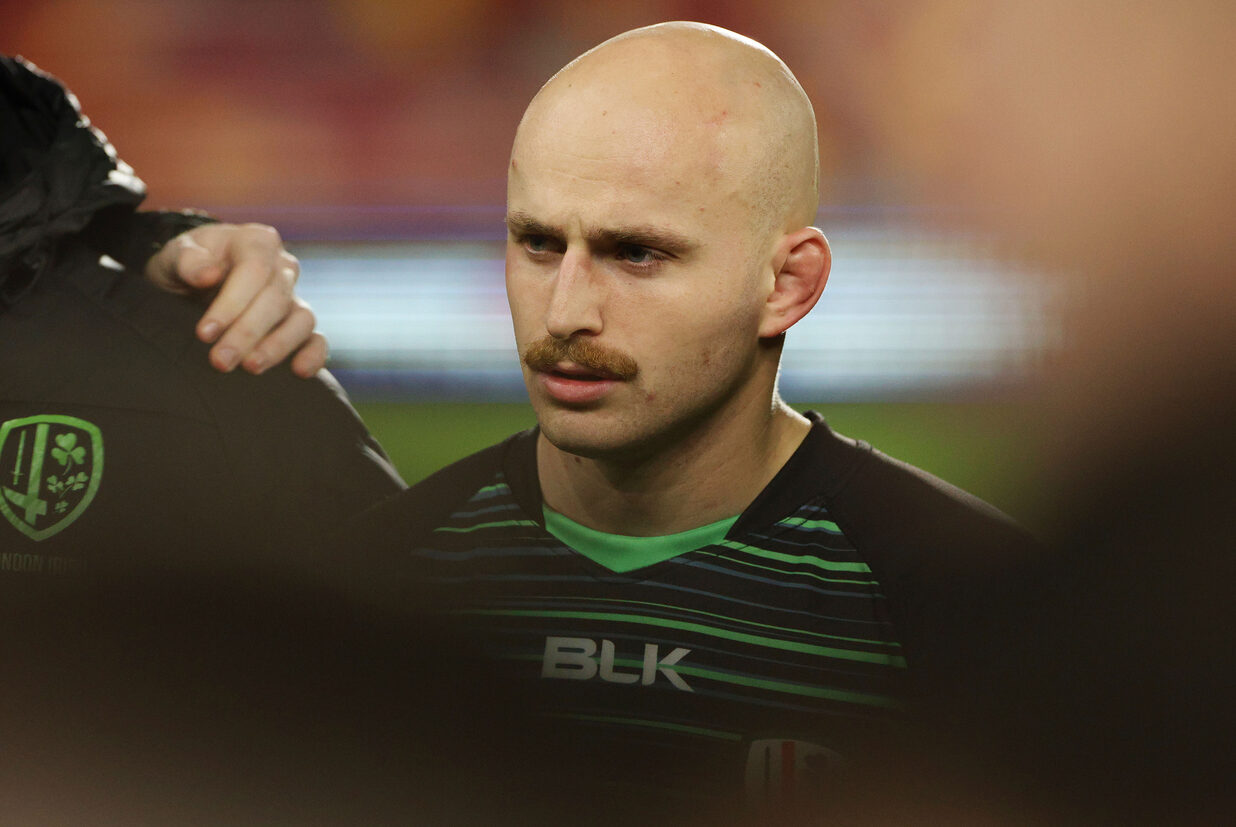 London Irish fly-half and Player of the Match Jacob Atkins communicated an outpouring of praise to teammates and coaches following on from the Exiles qualifying for the semi-finals of the Premiership Rugby Cup.

The 25-year-old reached 50 Club appearances on the evening and was instrumental in Irish’s game against Bath Rugby, slotting three conversions from four attempts and dictating play in the 26-7 win.

The win solidified Irish as the top seed in this year’s tournament, qualifying with 20 points from an available 20 in Pool 3 of the tournament following on from wins over London rivals Saracens and Harlequins, as well as semi-final opponents, Northampton Saints.

Speaking on the result, Atkins expressed his gratitude to the team and coaches in particular to the work put in the achieve back-to-back knockout stage qualifications in the tournament.

“It feels like it has been a long time coming for me personally, it was great for me to be on the pitch for 80 minutes and to be able to enjoy playing with a group of lads I really enjoy playing with, loads of which have come through the Academy,” he gleamed.

“20 points from 20 and being top seed in the cup is brilliant, it’s a credit to this group who have come out and performed massively, and that includes the three coaches who take charge in games like this: James Lightfoot Brown, Jonathan Fisher and Declan Danaher.

“The amount of work they have put in to make sure we have four bonus points from four and set us up with another home semi-final to right some wrongs from last year is immense.

“Those guys are helping to put the Premiership team together on top of doubling up to lead us in this campaign as well, I can’t speak more highly of those guys.” 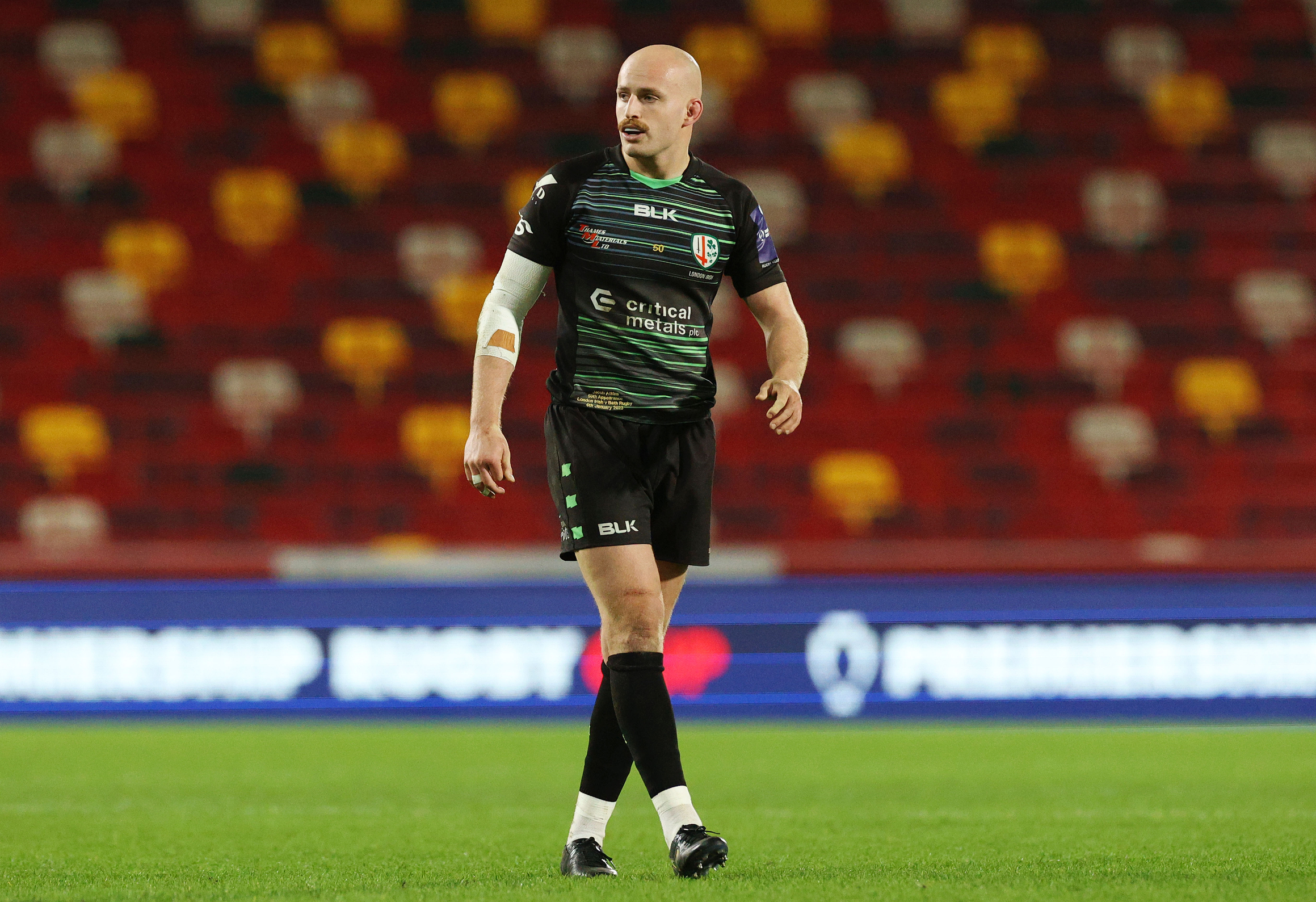 Making his debut all the way back in 2016 aged 18, the versatile back has come a long way for the Club he grew up supporting as a child.

16 minutes off the bench in a win against an Ospreys select side in the British and Irish Cup over six years ago was the inception of the journey leading to this week’s milestone.

Atkins reminisced on what it means to have reached the semicentennial mark for London Irish as one of the crop of Academy talent in recent years.

“I was a season ticket holder at the Club since I was a kid, I remember sitting in the stands with Jack Cooke, who I went to school with, and we used to come to the Madejski together to watch the team.

“To bring it up to 50 and do it with guys who are really special to me means a lot, people like Matty Williams who we made our debut together, and being out there at the full-time whistle was really nice.

“It was fantastic that it was at home as well, having family, friends and the non-playing squad here with us made it a great occasion.”

Amongst the midweek matchday squad was debutant Eddie Poolman, Irish’s new signing from Sydney University, with Atkins taking time to commend the fresh Aussie addition on another big achievement reached on the night.

“I was joking with him in the warm-up and asked if he had packed any base layers before playing!

“Eddie was fantastic, anyone who came here for the game sees what he brings on the field, but in terms of training and in the changing rooms, he has brought a huge amount of energy.

“He’s a really outgoing guy and I’ve enjoyed getting to know him over the last few weeks, he’s made a big impression and is another young talent to add into this back line that seems to be getting younger every year!

“Hopefully he can keep developing on from this game, he has a big future ahead of him and he should be very proud of himself.” 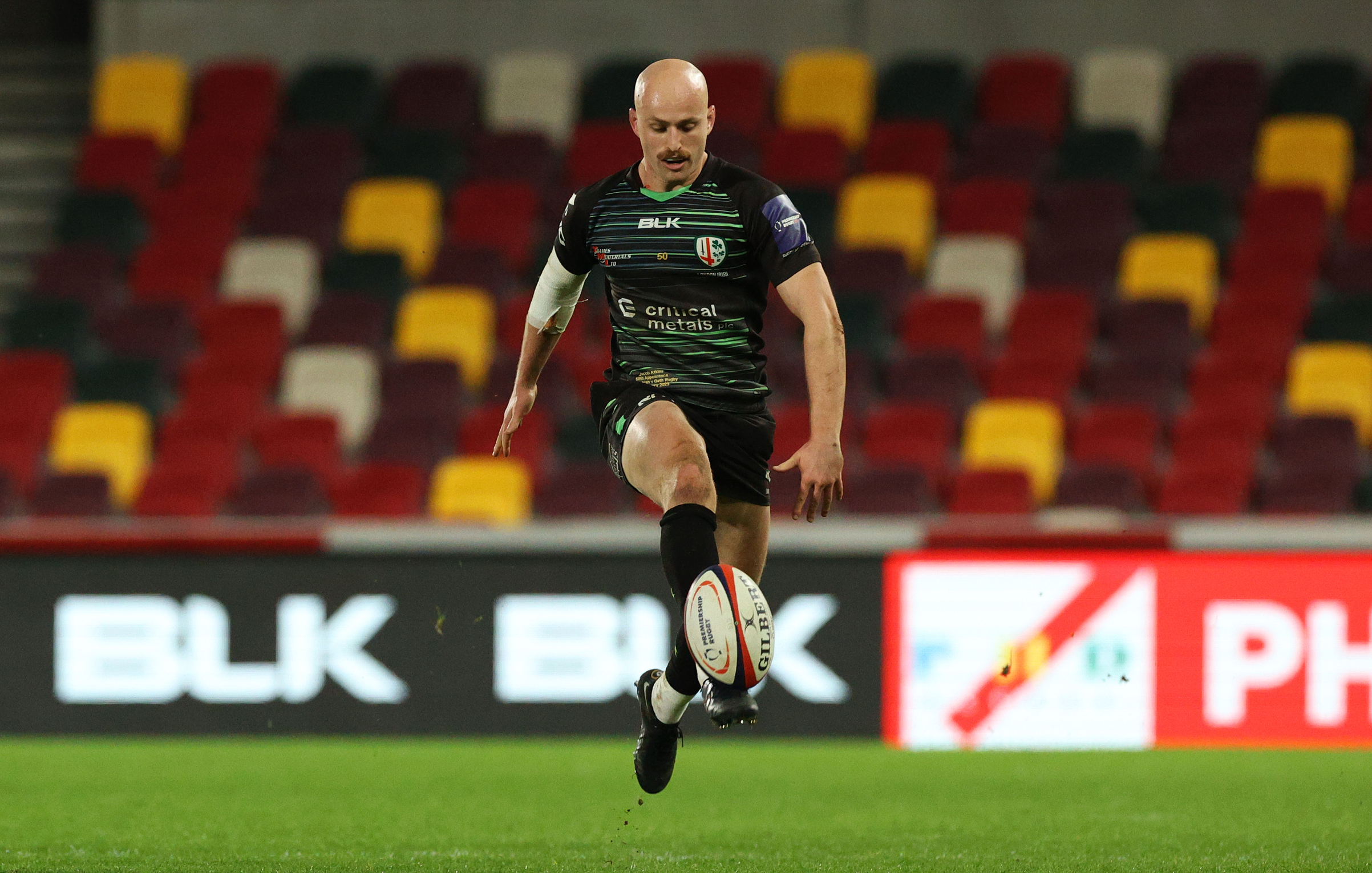 “We want to christen this stadium with a new trophy, it would be fantastic to have a piece of silverware to lift up in front of our fans.

“Over the last few years, we have played some incredible rugby and we have been a team that people want to come and watch.

“Pundits and the media always talk about it being exciting and being a team to watch, but to stand on our home pitch and lift up a trophy would be a fantastic springboard to then hopefully kick on to bigger and better things in the Premiership and latter stages of European tournaments.

“We have to start somewhere as a Club, and to lift that trophy would be huge for us.

“The tournament as a whole gives an opportunity to the boys who put in so much work throughout the weeks to prepare the team to go into Premiership games a chance to express themselves.

“I can’t speak more highly of those guys and their selflessness, putting their bodies on the line in preparation for games and the Club overall - they take pride in doing a good job.”