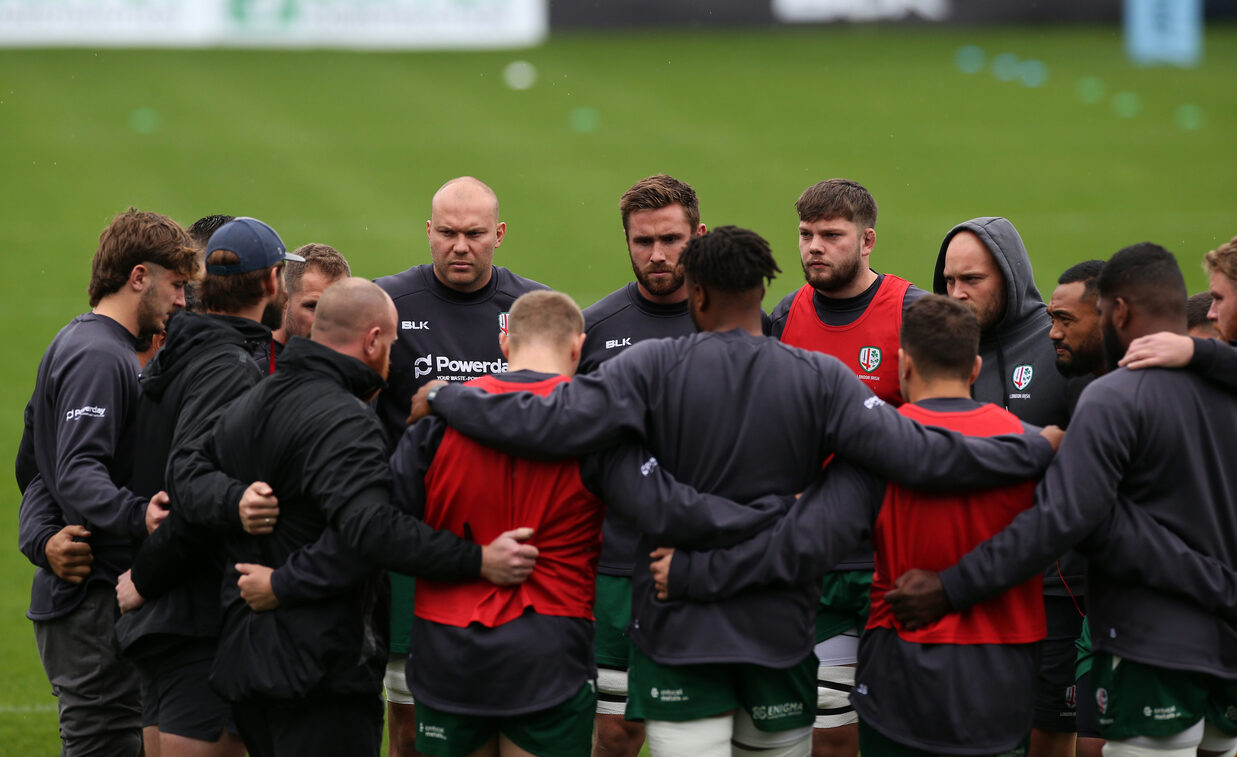 With the curtain now closed on the prolonged 2019/20 rugby season for London Irish, Director of Rugby Declan Kidney and CEO Brian Facer have reflected on a campaign like no other at the club.

When the 2019/20 season ground to a temporary, yet abrupt, halt in early March, owing to the COVID-19 pandemic, Irish were sitting pretty in eighth spot in the Gallagher Premiership.

Fast-forward to the Restart in mid-August and with various changes to the squad and an ever-mounting injury list, the Exiles’ second half of the campaign didn’t quite match what preceded it.

But a valuable win in the club’s penultimate fixture of the season against table-topping Exeter guaranteed a top-10 finish – and with the imminent move #BackInTown to our new home at the Brentford Community Stadium on the horizon at the start of the 2020/21 season in late November – a new chapter in the club’s history awaits.

It’s a prospect Kidney is excited about.

“Seeing the stadium with the entire squad for the first time recently really brought it home that we're embarking on a new chapter in our history,” he said.

“Of course, it won't be the same in the short-term without our supporters in the stadium, but we’ll be doing everything within our powers to make the fans feel part of our journey back to London during the time in which they unfortunately can’t be with us.

“And then when the powers that be decide that the time is right to let fans back in, we can all celebrate this new chapter together – hopefully that’ll be sooner rather than later for everyone concerned.”

The Exiles finished the prolonged 12-month 2019/20 campaign in 10th position, with 34 points. Expectation levels were perhaps raised after a strong opening half to the season, yet despite a difficult second half of the campaign, Irish ultimately achieved their primary goal of retaining their Premiership status, coinciding with the club’s return to London at the new Brentford Community Stadium for the 2020/21 season.

Reflecting on the second half of the season on a recent Supporters’ Zoom Forum, Kidney gave an honest assessment, commenting: “To say that the results were frustrating and disappointing and not what anybody wanted during this Restart period would be an understatement. 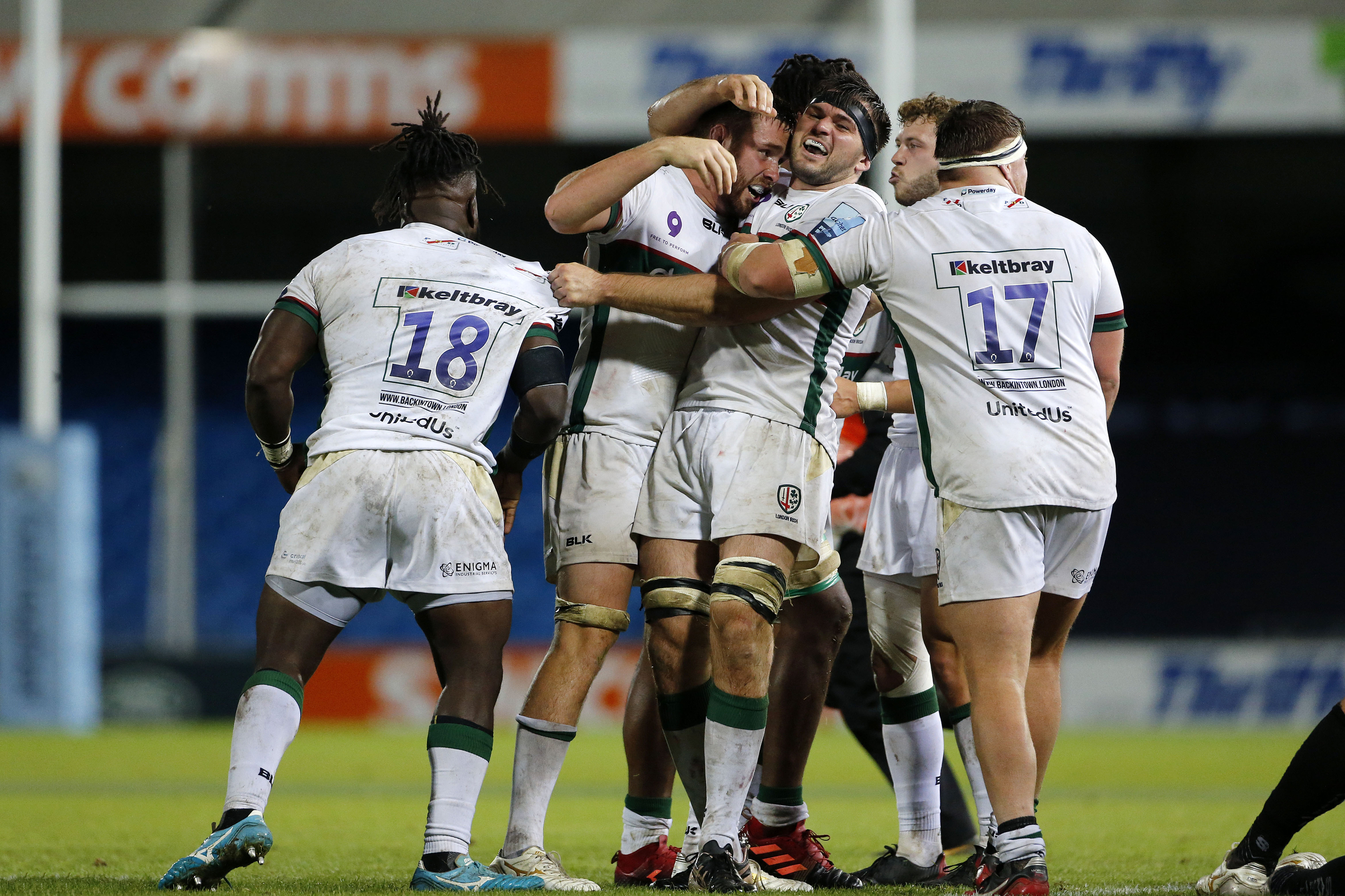 Despite rarely acknowledging the impact injuries played in his team selection post the Restart, Kidney provided an in-depth update, adding: “Once COVID hit in, we had to make some decisions, both in terms of rehabilitation and operations.

“Waisake Naholo was down in New Zealand. He had an operation on his knee before coming back to London. He's back up and running now. And as soon as the hospitals opened here, Adam Coleman went in for surgery. He had two surgeries, but he's back on the grass now too.

“Sean O'Brien and Steve Mafi had hamstring issues at the start of the Restart period – we felt that if we over-extended them during the end of the 19/20 season, we could end up pushing them too much that they'd risk missing out on the start of 20/21.

“Since then we’ve also lost Matt Williams for 6-9 months to an ACL injury, and Terrence Hepetema is out for 3-5 months with a broken wrist.

“Rob Simmons will join up with us after his Australia commitments, hopefully in time for Round 2 of Europe, so it's clear we'll be in a far stronger position at the start of next season, when the vast majority of the guys will be back to add extra competition to the squad.”

Kidney believes blooding the likes of Jacob Atkins, Rory Brand, Phil Cokanasiga, Matt Cornish, Isaac Curtis-Harris, Caolan Englefield, Chunya Munga, Izaiha Moore-Aiono and Josh Smart during this period – coupled with Jack Cooke captaining the side against Harlequins – will stand the club in good in the future, commenting: “It's been great to see some of the Academy guys come in and front up over the last few months.

“Nine guys made their debuts in this period and even though results have been painful for us all, the game-time and experience will be key for them all going forward. One match is worth 100 training sessions and this experience will be gold for some of the younger guys in the future.

“We knew it would take time, and when you don’t have momentum, losing becomes a habit. But we broke that cycle at Exeter and that is all credit to the players. To win that penultimate game of the season, guaranteeing a top-10 finish, shows the strength of character we have in this group.”

And with Irish eyes now fully focused on the club’s first season at the Brentford Community Stadium, despite the results, Kidney is in buoyant mood, commenting: “We're improving as a side.

“Even in defeats since the Restart I saw plenty of aspects of our game that I liked a lot – and now it’s about putting all the pieces together in the four weeks of pre-season leading into opening game at Worcester and then the first home game against Leicester at our new home in Brentford.” 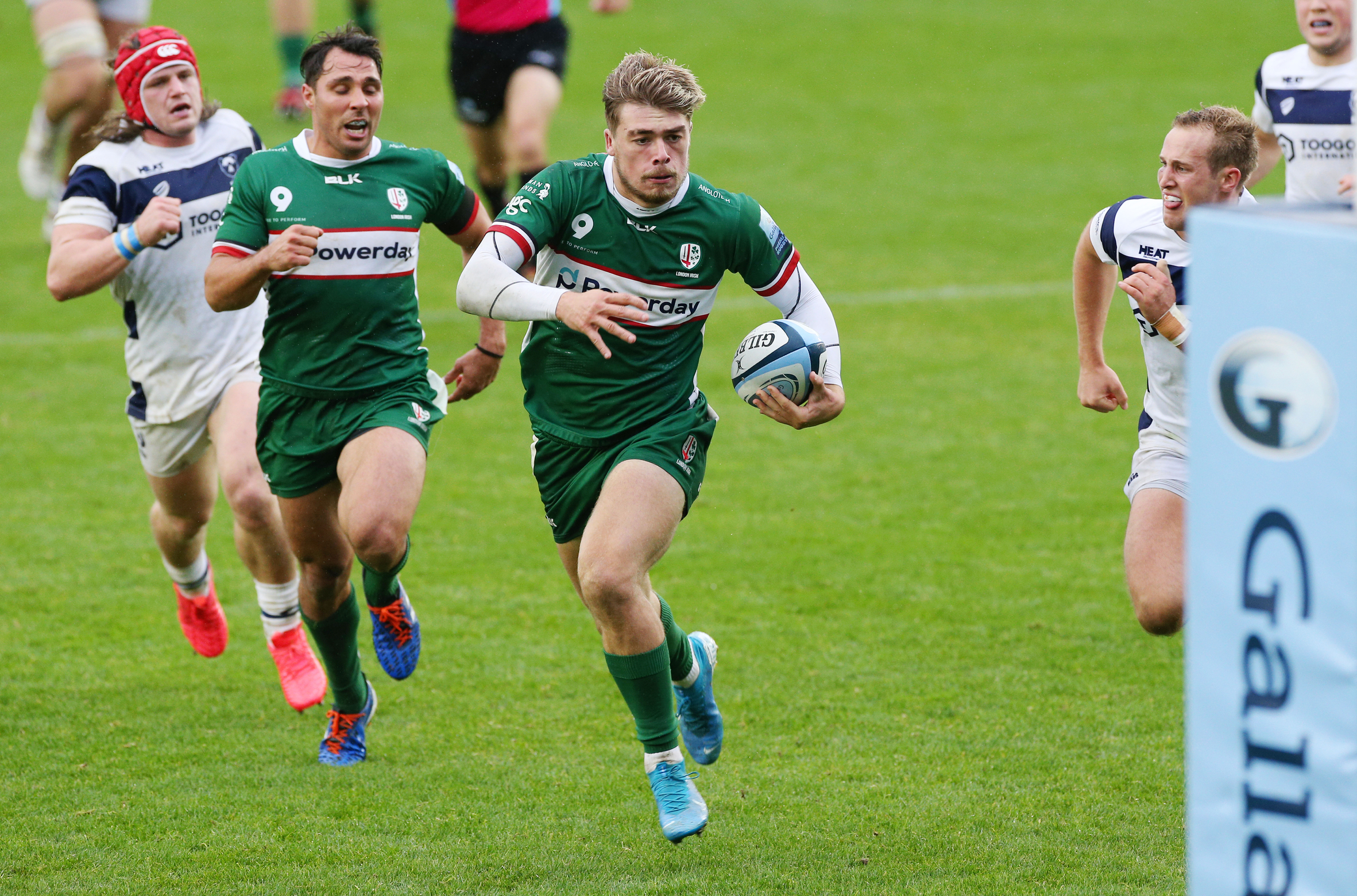 Whilst a lot of hard work has gone on on the pitch during a jam-packed schedule since the Restart, off the field matters have also taken on added importance, especially in the wake of the government’s recent announcement regarding a further delay to supporters being allowed back into stadiums.

“We need supporters back as soon as it’s safe to do so,” said CEO Brian Facer. “The test events in rugby proved that we can do that safely.

“Supporters are the lifeblood of the sport – without them, the sport is nothing. Sport is powerful in uniting people; it’s people’s release – good for their social well-being, good for their mental health. Going to the game and everything that comes with it is the fabric of people’s weekends.”

He added: “Professional sport provides significant contributions to the public purse and enormous amounts of physical and mental positivity across a wide range of community and grassroots sport. Simply turning the tap off has huge implications for clubs and consumers of all age ranges.

“The power of sport and attending live matches cannot be underestimated. Clubs are one of the biggest supply chains in the local community – a force for good that so many people rely upon.

“Our community links are stronger than ever and will continue to evolve following our move back to London. #PoweringTheNHS is still fresh in everyone’s memory – the work everyone did during that period was outstanding.”

Facer admits he understands – and shares – the frustrations of the clubs’ supporters, adding: “We can’t avoid the fact that it’s going to be a difficult winter for everyone – London Irish as a club and rugby as a sport are not unique to the situation – but I do believe that this will be a relatively short setback on the journey through the pandemic and that we will be crossing paths once again sooner than we think.

“It’s important that we, as a club, take our time to make informed decisions when all of the information is at hand. Therefore, I would ask you to remain patient, as you have done throughout the pandemic so far, while we try to make sense of the current situation and, in time, put the relevant building blocks in place to plan for our future.”

Finally, Facer issued a rallying cry to Irish fans, commenting: “Now is the time for all of us to stick together.

“The strength of the Exiles family has always been togetherness, through the good times and the bad, so it’s as important as ever that we all continue to look out for the club and each other.

“If you can dig deep to buy the new kits, then do. If you can engage in some of the events we’ll be running ahead of next season, then do.

“Finally, if you feel as strongly as we do about getting fans back into stadiums, on behalf of the club, I would urge you to write to your local MP and post your support for the club on your social media platforms. It’s vital our collective voice is as loud as it possibly can be during these unprecedented times.”