100 up for Alex Lewington 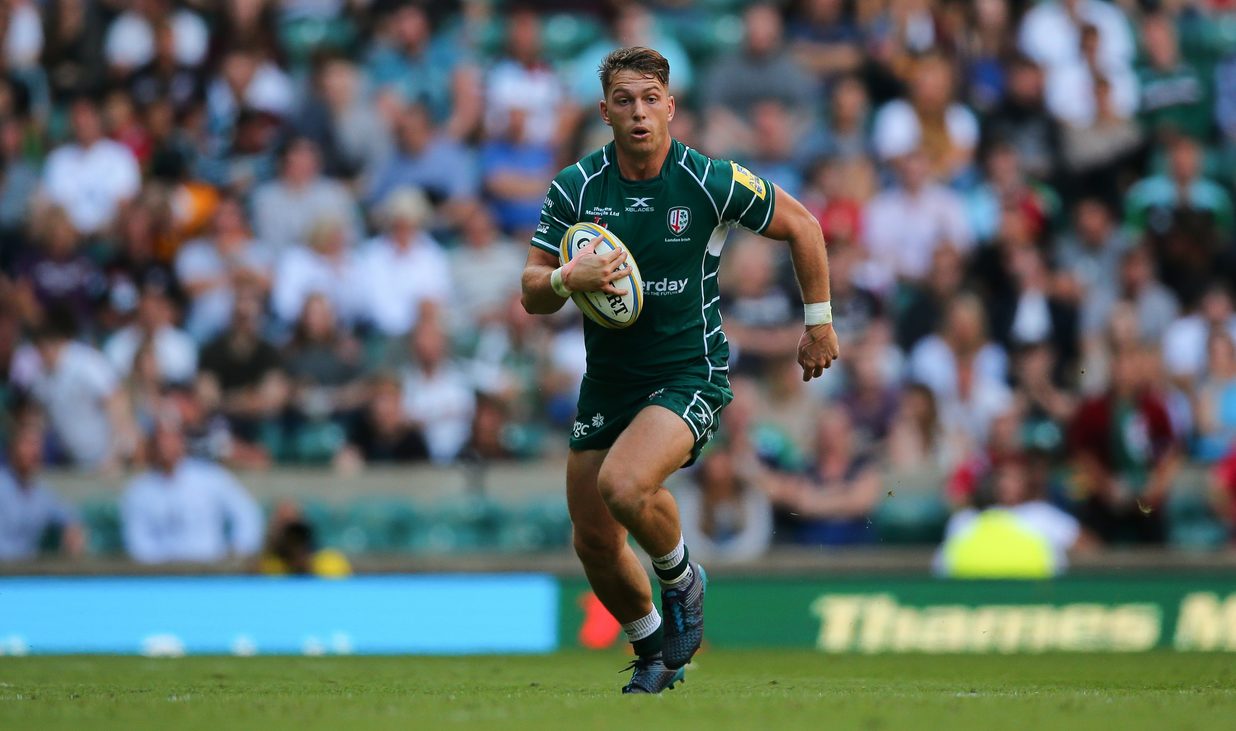 Alex Lewington will make his 100 th appearance for London Irish this Sunday as the Exiles welcome Worcester Warriors to the Madejski Stadium in the Aviva Premiership (kick-off 1pm).

The London Irish wing, 26, chalked up his 50 th try for the club last weekend, the predatory finisher bagging a first half brace against Northampton Saints at Franklin’s Gardens.

Now Lewington, who will be watched on by his family and friends this weekend, is desperate to mark the milestone with a win.

“I’ve got a lot of very good friends at London Irish and I’ve got some really good memories from my time here,” said Lewington.

“We’re all really looking forward to the game against Worcester and we’ll be doing everything we can to record a victory.”

Lewington’s ratio of one try every two games is an impressive stat, the Nottingham born flyer keen to give it his all prior to his move to Saracens at the end of the season.

“I’m very proud of my try scoring record and it’s the sort of record that I wanted to achieve when I first joined the club,” said Lewington.

“After the game on Sunday, I’m sure I’ll reflect on making my 100 th with a lot of pride.”

London Irish’s next home game is against Worcester Warriors on Sunday 25 February (kick-off 1pm), with tickets available from £3 for under 13s and £23 for adults by calling the Ticket Office on 0118 968 1016 (Monday to Friday 9am to 5pm, Saturday 9am to noon) or online at  www.lidirect.co.uk .