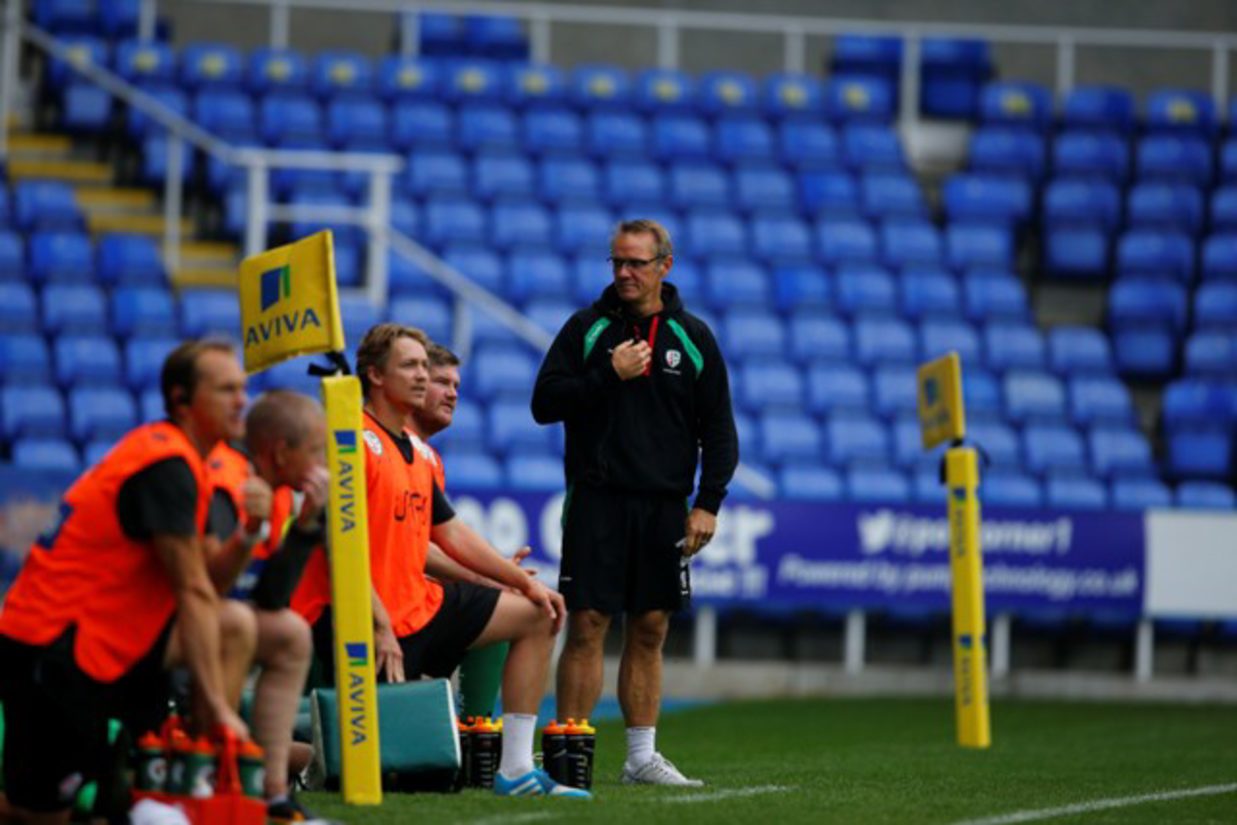 Brian Smith is looking for Irish to build on last weekend’s performance against Saracens this Saturday when they travel to Welford Road to take on Leicester Tigers.

London Irish had victory snatched away from them in the dying moments of the game on Saturday as Billy Vuniploa crossed the line with a minute to go to claim victory for Saracens.

Reflecting back on the game, Exiles Director of Rugby, Brian Smith had nothing but praise for his side’s excellent performance that insured a crucial two points for Irish.

“I am still refusing to allow the last 30 seconds of the 80 minutes to define the performance because I thought the first 79 and a half were very, very good,” Smith said.

“We played with a lot of character, guts and determination so the performance was everything we wanted from our group and the result alluded us, but that’s life.

“We’ve got to dust ourselves off now and get ready for Leicester and I think even though the boys are disappointed and we all felt the loss, I think inside everyone has grown a little from the performance.

“Again we have gone toe-to-toe with possibly the best team in Europe, if not then certainly one of the top two, and we gave a great account of ourselves.

“The signs are very good and there will be a residual belief from that performance and the big challenge for us now is to get over the disappointment and get ready to go to war again against the Tigers at their place.

“We aren’t going up there to make up the numbers. We respect everyone and fear no one so we go with that same mind-set and attitude on Saturday.”

Many of the Irish players had stand out performances, none more so than Birthday Boy Alex Lewington who celebrated his 23rd in style by collecting a hat-trick of tries and Smith was over the moon with his winger’s efforts.

“It was a great day for Lewi getting a hat-trick on his birthday so I don’t think he will be forgetting that.”

“Steeley laid on two of those tries with his wonderfully weighted kicks so it’s good to see the young, former Leicester boys, get their opportunity here and are really putting themselves on the radar in the Premiership.

“We are pleased for them both and very proud of their efforts and obviously we will support them and make sure they are capable of repeating that performance.

“Shane has been incredibly selfless in that he knows he is playing out of position,” Smith continued, turning his attention to Shane Geraghty who also put in a stellar performance at inside centre.

“In my view he is a ball player so he can play either ten or twelve. He is very selfless in that he understands that for the team right now we need him to play twelve and our general attacking shape has improved with the ten/twelve combination giving us a bit more width.

“I think if Shane keeps on putting in these kind of performances and keeps kicking the way he is kicking he’s got to be looking at a Saxons call up or indeed he’s got to have his hat in the ring with the rest of them.”

Smith will be hoping Geraghty will maintain his current run of form when they visit Welford Road to face Leicester Tigers this Saturday, 27th September.