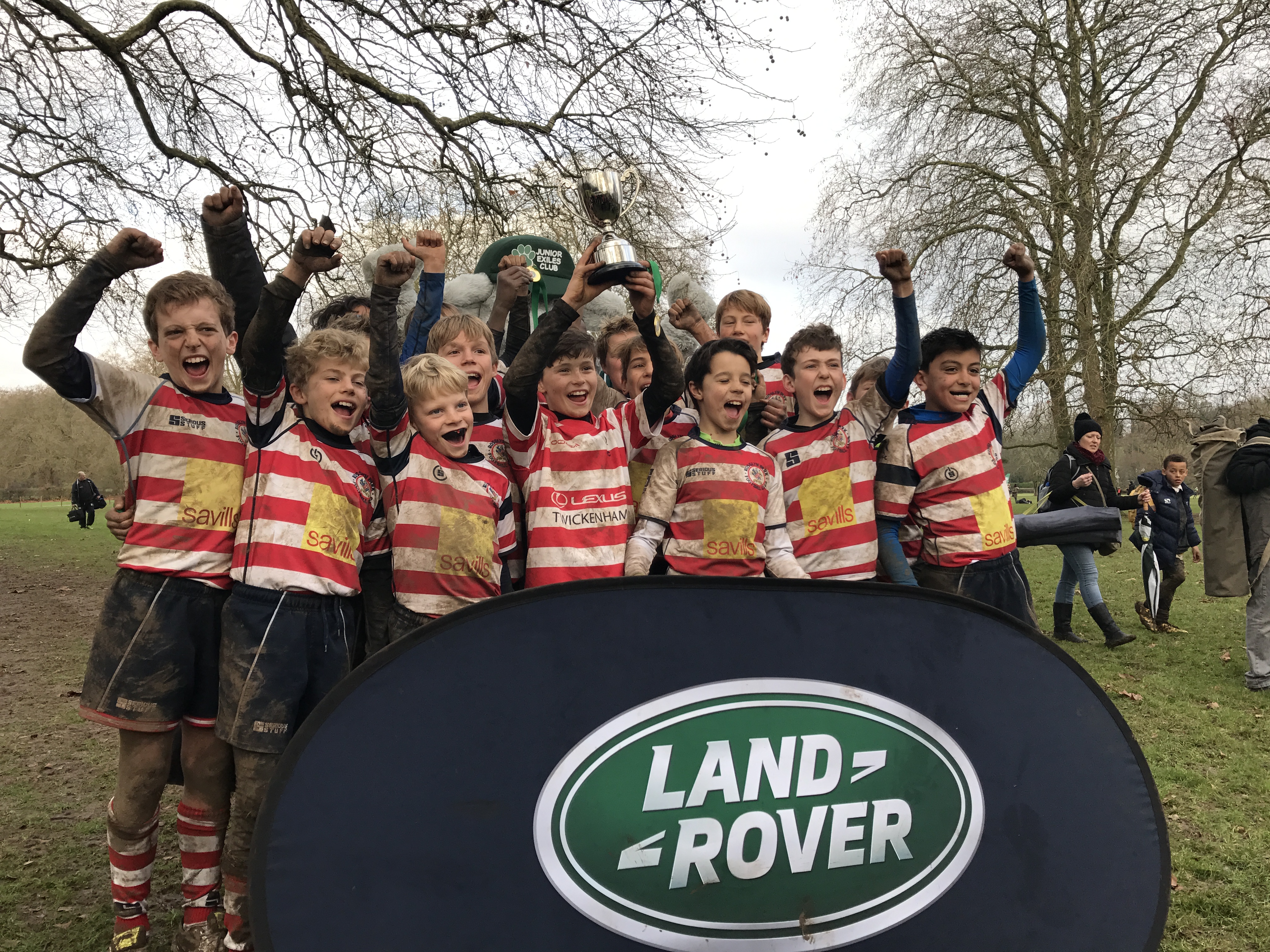 London Irish hosted their annual Land Rover Cup at Henley Hawks RFC on Sunday 3 December 2017, as youngsters from across the region showcased their skills.

Despite heavy rain, the weather was not going to dampen the spirits of the many under-11 and under-12 teams taking part in the event.

The under-11 teams went toe to toe with each other in a round robin tournament, with the core values of supportive rugby and good pitch side behaviour coming before the results.

At the end of the competition all of the teams were presented with medals, while Maidenhead RFC were awarded the Fair Play Cup.

The under-12 competition welcomed 16 teams, the closely contested pool matches underlining the quality on show from the budding stars of the future.

Rosslyn Park were the eventual winners of the cup, defeating Henley Hawks in the final in front of London Irish players Tom Parton and Matt Williams.

“The quality of rugby throughout the day was superb,” said head of community Andy Keast.

“In difficult weather conditions everyone gave their best and there was some excellent rugby on show. A big thank you to everyone who participated.”

Bill Pulling, community marketing and events organiser said: “The London Irish community team would like to thank Henley Hawks RFC for allowing us to host the Land Rover Cup.

“A huge thank you to all of the volunteers for assisting with the parking and to the parents and coaches for all of their hard work in getting the teams to the event.”